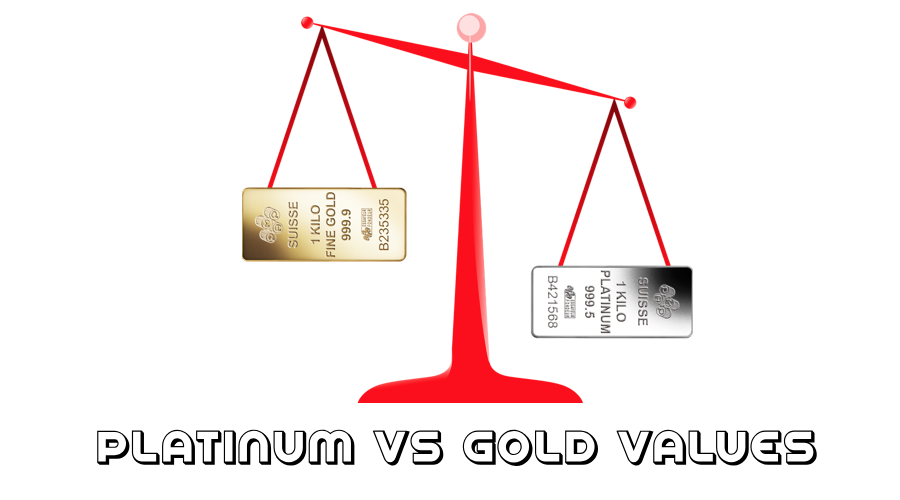 Platinum has not been this cheap vs. gold since 1907 AD.

In other words, in over 110 years, we have not seen platinum values slump this far versus the price of gold.

Here at SD Bullion, we have covered Platinum fundamental investment factors as well as information about supply-demand factors at play today.

South Africa is the major miner of platinum ore in the world, accounting for about 70% of all new line platinum annually.

But given that we often have bullion sales on Platinum coins and Platinum bars.

We believe now is a valuable time to point out platinum’s historic undervaluation versus gold prices ongoing.

Check out this following long term monthly price chart comparing platinum prices versus gold prices in US dollars since the late 1800s. 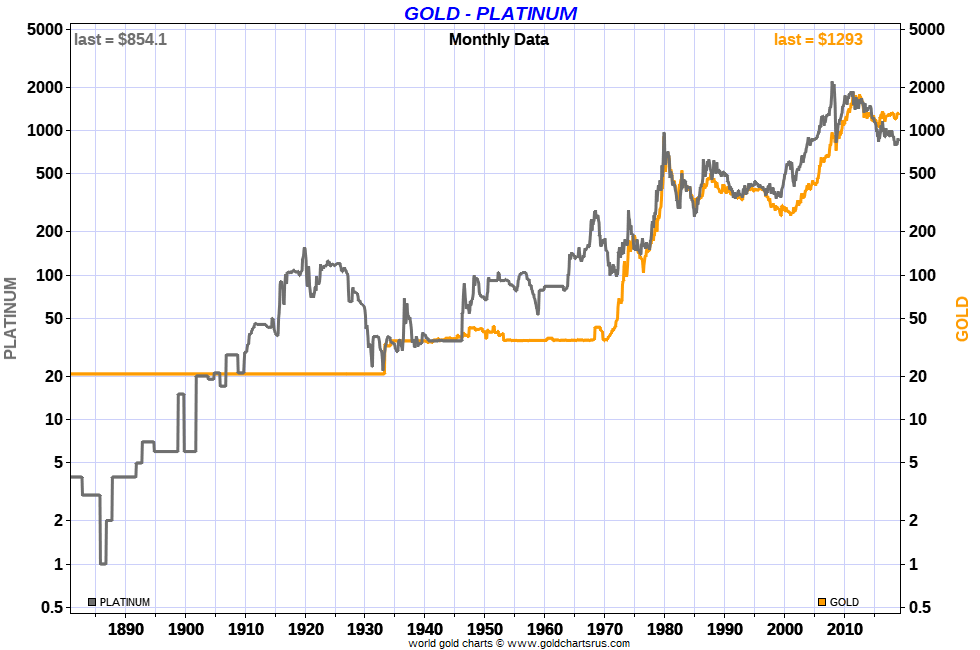 As you can see by the chart above, platinum was worth more than gold for the vast majority of the 20th Century.

It was not until the global financial crisis of 2008 that gold prices began to overtake platinum prices in terms of overall, now fully fiat US dollar valuations (Post-1971). 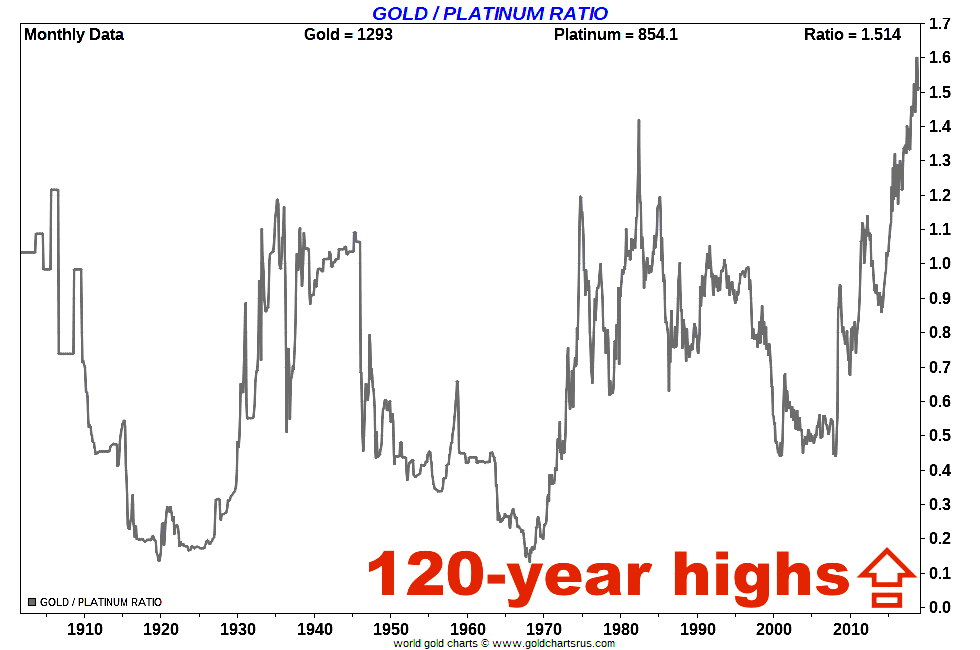 The value of gold in terms of current fiat US dollars versus platinum prices is now at 120-year highs.

While this overshoot of the more than century-long ratio median and mean could go on for longer and even grow more significant, ultimately we know there is way less physical platinum availale to the world than gold. In the next commodity bull market, we expect platinum would likely outperform gold for a short sprint back into towards the historical average of this long term ratio (back towards 1 to 1 parity at the very least).

With the following chart, we will further examine Platinum vs. Gold prices throughout this post-1971 full fiat currency era in which NYMEX and COMEX futures contract markets have been the main price discovery force for each respective precious metal. 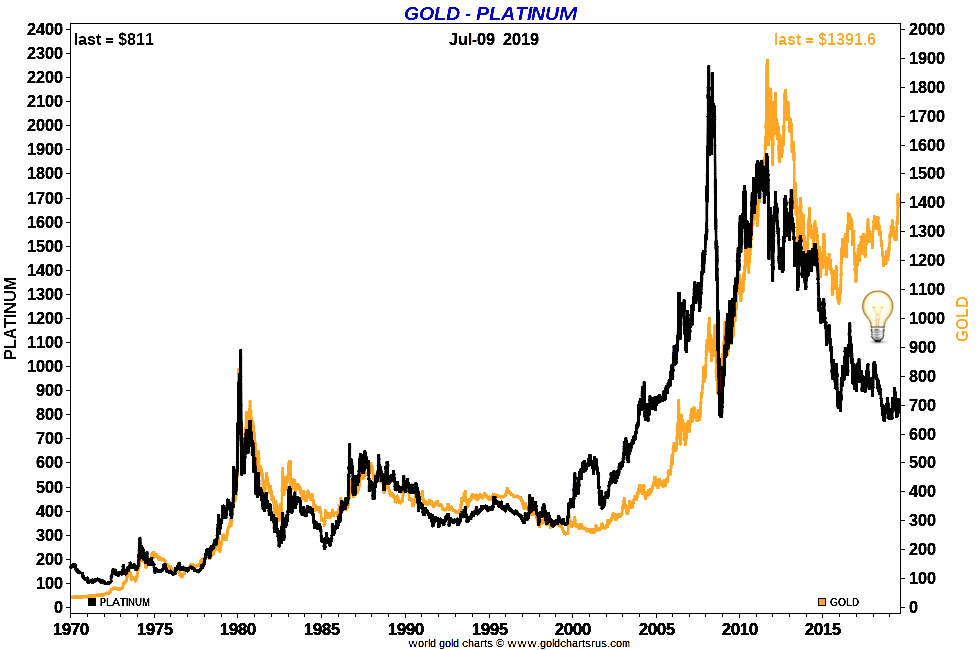 In times of financial stress and monetary turmoil (e.g., 1980), platinum tends to behave more like gold and other precious metals with widespread hoarding.

The last major monetary disorder in 1980 saw all four primary precious metals reach new nominal record-high price points within months of one another.

If we happen to see another scenario like that again in the decade to come, those who buy platinum today will be happy they did so.