The Fed has already made unprecedented moves to bolster liquidity both amid this viral pandemic and also leading into it, for many months before it was reported in Wuhan, China.

As the Federal Reserve still effectively bails out many intermediaries amongst its 24 primary dealer networks, via their still ongoing NY Fed's REPO loan program. They have now loaned out over $10 trillion since it began in middle September 2019.

None of the journalists on this zoom call will ask any questions about that ongoing program.

Here we boil down the highlights for you in a quick few minutes of time.

Hello this is James Anderson of SD Bullion.

A quick update to our video from a week ago entitled, "Gold's Global Fiat Currency Beatdown is On."

Here in this week’s video is an even further quick look at how 130 of 170 fiat currencies from around the world are now hitting record prices denominated in gold.

Here in the USA, our devalued fiat Federal Reserve note is less than $200 units away from its August 2011 gold price high.

And with our central banker both talking and blowing out our balance sheet like that, it is only a matter of time before we join the other 130 on this list like the euro, pound, yen, and yuan.

Within the video, we cited how after the US Civil War's fiat Greenback vs Gold and fiat Confederate States dollar era, the price of gold nearly 8 folded in value in the subsequent years that followed.

Depicted in the embedded video this week, is the original Money Printer Go Brrr meme from the year 1864. Depicted is the Greenback currency era being clowned on. The cartoon is entitled Running The "Machine". In the image President Lincoln is seen on the left hand side cranking on Chase's Patent Greenback Mill.

Now over 155 years later many talented graphic artists on the internet openly mock the private Federal Reserve chairman. Given that he and his outfit are now using military-like terms such as 'winning this battle' as cover to unleash record size and speed balance sheet expansion, it is not surprising people are offended.

Included too in recent unaudit-able Fed actions is a rarely reported alphabet of likely law breaking Federal Reserve programs. Some use US Treasury (SPVs) as cover to both buy and prop up financial markets such as junk bonds. Given that the US corporate sector pre-viral crisis had not saved for a rainy day but instead, had collectively achieved record corporate debt levels.

So to end this week's brief update, I want to finish with another cartoon or meme of our forefathers from the US Greenback era. One that might help us all not have to relearn difficult lessons many of our forefathers suffered in learning the hard way. 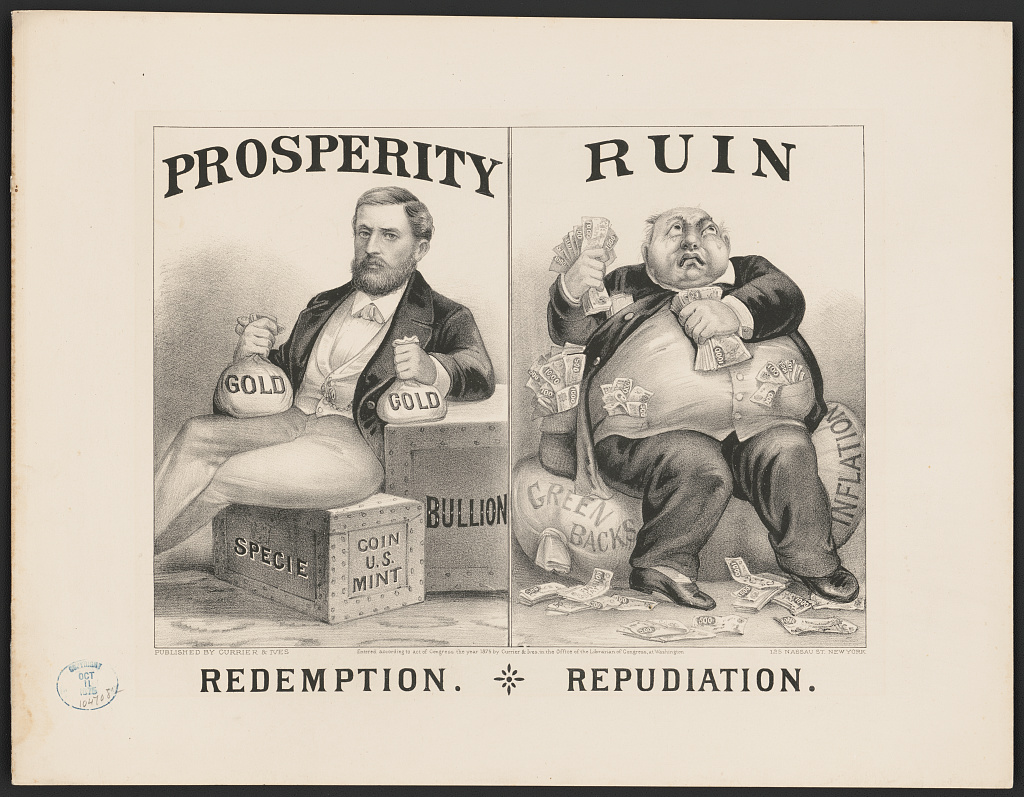 That's all for this week. Take care of yourselves and those you love.