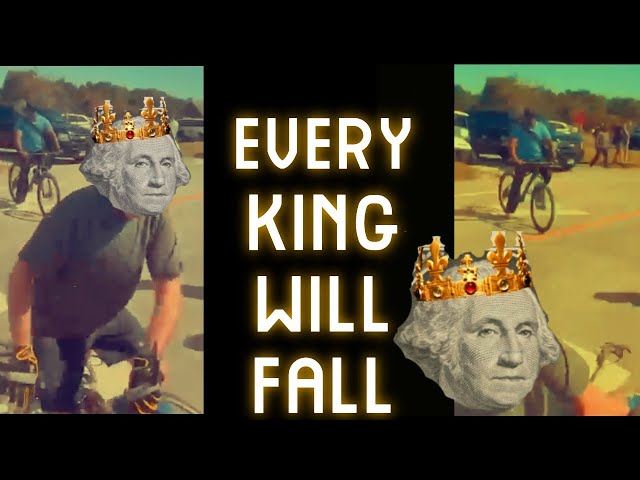 When Will Gold Replace Fiat? Eventually...

In the second half of this SD Bullion Market Update, we watch famed hedge fund manager David Einhorn present various reasons for why Greenlight Capital is now betting on gold. To begin this update, we cover recent trends in fiat US dollar destabilization rapidly advancing.

Last week the central bank of central banks, the Bank of International Settlements (BIS), made headlines.

While most of the report focuses on retail CBDC, what is most important for macroeconomic trends is wholesale CBDC development. A future technology that will further allow nations to trade and settle their balance of payments directly with one another, skirting the current US-controlled SWIFT system and likely slowing future fiat US dollar demand between sovereign payment settlements.

The BIS has been pouncing on the even worse store of value weakness recently exhibited in deteriorating cryptocurrency markets versus the rapidly debasing fiat currencies central banks issue.

Many vocal cryptocurrency cynics have long maintained that the technology was set up for coming failures to lend more credence to central banks as monetary custodians. All as central banks simultaneously hijack some of the best underlying technology for further financial controls that their CBDC systems will bring.

In the BIS 2022 Annual Report, they examine recent failures of Terra and Luna coins in early May 2022. Both are examples of extreme fragility in the crypto market.

They also highlighted Tether, the third-largest cryptocurrency only behind Bitcoin and Ethereum in notional market cap, has often broken its 1:1 peg with the fiat $USD. Ongoing concerns about Tether management having the underlying good collateral to support its business model.

The BIS is warning anyone who is paying attention. If this is indeed now another crypto winter, and Tether's shrinking $67 billion market cap ends up collapsing as well, expect colder days for crypto bulls to come.

While there are now 105 fiat CBDC systems in progress at some stages of development (pilot testing, etc.), surveys illustrate that over 60% of nations likely do not yet have the legal authority to issue retail central bank digital currencies.

Of course, to play devil's advocate here, those who control a nation's monetary system don't care who supposedly makes the local laws.

Not surprisingly, the BIS did not mention throughout their recent CBDC press pumpings that the global fiat monetary base supplies of central banks have ramped in unprecedented size since the August 2019 ‘Go Direct’ agreement was made in Jackson Hole, Wyoming.

Suppose confidence in fiat CBDC is going to last. In that case, it might help if their fiat currency units stored value well and predictably, instead of all seemingly simultaneously devaluing with inflation rates not seen since the last time gold price mania ramped in early 1980.

This is a significant reason why central banks have increasingly owned and added to their Official Gold Bullion reserves since the 2008 global financial crisis exhibited this financial system's structural failings.

Central banks collectively now own more than 1 in 5 ounces of gold ever mined, for they know eventually, when fiat currency confidence fails again, it is gold they will again have to use in some form or fashion to help restore confidence in their failed reputations.

In another long-term undermining fiat US dollar news, the BRICS summit held in China this past week made headlines when Russia revealed Brazil, Russia, India, China, South Africa, and potentially other joining nations are working on alternative reserve currency baskets and payment systems outside of the US dominant SWIFT system.

This past week, the silver and gold markets continued trading in a summer doldrum-like fashion.

The spot price of gold finished around 1,830 oz ask, and the spot price of silver closed the week just barely above the $21 oz spot, having briefly dipped into the high $20s in this Friday morning trading.

The gold-silver ratio finished at 86 but spiked to near 88 this morning.

When technically looking at the charts, the spot silver market looks on the cusp of breaking further down in the weeks to come.

The gold-silver ratio might climb into the 90s as a likely result if that occurs.

In retail physical gold bullion market news, the US Mint has been enjoying record sales in notional Gold Eagle coin and Gold Buffalo coin values sold since 2021, and thus far in 2022.

But that trend may be distributed as large distributors of American gold coins were shown underwhelming gold bullion coin allocation or supply forecasts for the remainder of 2022.

In other words, current price premiums on gold bullion products are probably as low as we will see them for the rest of this year.

The spot price of platinum is also looking weak, technically speaking. Currently priced below half of gold's currency value and still hovering around a 120 yr record discount low value versus gold over the past few years.

As I have shown you before, the NYMEX platinum warehouse raid that began about one year ago was driven mainly by Chinese traders taking physical delivery and withdrawing platinum from the fraction reserve price discovery futures market.

If this trend continues, it won't be long from now that NYMEX platinum warehouses begin looking as barren as NYMEX palladium warehouses currently are.

Turning back to the monetary precious metals to close this week's update, it was just under two years ago on this SD Bullion channel that we went through a thesis building a case for a coming gold silver bullion short squeeze almighty still building.

While they await the fiat Federal Reserve's continued bluffing that it's serious about crushing this secular inflationary regime, their very own currency supply expanding go direct policies kicked off in August 2019 ongoing.

Prominent hedge fund investors are increasingly making a case for front-running the gold bull getting let loose on the eventual pivot where the fiat Fed chooses monetizing record size US Treasury deficits instead of fighting inflation into a deflation collapse.

David Einhorn of Greenlight Capital made an elegant presentation on his gold bullishness earlier this month, making his case for why they are going into gold now and not later.

Increasingly you will see more famous hedge fund managers and financial whales making the base case for gold bullion as the fiat Fed and US Treasury have painted themselves into a coming gold bullion mania corner. David is perhaps a bit early but many more big-money investors are soon going to come to similar conclusions with increasing capital flows to gold as well.