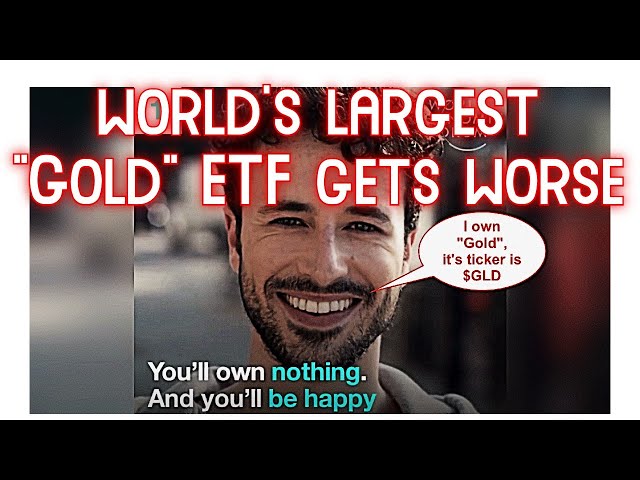 JP Morgan to Take Over GLD and SLV Both?

It was a bullish week for gold price and silver price trading, especially for the lowest-priced precious metal store of value, silver bullion.

This last Friday morning, the US government's Bureau of Labor and Statistics published a positive high-hiring jobs report that, upon further review, was a statistical canard. Akin to the statistical lies and obfuscations used when reporting official price inflation data (CPI) by the BLS.

Both silver and gold sold off on the news only to bounce back to close the week with strength.

Silver nearly went vertical by one dollar an ounce after a predictable algorithmic price selloff on this last phony BLS Jobs Report.

The gold-silver ratio tightened lower to close at 77 for the week, thanks to silver's recent strength.

With just less than a month remaining in this year, 2022, it will be interesting to see if the four primary precious metals can continue their recent rallies and all finish with positive performance for what has been a mixed-up and down year for the most part.

Outstanding credit card loans are at nominal record high levels and likely to climb until a full-on recession finally rears its ugly head, perhaps next year.

Regarding current record-high nominal credit card debt levels as a percentage of disposable personal income, there is still room to climb higher this holiday season for average US citizens whose budgets are already stretched thin.

In what I deemed the week's biggest news for bullion enthusiasts, commercial bank JP Morgan will begin acting as co-custodian for the world's largest unsecured gold ETF, typically called by its ticker symbol GLD.

You can read what the financial establishment at Reuters had to say on GLD now having two commercial bank custodians with an article written by Peter Hobson.

The top portion of this chart illustrates the ongoing fact that unsecured GLD shareholders continually lose annual 0.4% fees to the fund, diverging and further underperforming the ongoing gold spot price as time progresses.

GLD shareholders are unsecured creditors. They only own price and counterparty risk, not an ounce of gold bullion. In a bankruptcy scenario, they might get a few pennies on the dollar, or perhaps nothing at all.

The following litany of bankster commercial bank desk names are the only entities that can redeem unsecured underlying 400 oz gold bars from supposed GLD stashes in London.

Many of them have been fined and prosecuted for rigging the gold price and other precious metals prices, sometimes for nearly decade-long spans of duration.

If you are a shareholder of GLD, go read the 37-page iShares SPDR gold trust prospectus.

It's full of ‘not our liability’ loopholes boiled down to the simple image linked above.

Turning to what I deem the best two long-term bullion values, I ran a Twitter poll not long ago, and it was nearly an understandably split on the question between silver or platinum reaching new price high levels first.

This chart in the embedded video above is only updated through October 20th, 2020, on Nick Laird's GoldChartsRUs website. Still, it gives you an idea of how half of the four major precious metals have outperformed versus the other half's underperformance. My contention is that in time, this picture changes.

We'll get to silver prices in a minute, but we'll start with a sharp focus on platinum.

Here is a more updated version of this chart without palladium involved (as I would ignore that precious metal most when considering the four).

The World Platinum Investment Council recently published forecasts of coming platinum supply deficits for next year in 2023. I will leave a few article links in the show notes below if you want to dig into their data and why they believe platinum deficits are coming next year and perhaps to come.

If you simply look back at recent NYMEX history, before palladium prices ran up price walls, the NYMEX palladium warehouses got raided. Then the palladium ETFs got raided.

Similar is trending with both NYMEX platinum inventories and platinum ETF underlying holdings.

Before this building bullion bull market ends, it would not surprise me at all to see platinum prices outperform palladium prices and ultimately move back towards the then much higher valuation of gold as it historically has been.

To close this week, here are a few clips from this recent London Bullion Market Association discussion between various long-time silver market analysts, which you will likely find interesting.

It was an hour-long discussion of how silver's bullish supply deficit fundamentals have yet to show up in a rapidly escalating spot price. These are some of London's silver establishment voices, so let's listen to a few telling clips.

Hopefully, you caught their admission that the derivative futures markets (mainly the COMEX) have been tail-wagging the spot price dog.

These four analysts should have cited the building and upcoming storm for silver, which will likely have a three-prong combination leading toward a massive silver bull market.

Most people do not know US financial history, and that precious metal price ramps to the upside have happened violently via outsized leveraged betters long.

With each coming quarter that passes, we are moving toward that perfect storm for silver. A certainty, in my opinion, is that the spot silver price eventually runs past $30 oz and later beyond its seemingly ancient $50 per ounce high into a mania that finally sees triple-digit silver in nominal fiat $USD price.

To close this week, here is a recent interview our company founder, and SD Bullion CEO Tyler Wall had with Silver Bullion TV.

Just over 35 minutes with topics ranging from CBDCs, the physical bullion market dynamics currently, and Tyler's concerns for what is to come.