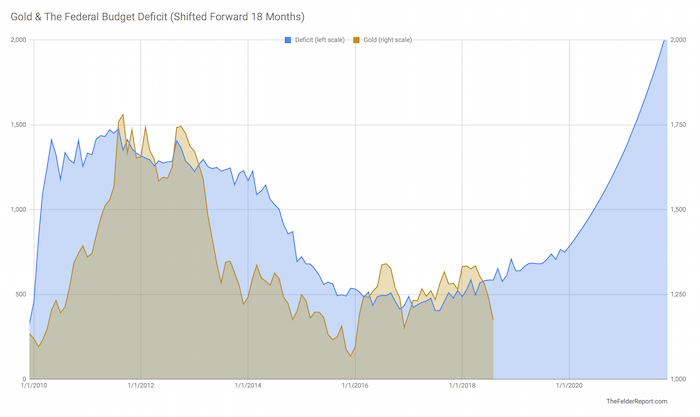 This week for Metals & Markets we speak with Jesse Felder of TheFelderReport.com on the financial markets, FANGs, baby boomers still owning 2 of 5 US homes, and precious metal markets.

As a long term value investor, Jesse has written and commented publicly over the past few years about what he believes is an undervalued gold market (e.g. 1, 2, 3, 4).

He sees this latest price pullback as an opportunity for those who missed out in the late 2015 Gold Price action (when gold bottomed around $1,050 oz USD) to get into gold bullion and proven gold mining equities.

Have a listen and a look at our discussion recorded at 11AM yesterday - July 19, 2018 eastern standard time.

Below is Jesse's latest public blog post published yesterday, just following our discussion on Metals & Markets for the week:

Buy-and-hold, and all of its related strategies like BTFD, garnered a cult following a long time ago and it’s only gotten even more popular in recent years. (There may be no better evidence of this than the StockTwits merch store – which I love, btw). And after one of the longest and strongest equity bull markets in history this should not come as any surprise. Investors are always influenced by recency bias and prone to extrapolation.

What is surprising, however, is that, despite that fact that it’s long-term (20-year) performance still crushes that of the broad stock market, gold has become so maligned among investors of all stripes, including gold bugs themselves. Yes, the past few years have favored equities over precious metals and I guess that’s where the recency bias kicks in again. But the truth is it has paid far better to be gold bug over the past two decades than to be an equity bull. 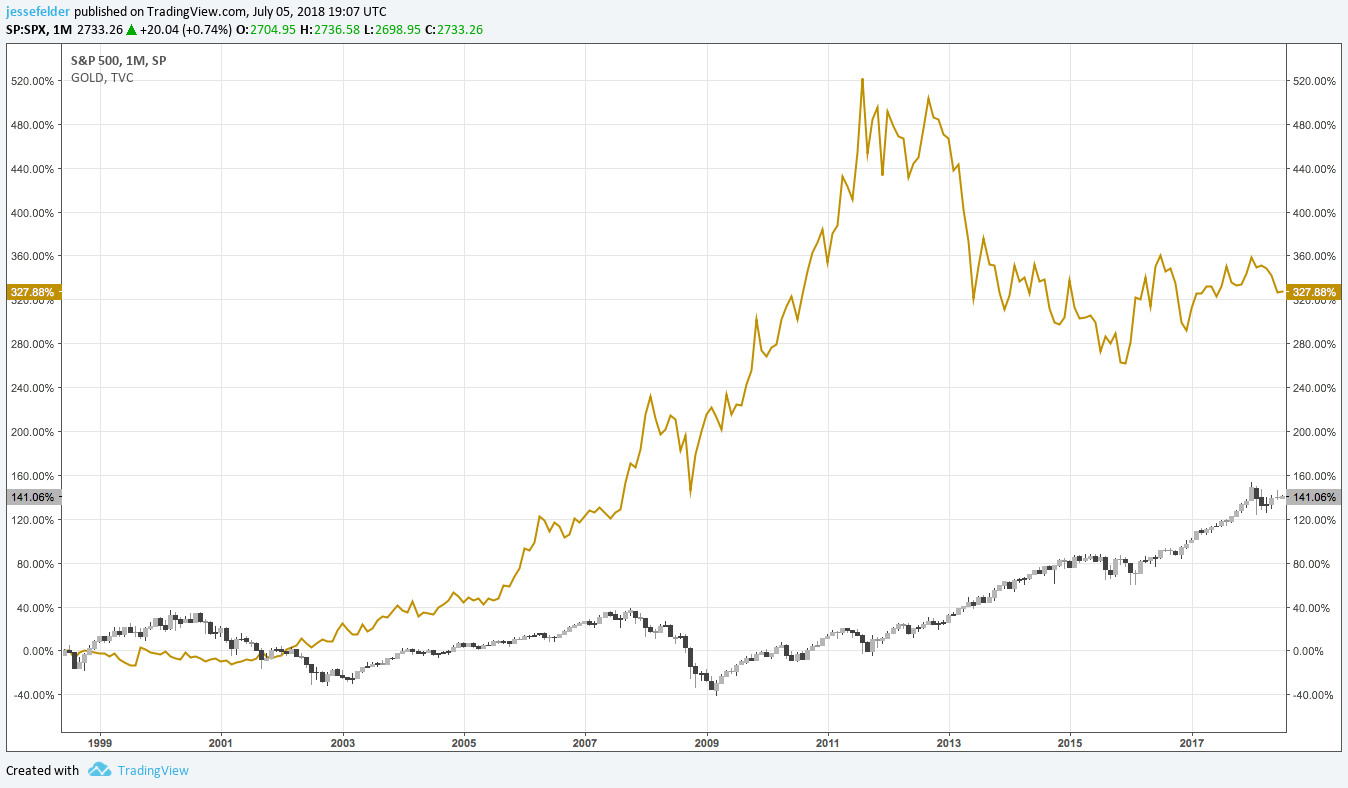 Gold vs S&P 500 in this Full Fiat Currency Era

Below is an even longer term view over the entire era of the post 1971 full fiat currency era we still live under. Of course there are times like recently when stocks outperform gold and vice versa.

The following Gold vs S&P 500 stock chart shows gold gaining in value vs equities when the BLUE LINE rises in the bottom half of the chart.

Of course as the BLUE LINE falls in the bottom half of the chart the opposite is happening. 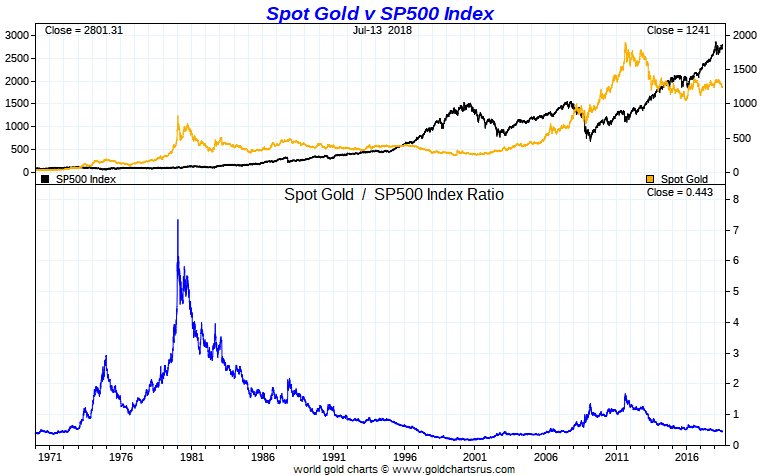 Note how even during 2011 Gold Price nominal record highs, the blue line does not even reach the interim late 1974 Gold Price and early 1975 Gold Price peaks in terms of gold overvaluing the S&P 500.

Much less the 1980 Gold Price accounting of US dollar M1 and M2 supplies where 1 oz of gold bullion could have bought some 7 times over at its peak back then.

Under a full fiat currency system it is mathematically proven that owning a portion of one's wealth in bullion makes risk reward sense, see this gold allocation study for yourself.

In an over-indebted nation like ours (and across the world), where the majority of the wealthiest US citizens will pass away over the coming 2 decades, the likely turn of the tables is going to be much higher values for bullion vs ever other asset class you can name (presently it is the exact opposite).

Have a look for yourself what Fannie Mae just published on what 2 out of 5 homes being exited in the next 20 years may mean for the residential real estate market here in the USA.

That is unless more foreign capital flows fly in to the rescue somehow, and buy much of the coming housing inventories to be sold. 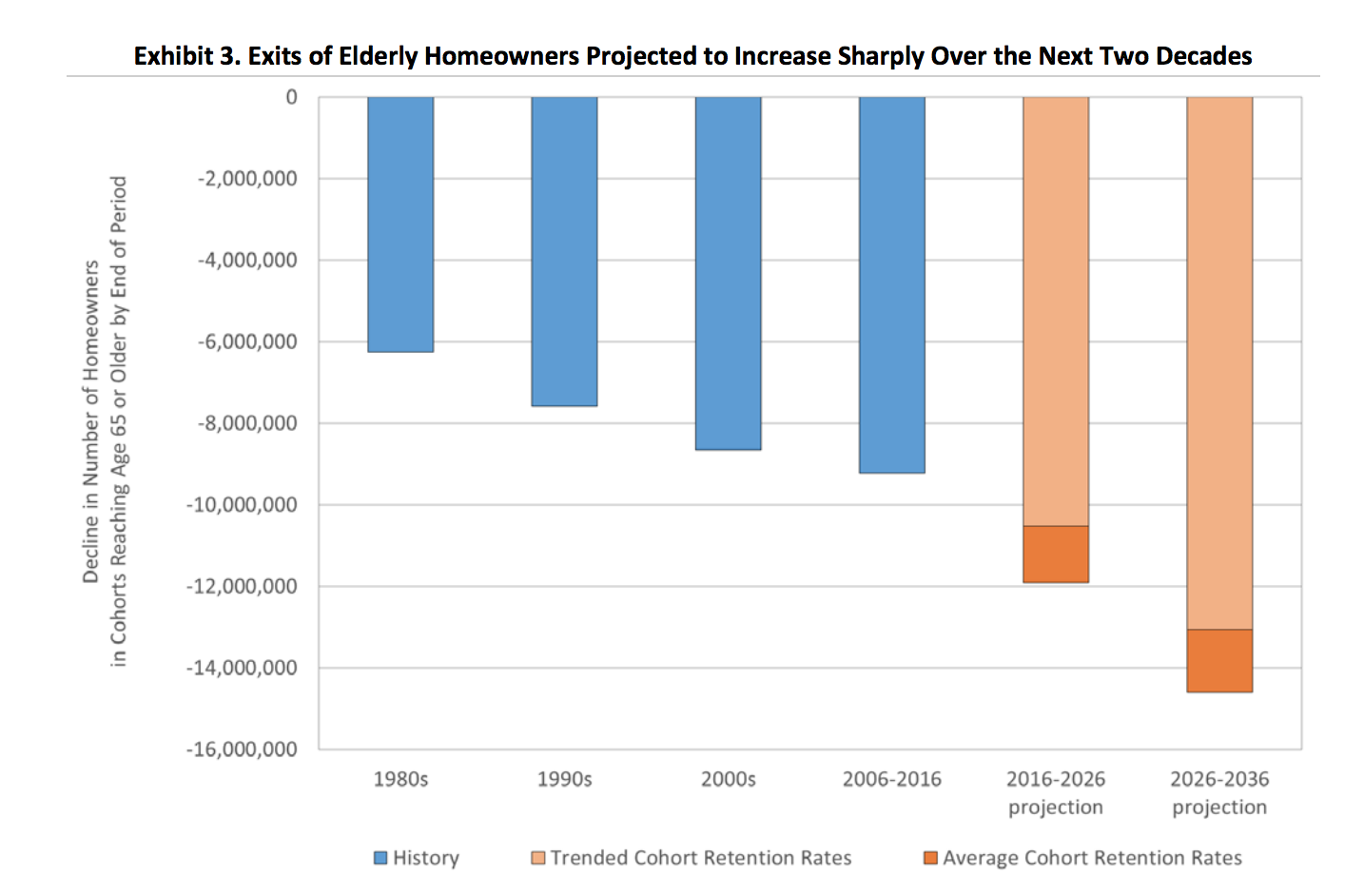 You want to see what a dead cat bounce looks like?

Hold on for a decade or perhaps even less.

We're likely to see the following US housing vs bullion charts rollover hard back towards their 2011, and even towards their 1980 low levels.

US Housing vs Gold 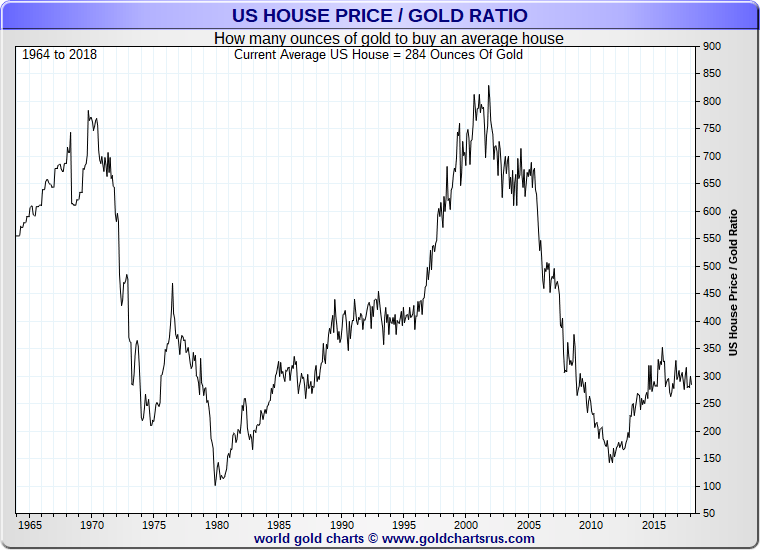 US Housing vs Silver 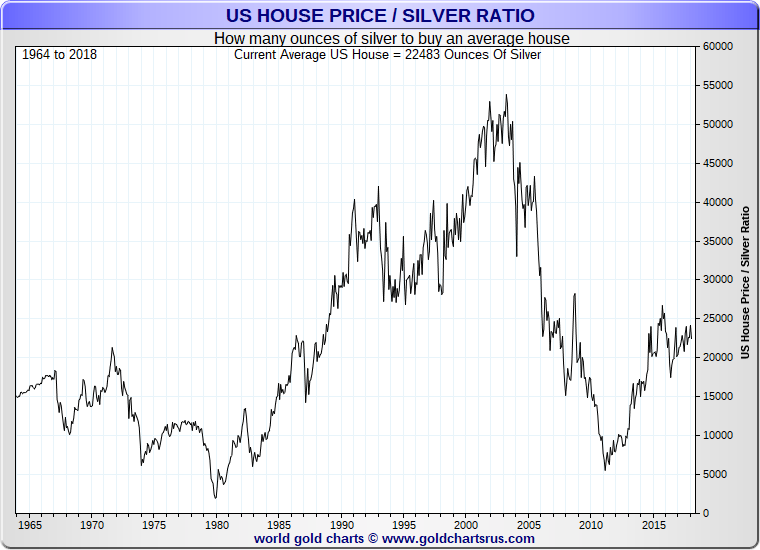