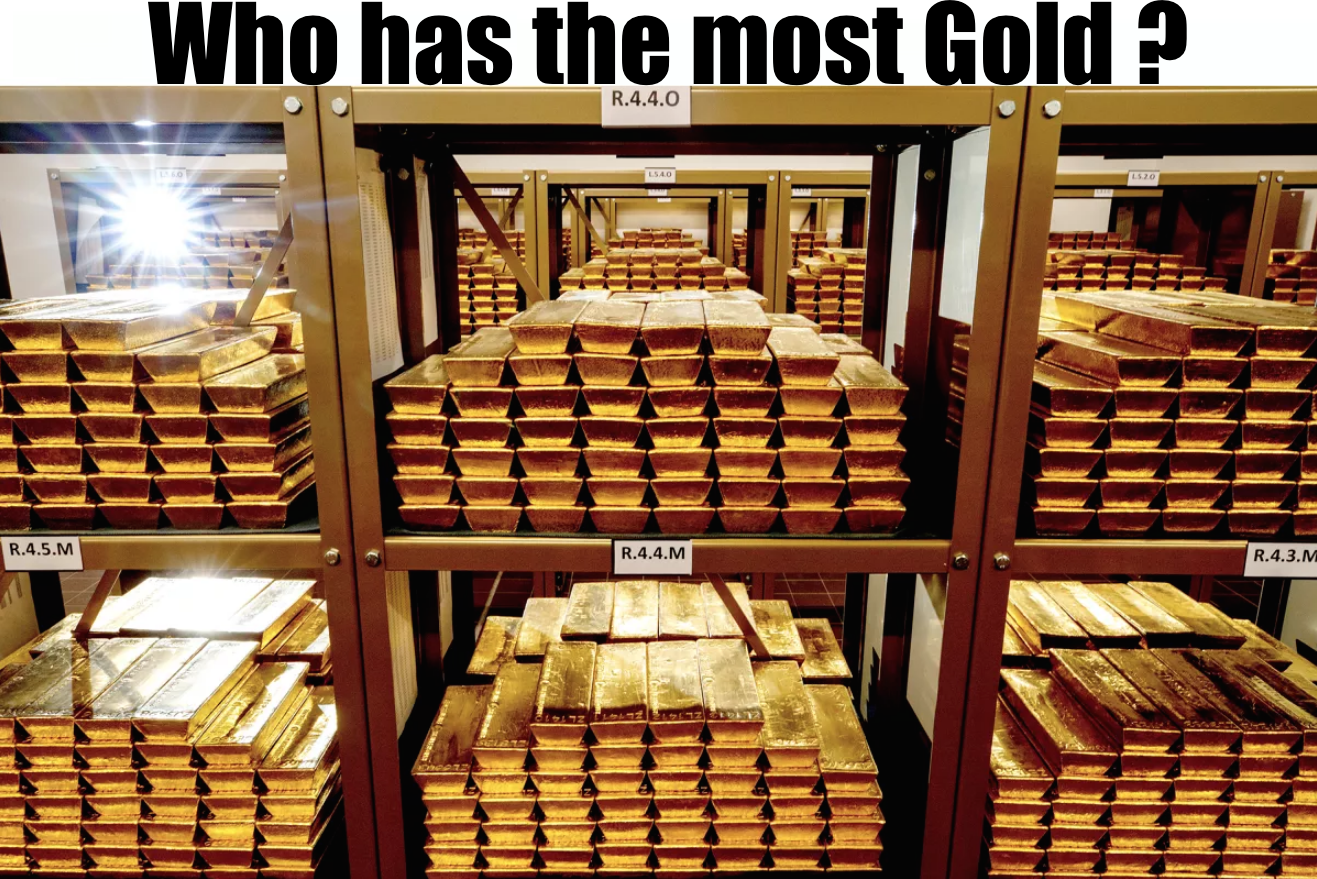 GOLD RESERVES | Which Country has the Most Gold?

Of all the gold that we human beings have mined throughout time, just over 190,000 metric tonnes or 6.1 billion troy ounces are still with us.

Just around half of all this gold ever mined by mankind is in the form of jewelry.

Only slightly less than half of all the gold bullion ever mined is sitting in physical gold bullion coins, gold bullion bars, and other physical investment-grade forms. Learn more about gold investing fundamentals.

What is the answer to the question…

Who has the most Gold?

The answer depends on how one would define, “Who?”.

If we are talking about collective citizenships, it often gets estimated that citizenry of India has over 25,000 metric tonnes or over 800 million troy ounces of gold spread out mostly in 22k and 24k gold jewelry form.

A close second collective most gold holding citizenry is likely China who currently is not only the most significant physical gold buyer in the world but also the largest gold miner in the world.

If we are trying to figure out which nation or government union has the most gold, we must examine Official Gold Reserves to answer this inquiry.

Who Has the Most Gold in The World?

According to the International Monetary Fund (IMF) and World Gold Council, the collective countries of the European Union hold over 10,779 metric tonnes or some 346 million troy ounces in official gold bullion reserves.

Click here to see how large a gold hoard that is, and what merely one metric tonne of gold bullion looks like and its value calculation.

Learn how much and where the self-reporting USA keeps its gold bullion reserves amongst various locations such as Fort Knox, West Point Mint, and other sites. 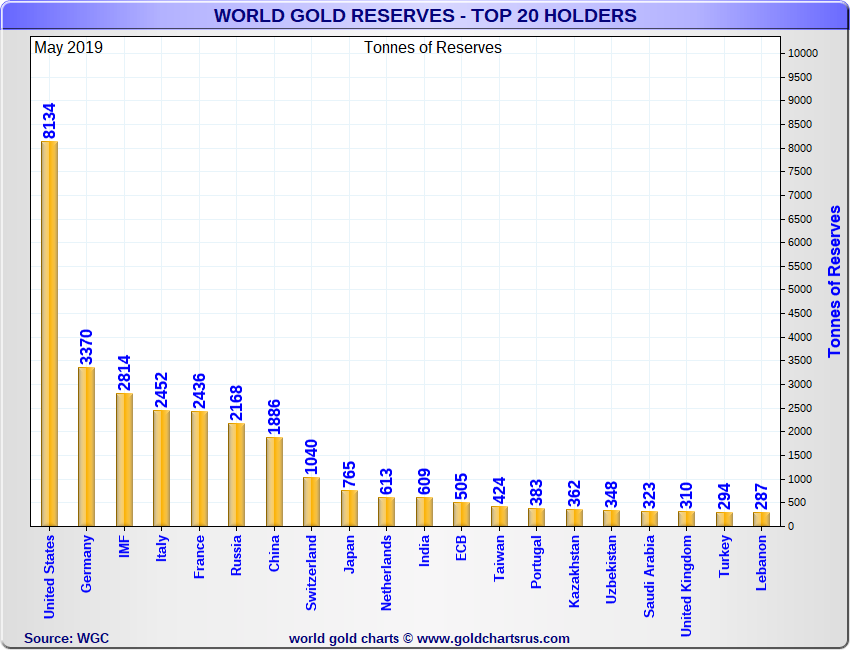 Often the USA is reported as having the largest Official Gold Bullion Reserves in the world, but if economic unions get taken into account, there is one sovereign entity which has more significant gold bullion reserve totals. 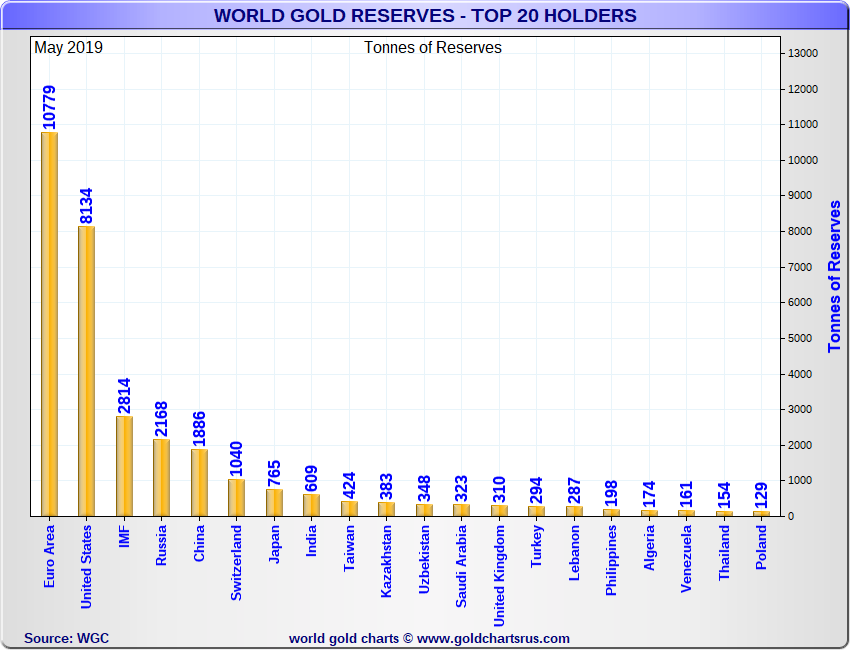 The next time someone claims the USA has the most gold bullion reserves, remember the collective gold bullion holdings of not only the European Union, but also China’s 21st Century gold bullion buying binges, and the gold-loving citizens of India all dwarf Fort Knox.

To learn more about buying and selling bullion in the 21st Century, be sure to pick up our free Bullion Buying Guide.