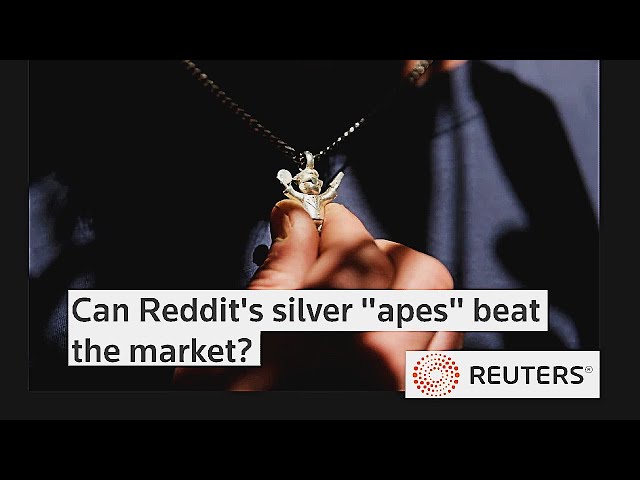 The Eastern Gold Price Has Now Aggregated To $22,600+ Per Troy Ounce

Apparently, the silver squeeze bullion buying movement has now reached the "they laugh at you" phase.

Reuters gave Reddit's Wall Street Silver some condescending coverage last Friday, the same day that Basel 3 rules were being declared, banks in the City of London could become exempt.

And other eastern nations and government mints have returned to take large swaths of the wholesale and retail physical bullion market shares.

The silver spot price closed slightly lower for the week, at just over 26 fiat Fed notes per troy ounce spot.

The gold-silver ratio climbed to end this week at 69.

Since the LBMA entered the gold market in 1987, the divergence between the eastern and western compounding gold price discovery has diverged tremendously.

Outside of western trading hours, the eastern gold price has now aggregated to over $22,600 per troy ounce through this full fiat currency era.

For those of you who might recall, last April 2020, when London and the COMEX conspired to begin a new 400 oz gold futures contract so they could effectively nearly quadruple the supposed underlying COMEX gold inventory numbers.

Well, the combination revelation here is that a year and a few months later, no one is trading that new COMEX 4GC contract.

And the various additional bullion bar hallmarks that were simultaneously rushed into COMEX good delivery bar acceptance coming from supposedly dubious places like China, Russia, and Turkey. It all signifies a physical bullion shortage brewing underneath the London and COMEX gold derivatives market's window dressings.

COMEX added 4GC contract so they could count gold in London as underlying their exchange. They also added some 70 Chinese, Russian, Turkish, etc gold hallmarks. Sourcing is a problem based on actions

This week, the Russian Federation made news by declaring that their nation's sovereign wealth fund has cut its fiat Federal Reserve note reverses to zero.

While simultaneously declaring that the fund will be buying $4 billion in gold bullion moving forward.

Throughout the first 20 years of the 21st Century, the Russian central bank built its official gold bullion reserves diligently. And now that nation's sovereign wealth fund is stating that it will begin acquiring gold bullion in large volumes.

And while of late, Indian gold bullion importation has slowed. However, updated data points to the world's largest gold bullion buyer are back after having bought the gold price dip in March 2021 at a clip not seen since the major gold price dip of 2013.

On the silver importation side of the equation, India has yet to return to the average 2010s clip of importing 170 million ounces of silver bullion per year. It will be interesting to see what happens to the physical silver bullion market once they do.

The most often bought retail bullion product is back as the US Mint updated June 2021 sales figures for the type 2 American Silver and Gold Eagle bullion coin sales data.

Both coins have sold well to begin their bullion market debuts.

Yesterday financial Twitter was shaken by a story reporting that Wells Fargo is now cutting all personal lines of credit, which typically let users borrow up to 100,000 on their home's equity. Many are seeing this as a harbinger of bad things coming to financial markets soon.

And now, to finish off this week's SD Bullion Market Update, let's have a look at the coverage that Reuters gave the growing Reddit Wall Street Silver movement today.

This article is also written by Peter Hobson, who I have personally engaged with over the last year-plus, offering him insights into the dual motivations shared between derivative trading commercial banks and central banks in their ongoing commodity price suppression schemes. The former mainly being greed-driven, the latter being a seemingly endless drive for more consolidated control over our financial lives.

Now, if I sat here and argued all the half-truths of this Reuters "Can Reddit's silver "apes" beat the market?" article, we would be here all day.

In short, this article failed to mention that much of the supposed underlying COMEX silver and gold fractional reserves are merely double-counted unsecured silver and gold ETF holdings. A point I made earlier in this week's update.

Never mind that the fiat US dollar monetary base has nearly doubled since the September 2019 REPO loan fiasco began.

The article also failed to mention billionaire trader Paul Tudor Jones' warning about what might happen to commodities if investment allocations returned to 2011 levels. Asking on CNBC, "what happens if the Reddit crowd ever gets into commodities?" wondering, "god forbid," what happens when the bullies on Wall Street begin going long in commodities as they did in the 1970s.

No mention of PTJ’s bullies on Wall Street who will use this #SilverSqueeze trend as cover slamming long silver derivatives https://t.co/hUjh0T335C

That is all for this week, as always to you out there watching.