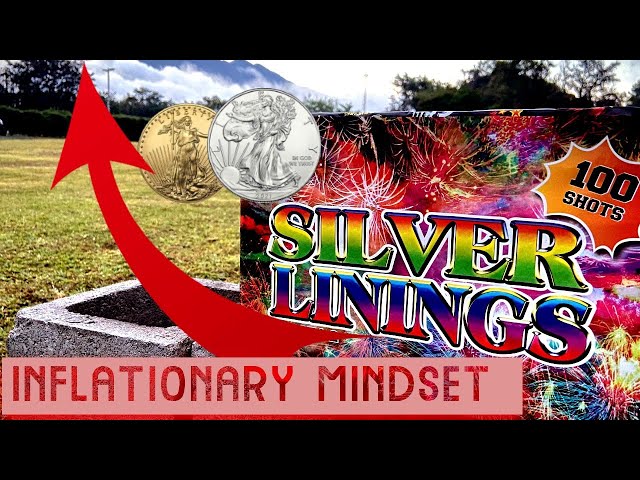 Happy 4th of July to the United States viewers and to our SD Bullion customer base.

The US bond and note market are once again in deeply negative territory, akin to various time frames during the last major secular bullion bull market of the 1970s.

And that is only using their increasingly rigged US government's Consumer Price Index data. If we use the old 1980 methodology for judging real rates vs. actual price inflation, it appears the real negative rate on the 5 yr US bond is now near -12% annualized.

This week, former hedge fund manager Jesse Felder on his podcast Super Investors had the following snippets of commentary on this negative interest rate environment for future gold values. Have a listen to the embedded video here.

Are you still with me?

Now we will listen to a few quick snippets from who Jesse Felder was speaking with on his latest podcast. Micheal Oliver, a technical trader, and investor who has been actively trading and accurately forecasting the financial markets from the present all the way back to the year 1975.

Back when saving for the long term in gold bullion was "re-legalized" in the USA. And not coincidentally, the COMEX derivative gold contract also began trading.

Oliver has important points about how silver has been trading over the past near one year.

And in longer-term thinking. What is really at play here in the big picture moving forwards?

Back in late 2018, Micheal Oliver described "The Great Unraveling" to come.

Turning back to the major precious metal news this past week.

The spot silver price and the gold price traded slightly up on the week. The gold-silver ratio tightened back to 67 to close this week.

The central bank of Thailand made recent news that the gold market has bolstered its official gold bullion reserves by likely the most of any country in the first half of this year 2021. Adding 90 metric tonnes of gold bullion in this past April and May 2021 and thereby boosting its gold reserves by +58.7% in a matter of recent months.

In case you are wondering how much is a ton of gold bullion. It is about eighty large 400 oz gold bullion bars, a little of $57.6 million fiat federal reserve notes per metric tonne at the moment.

So the central bank of Thailand just gobbled up about $5 billion in gold bullion for the likely long term.

I know that sounds like a lot to us non-fiat-billionaires without fiat currency-creating keyboards.

But let's blow that all away with what central banks and governments have been doing over the last 15 months.

According to Bank of America's CIO, central banks have bought $900 million in "financial assets" every hour over the last year and a quarter. That's $15 million a minute.

Bank of America also cited that the latest Biden infrastructure plan for $600 billion in new spending "takes the running tally of global monetary & fiscal stimulus to $30.5 trillion over the past 15 months, an amount equivalent to entire Chinese & European GDP’s."

That is a ballooning sum^^^ even larger than the USA's escalating hard debt level.

These and other contributing factors are no wonder why the measured mentioning of the word 'inflation' amongst US corporate earnings calls for Q1 2021 basically hyper-inflated. Moving more than +300% in April to near +800% above the measured norm by May 2021.

Basically, anywhere one looks, the prices for goods and services have been on a rampant rise.

Of course, the deflationary talking heads will keep citing that aging demographics, technology, and bottlenecks will make this newest round of ramping inflation temporary.

But I am strongly suggesting blowing out the fiat currency monetary bases as we have the last 15 months will have long-lasting psychologically changing inflationary effects.

To finish this week's SD Bullion market update, I want you to see the commodity inputs for the often-cited Bloomberg Commodity Index.

There are various energy inputs near 30%. Grains account for just over 22%, industrial metals over 15%, monetary precious metals like silver and gold near 20%, soft commodities like sugar coffee and cotton near 7%, and livestock like cattle and hogs just over 5%.

That commodity price tracking index is not far from a historic breakout (see the embedded video above for that chart at the moment 10:17).

Even the mainstream financial media and commentators have to admit the obvious.

We have a rapidly changing inflationary psychology running higher.

That's all for this week. Once again, we wish you and yours a safe and happy 4th of July holiday here in the USA and abroad.

And as always, everyone out there, take great care of yourselves and those you love.