Brand New Design for the 2020 Kookaburra

The new obverse features the original 1990 Kookaburra Silver Coin design in honor of the coin’s 30th anniversary. Along with the 1990 design is the traditional Queen Elizabeth profile photo on the obverse side as well. Normally, the obverse of the Silver Kookaburra Coin just features Queen Elizabeth’s image and the coin’s specifications such as its weight, purity, etc.

The obverse of the 2020 Silver Kookaburra features the original design from the 1990 Silver Kookaburra coin to commemorate the 30th anniversary of when the coin was first minted. Above this 30th anniversary design is the side profile of Queen Elizabeth II and the years 1990 and 2020 are inscribed here as well. The obverse of this 2020 Kookaburra Coin also has “AUSTRALIA” “ELIZABETH II”, and the face value all inscribed around the border of the coin. 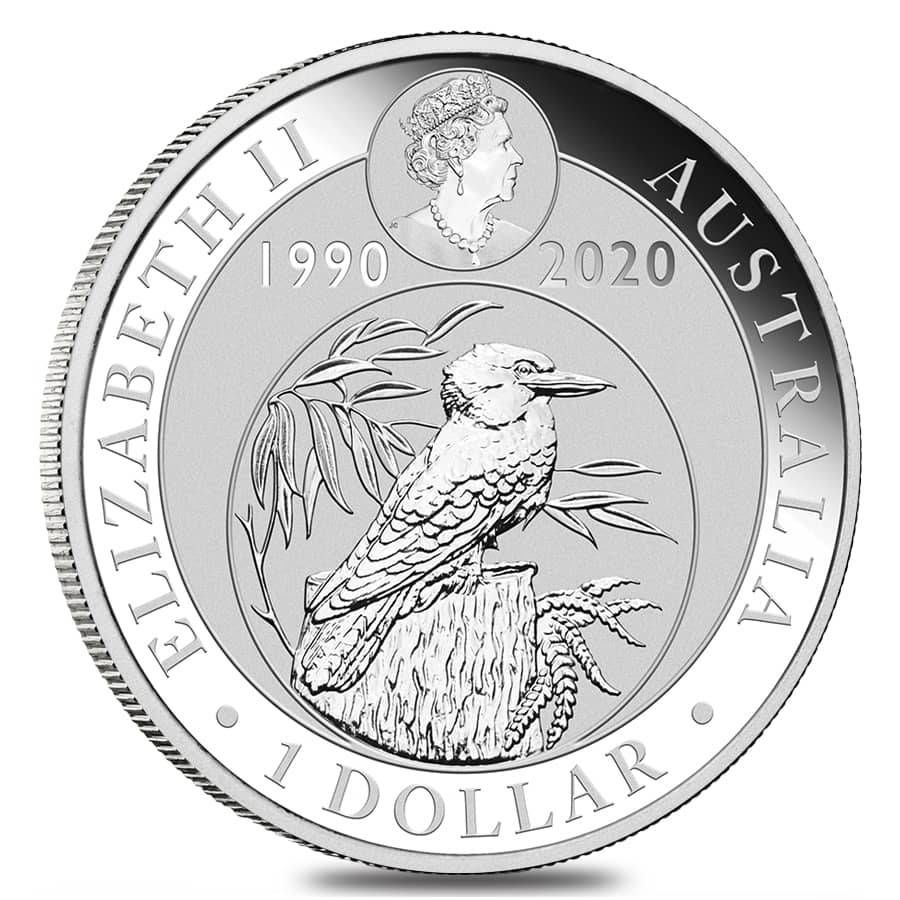 Since 1990, the Perth Mint has updated the design of the reverse side to give collectors a new look each year! The reverse of the 2020 Kookaburra coin depicts the kookaburra resting on a rooftop with rays of sunlight emanating from the backdrop. Inscribed around the border are the words ”AUSTRALIAN KOOKABURRA” “30th ANNIVERSARY”, “.9999 SILVER”, the ounce value, and the “P” mint mark is also shown representing the Perth Mint of Australia.

This side of the coin is often thought of as the obverse, but the Perth Mint has indicated that the side of their coins that features Queen Elizabeth is to be considered the obverse side. 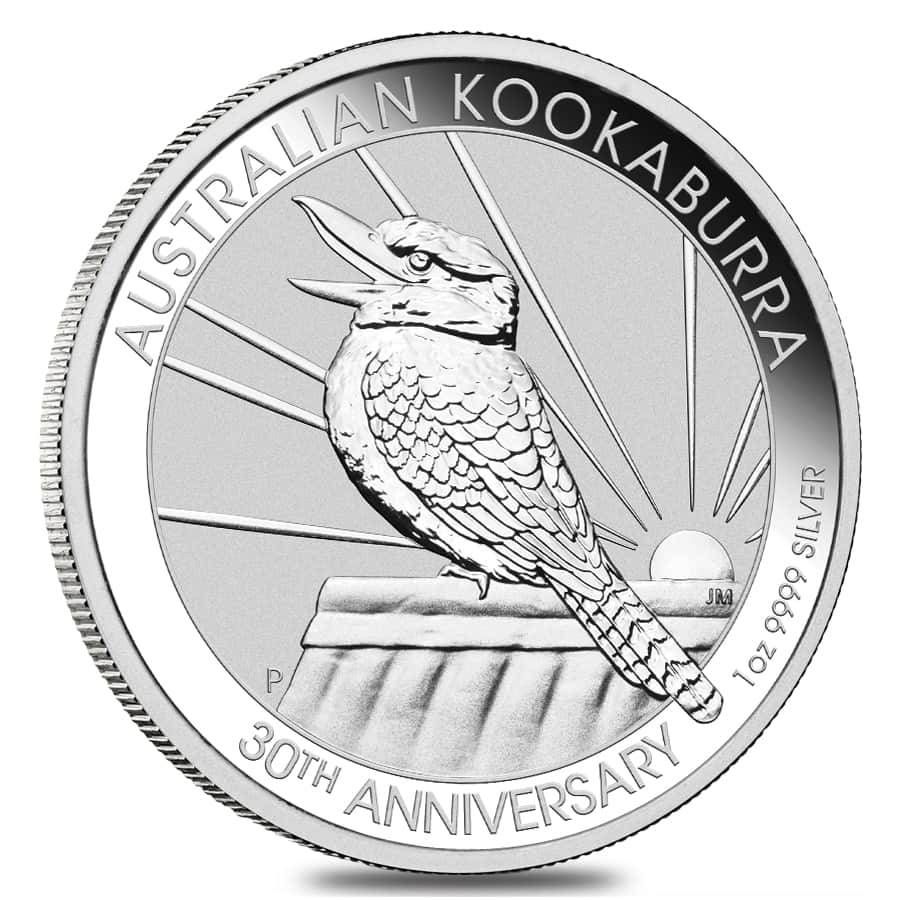 The Story of the Silver Kookaburra Coin

The first Silver Kookaburra was released in 1990, and the coin has since become one of the most highly traded silver coins in the international bullion market. The coins were .999 fine silver until the 2018 edition, which increased in purity to .9999 silver. The Kookaburra is minted in varying weights: 1 KG, 10 oz, 2 oz and 1 oz. However, the 2 oz Kookaburra was discontinued by the Perth Mint after 2009.

The 1 oz Silver Kookaburra Coin had a mintage cap of 300,000 coins for each year from 1990-2010. However, there was often much less than that minted per year. In fact, just 5 times in that 30 year span did the Perth Mint actually produce 300,000 Kookaburras. They did so three years in a row from 2008-2010, so in 2011 they upped the mintage cap to 500,000. They consistently hit that mintage cap from 2011-2016 but have since gone back to minting much below the mintage cap. Even if the Perth Mint were to produce the maximum of 500,000 coins, it would still be much less than the Silver Eagle and Silver Maple Leaf Coins which have about 15-20 million minted per year.

In addition to this, the Kookaburra often has a comparable international market for them and they often have a premium that is very similar to Silver Eagle Coins as well.

The 10 oz Kookaburra Silver Coin has been very limited in its mintage figures over the years. The maximum number minted for one year was about 46,000 in 2011. Recently, mintage numbers have been between 15,000-25,000 per year since 2016. This trend is expected to continue with the 2020 10 oz Kookaburra.

Shop the 30th Anniversary Silver Kookaburra below and get the lowest silver prices + fast, secure shipping on each order from SD Bullion.

Chris Keller has a passion for the precious metals industry (he's been collecting coins since he was a child). He specifically enjoys creating written and video content around unique products that our customers might not see otherwise. At SD Bullion, Chris has consulted thousands of bullion investors leading to millions of dollars in sales.