With such a unique year as “2020” being minted on the 2020 Silver Eagle Coin, it is sure to be a silver collector’s favorite. Whether you are looking to complete a collection, or add silver to your precious metals portfolio, the 2020 American Silver Eagle Coin makes a great purchase for any silver enthusiast. Currently, 2020 Silver Eagles are on pre-sale worldwide with an expected delivery date of mid-to-late January of 2020. At SD Bullion, you can purchase 2020 American Silver Eagle coins in four different options below. 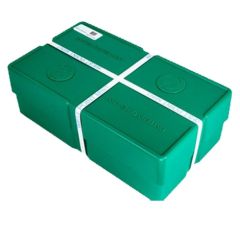 The obverse of these silver coins feature the iconic image of Lady Liberty in her flowing robes striding towards a sun that is breaching the mountainous horizon. She is holding an olive branch in her left hand and outstretching her right arm in front of her. She is also draped with an American flag that is blowing in the wind. The obverse design is based off of Adolph Weinman’s design for the Walking Liberty Half Dollar, which was a 90 percent silver half dollar minted from 1916-1947.

The reverse of the American Silver Eagle features the iconic Heraldic Eagle design which is a bald eagle with a shield in front of it bearing the stars and stripes. The eagle holds a banner in its beak featuring the words “E PLURIBUS UNUM”, and the eagle grasps a branch in one claw and arrows in the other. There are 13 stars above the eagle’s head. The US Mint has discussed the idea of changing the design of both the Silver Eagle reverse and the Gold Eagle reverse multiple times in the past decade, with the most recent occurrence being in May of 2019. The US Mint has changed the design of the Platinum Eagles for the proof version, but have kept the bullion version’s design the same since it started in 1997.

Silver Eagles are minted using 1 troy ounce of 999 pure silver and the coins will be in Brilliant Uncirculated condition. Additionally, each Silver Eagle is also inspected by hand before being placed into their mint tubes and then into the eagle monster boxes for shipment from the mint facility. The count of 20 per tube is also verified before the box is sealed with the mint straps.

Since its first release, the Silver Eagle’s mintage numbers have fluctuated between 4 million and 47 million, with 1996 having the most limited mintage and 2015 having the highest mintage. You will see high premiums on the Silver Eagles from 1994 through 1998 due to their very limited mintages compared to today’s standards. The 1986 version also has a high premium due to it being the first release. In recent years there have been an average of about 25 million eagles minted per year, which is comparable to the Silver Maple Leaf, which many people believe is a close second to the Silver Eagle when it comes to popularity.

As you can see, the Silver Eagle Coin's mintage numbers inflated after the Recession of 2008, but have shrunk back down to less than 20 million per year as the country continues to recover from the economic setback. Since the economy is continuing to improve, it would be reasonable to suspect the trend of "mintage shrinking" to continue with the 2020 American Silver Eagle Coin.

The Philadelphia branch was the first location of the US Mint established by the US Constitution. Originally, the US Mint was considered to be part of the State Department for the first 7 years of its existence, it was made an independent organization in 1799.

The first few branches that were established after the Philadelphia facility were Charlotte, Dahlonega (GA), and New Orleans which were all established in 1838. Both the Charlotte and Dahlonega locations were shut down in 1861 due to the succession of the southern states leading up to the Civil War, while the New Orleans location continued to run until 1909. The mint marks C, D, and O were assigned to the Charlotte, Dahlonega, and New Orleans branches respectively. Charlotte and Dahlonega exclusively minted gold coins, while the New Orleans facility minted both gold and silver, including the famous Morgan Silver Dollar. The New Orleans branch was closed during the Civil War but resumed operations in 1879 up until its permanent closing in 1909.

The Charlotte and Dahlonega branches were replaced by the Carson City branch in 1870. This branch was only operational for a total of 20 years, but it allowed the US Mint to acquire all of the precious metals in the western US. Now, there are four operational branches of the US Mint: Philadelphia, Denver, San Francisco, and West Point. The American Silver Eagle Coin is minted at the Philadelphia, San Francisco, and West Point branches, however, the Silver Eagle Proof Coin is exclusively minted at the West Point Mint. Also, these proof coins are the only Silver Eagles minted that feature a mintmark in their design.

Purchase the newest release of the most popular silver coin in the world at the lowest premium over the silver spot online from SD Bullion! You can place your order through the website or feel free to call in to one of our experienced bullion traders at 1-800-294-8732 and we can assist you with your purchase!

Chris Keller has a passion for the precious metals industry (he's been collecting coins since he was a child). He specifically enjoys creating written and video content around unique products that our customers might not see otherwise. At SD Bullion, Chris has consulted thousands of bullion investors leading to millions of dollars in sales.