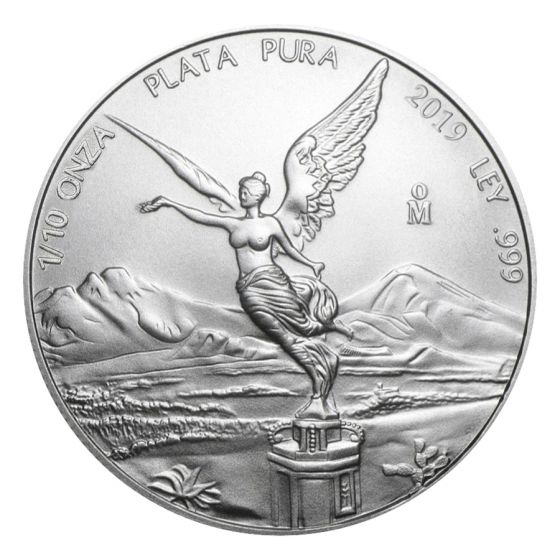 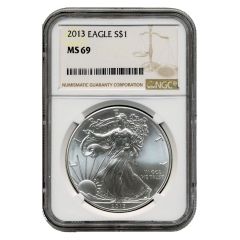 Established in 1535, the Mexican Mint is one of the oldest minting institutions in the Americas. For the next 350 years, the Mexican Mint produced currency for the territories of ‘New Spain,’ which included all the Spanish colonies in South America – Cuba, Haiti, the Dominican Republic, Puerto Rico, Jamaica, the Cayman Islands, Trinidad, the Bay Islands, and the Philippine Island. Today, it serves as Mexico’s National Mint and is known as the La Casa de Moneda de Mexico.

Each of these coins contains 1/10 troy ounces of 0.999 pure silver. Although they might not carry official face values like many other silver coins, its silver purity and weight is fully backed by the Government of Mexico.

The obverse side highlights the fascinating design of the Mexican National Seal with the engraving "Estados Unidos Mexicanos." At the center of the seal, a majestic Mexican Golden Eagle is seen perched on a cactus, devouring a rattlesnake. Older official National Seals of Mexico encircle the current National Seal.

An elegant portrayal of the Winged Victoria graces the reverses of these coins. She is known as the Mexican Angel of Independence. In the backdrop of this beautiful rendition, the two famous volcanoes of Mexico make an appearance - Popocatepetl and Iztaccihuatl.

These 2019 1/10 oz Mexican Libertad Silver Coins will ensure that your Mexican Libertad Sets remain up-to-date, while adding pure silver to your tangible assets. Not only do these coins look absolutely stunning but they also help diversify your precious metals portfolios against sudden market shocks.