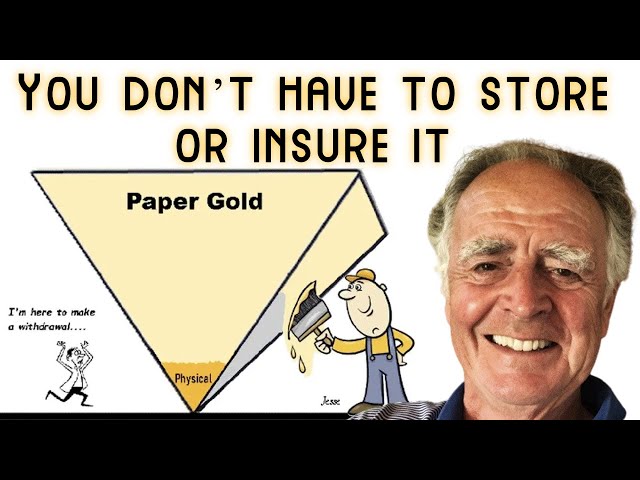 On the heels of the United States' Office of the Comptroller of the Currency (OCC) publicly admitting at the end of the first quarter of 2022, that the major US precious metals trading markets are derivatives-dominated by only a few highly leveraged commercial bank players.

To be more precise, only about four counterparty-risk laden commercial banks often really run the price discovery show. The largest being JPMorgan Chase, then Citibank, Bank of America, and finally Goldman Sachs.

At the end of March 2022, they were then counterparty to +97.5% of all US derivative bets involving silver prices, platinum prices, palladium prices, and gold prices within complex derivatives like swaps, options, and futures contracts. The latter COMEX & NYMEX futures contracts hold huge sway over the prices quoted for precious metals around the world (gold, silver, platinum, palladium).

What is often not understood is that many of these same banks hold massive precious metals pricing and market-making sway across the pound. In what is arguably still the world's hub for physical precious metals price discovery, the seemingly lawless City of London.

I find it ironic and perhaps not coincidental that the world gold market got this public admission the same week that four former JP Morgan traders, one the near decade-long co-head of the precious metals desk in the United States, goes on trial in the USA for under Racketeer Influenced and Corrupt Organizations Act.

What further insights will come from these four former JP Morgan precious metals traders, the trading trial is hard to guess, but surely there will be some worth keeping you all up to date upon.

The jury trial started today, and yesterday I made a thread on Twitter about the saga of greed and control-driven precious metals price rigging which is basically a choose your own adventure saga into the depth and corruption that are these current day precious metal price discovery markets.

Many of the links in that Twitter thread will take you to time-stamped key sections from important past videos we have done here on the SD Bullion channel over the years.

If you have not been following our channel for long, or if you simply want to dig deeper into the subject, you can find nearly an hour-long deeper dive into the history of modern-day precious metals price subversion. It's a documented fact all the way back to late 1974 when London gold traders and US Treasury agents conspired to bomb the spot gold price with outsized derivative leverage starting in 1975.

I'm sick and tired of the alleged scum that has often ruled these precious metals markets for too long. I know you likely are too. I'll leave that Twitter thread link in the show notes below, have at it after the second half of this week's update on precious metals trading action as well as the crucial differences between this 21st Century bullion bull market versus the less complex 1970s version.

The silver and gold markets predictably traded downward for the week respectively.

The beatdown was most pronounced in the daily gold price market mid-week, with two waterfall price declines blasting gold down to below $1750 oz to close this week.

The daily silver price held stronger after the initial selloff of gold as perhaps some derivatives traders cut losing gold bets into long silver bets tightening the gold-silver ratio back to 90.

Relative fiat Federal Reserve note or US dollar strength vs other fiat currencies especially over the last three months, has produced a large selloff in basically all commodities sectors across the board.

How much more relative strength will our nation's (I would argue) illegal tender currency exudes in the coming months, that will have a lot to do with whether or not we will see major disorder in financial markets come about soon.

And by when will the Federal Reserve pause and or pivot on its ridiculous front of being hawkish against stubbornly high secular price inflation. Often acting obtuse to their long-term charge, as if we're not mired in mass trillions of record debt and off-balance sheet unfunded liability promise piles coming due this decade into the next.

I'm sure you know my opinion, I bet they'll choose orderly financial markets, at some point yield curve control full debt monetization, perhaps buying ETFs, keep our global financial market share large while trying to orderly sacrifice the nation's fiat currency store of value power big time over the long haul to avoid legal defaults outright. Again we have a digital printing press as fast as you can type them on a keyboard, it is not illegal to devalue the fiat currency by their policy.

It still seems like it is gonna be BRRR and fiat monetization to meet all obligations or until fiat faith and confidence psychologically starts breaking out through breakaway walls God forbid.

Moving now to what I promised to discuss, some key takeaway points for modern-day precious metals investors.

A crucial difference between this 21st Century secular bullion bull market versus the last tinier 1970s version where all four major precious metals markets peaked in early 1980 within months of one another is derivatives... leverage, what the London Gold Trader spoke about at the beginning of this video.

In the last 1970s bullion bull market, only futures derivatives were capable of shoving around spot prices for medium-term durations, as well the IMF western government forced and other central banks tried their best but secular inflation brought about an overwhelming mix of greed and fear, both are key emotions for precious metals price manias.

Back then central banks were net sellers, not strong net buyers as they have been since the 2008 global financial crisis. This fiat financialized system is inherently unstable.

Substitute price proxies where you pay administrative fees and bear the risk for supposedly easy liquidity. But go read the prospectus of virtually all of them. Shareholders own nothing but price and counterparty risk no bullion.

Futures markets often double count ETF metals pretending as if they will be somehow used in delivery if and when big money crowds of longs demand so, they'll get cash or ETF shares, best of luck finding bullion.

It's this tornado of derivatives from the 1980s onwards, substitute proxies, and bank concentrated leverage that has allowed price inflation to be hidden for so long.

It's basically what has kept the monetary precious metals in check, at polite price points, for now.

When recently asked, over 70 central banks responded about their collectively owning now over 1/5th of physical gold ever mined.

The vast majority who own gold bullion outright want to remain in power, for reasons of confidence, credibility, and store of value currency creation. Near next to none of them use leveraged precious metal futures derivatives, unsecured ETFs or funds, or risk-laden mining shares to express their prudent long term gold position.