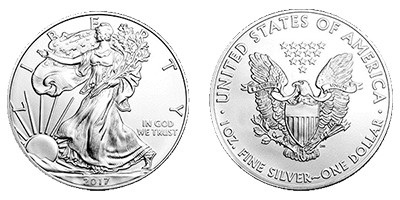 What Is The Obverse of a Coin? | Coin Obverse Defined

Collecting coins or investing in them demands some basic knowledge of the terminology thrown around in this domain. Not only can this knowledge reduce the chances of you getting duped into buying a worthless product, but it can also help you understand this field a little bit better and make it more interesting.

If you’ve ever researched silver coins or gold coins, or bought one, chances are, you’ve come across the term, ‘obverse.’ So, what does this term mean? In a nutshell, the front side of the coin is called the obverse of the coin. Of course, this raises another question – which of the two sides can be called the ‘front’ of a coin?

Defining the Obverse of a coin 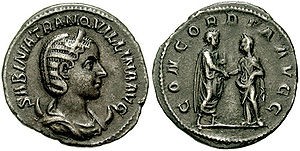 Although there is no set international standard that defines what side of the coin would be called the obverse, numismatists commonly use the word obverse to refer to the ‘heads’ side of a coin. This is easier to define as the ‘heads’ of a coin is simply the face that bears the image of a face, head, or a portrait in general.

[The left side of the above image is considered the head or obverse of this coin because of the depiction of a single head or person on it. The image on the right is the reverse side of this coin.]

History Behind the Obverse and Reverse of coins

In earlier times, coins were struck by hand using an anvil and a hammer. Both the anvil and the hammer had designs embossed into them to press them into the metal flats used for currency.

Although current practices are more efficient thanks to industrialization, modern coin presses work pretty much the same way. Hydraulic pressure is used to generate enough force to impart designs firmly and clearly. Some modern presses still use vertically-mounted hammer and anvil dies to press coins. Some others have come up with more efficient horizontal mounting methods that allow mints to strike even up to five coins simultaneously.

Most coins feature the issuing country’s head of state on the obverse side. This practice was popularized by the Roman currency system – with circulating currency that featured the likeness of the Emperor ruling the Empire at the time.

Today, all popular coins bear the issuing country’s present or past head of state, an iconic symbol, or even a deity or mythical character on one side. And this side is generally referred to as the obverse of that coin. The other side is called the reverse. 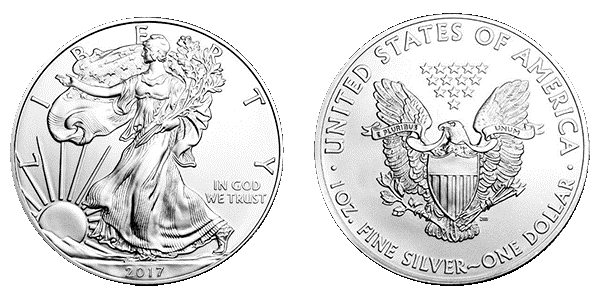 The obverse side of this coin features a majestic rendition of Lady Liberty striding towards the rising sun. While the reverse of this coin showcases the Heraldic Eagle from the United States National Seal.

The second most popular silver coin in the world, the Canadian Silver Maple Leaf coin has an obverse with Queen Elizabeth II covering the front of the coin. In the following video clip you can see this fact at 25 seconds in.

There are many other former British colonies that make bullion coins where that is also the same situation (e.g. Australian Perth Mint coins)

As you learn more about the bullion coin market, you will quickly be able to recognize the common coin obverses many of the most popular bullion coins carry.

If you want to learn more about bullion, be sure to also pick of free SD Bullion Guide.

Thanks for visiting us here.