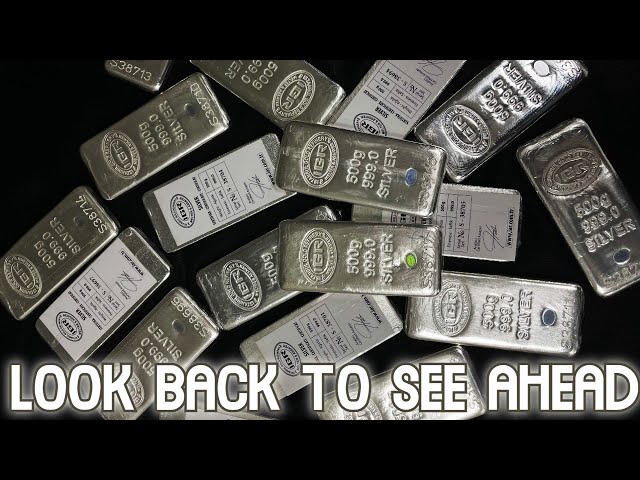 What a razor's edge we operate upon when a supposed system glitch at one of the Global Systemic important Bank institutions in the United States illustrates how fast average unsecured depositors will turn out, documenting their anger when something goes wrong.

Central banks still know that fiat Federal Reserve notes and gold bullion are critical for liquidity and solvency. Since the 2008 Global Financial Crisis, they have increasingly bought gold bullion at a pace not seen before World War Two.

They, too, know the system is inherently unstable and built on bad assets, of which many will get written off one way or another (outright defaults or real value price inflations to come).

Around the same time that John Exter was creating his original inverted pyramid illustration, in late 1969, the ATM was becoming a hot new technological advancement. Check out this short clip on how that new technology was covered on the other side of the world in Australia in 1969.

The Bank for International Settlements continues working on the coming fiat CDBC payment infrastructure. Not merely retail versions, we are supposed to use one day with smartphones for regular daily payments.

But also, many significant underlying payment technologies will allow wholesale trade settlements amongst some of our supposed multipolar rivals and their commercial banking systems.

The spot silver price has climbed to $24 oz.

The spot Gold Silver Ratio climbed to close the week at 80.

Yesterday I ran a quick sentiment pool regarding the bullish power that gold has been recently trading. Many of you expect to see silver play some catch-up before the end of this year.

Understandably the feeling amongst bullion bulls remains positive. This week even CNBC pump'd silver bullishness with an article citing a potential run back to the $30 oz spot this year while supplies of silver are insufficient to meet demand.

The bullish silver article's author should have mentioned detailed trends and data specifics. Like how the Silver Squeeze and Wall Street Silver bullion buying movement goes while global silver ETFs, COMEX, and the City of London consistently drained of silver bullion inventories, for now, years running.

They didn't mention how research now suggests that solar panel growth in line with climate change commitments would require at least 85% of proven global silver reserves in the ground, while the inflationary world has a potential store of value crisis building.

CNBC readers of this article would also benefit from knowing that the current silver price is still over -85% off its record value when simply using increasingly rigged CPI gov't price inflation data from 1980 until today.

Given current data, I remain confident there is no other precious global commodity as undervalued as silver is, at least at the moment.

I'll be sure to tweet the article's author again so she is informed of these facts next time.

To close this week, I will end by readdressing some of the points we started.

While it is true that the fiat Federal Reserve note is still dominant in the financial universe, the speed of technological change and trade is likely to change that.

And while the fiat US dollar index or DXY is again trading at 102... it's essential to know from whence we have come to know better where we might be going.

Two decades ago, we embarked on a secular dollar bear market running into the 2008 Global Financial Crisis and beyond. You can see how low 2003 silver prices and 2003 gold prices were back then versus now, with the DXY also at 102.

We’re not far from another secular fiat dollar bear market that lasts for years and perhaps into the next decade, the 2030s.

Thus, a noticeable trend is poised to echo from the 2003 to 2011 run for gold and silver, respectively.

In China, for instance, once an old cup and handle formation broke, the fiat yuan price of gold went on a more than 3-fold run into 2011.

During the same period, the Chinese saw its local silver price to more than 6-multiple.

Currently, the Chinese are back to it buying gold bullion in heavy volume.

India is the nation that imported over +310 million oz of silver last year (over 1/3rd the world's fresh silver mine supply). Locally they lived through a +4X in gold and +7X in silver price run over that same time frame.

Finally, let us look at this fiat Federal Reserve note bear market analog for the USA.

The 2003 to 2011 fiat US dollar bear market story was a similar but even more rewarding situation for bullion bulls in the United States (+4.5X gold spot price multiple, +8X silver spot price ramp).

Each day that comes and goes, we are moving closer to embarking upon another secular bear market for the fiat Federal Reserve note. And therefore closer still to another massive cup and handle breakout worldwide for gold first and then silver to later explosively follow and outperform gold's footsteps.