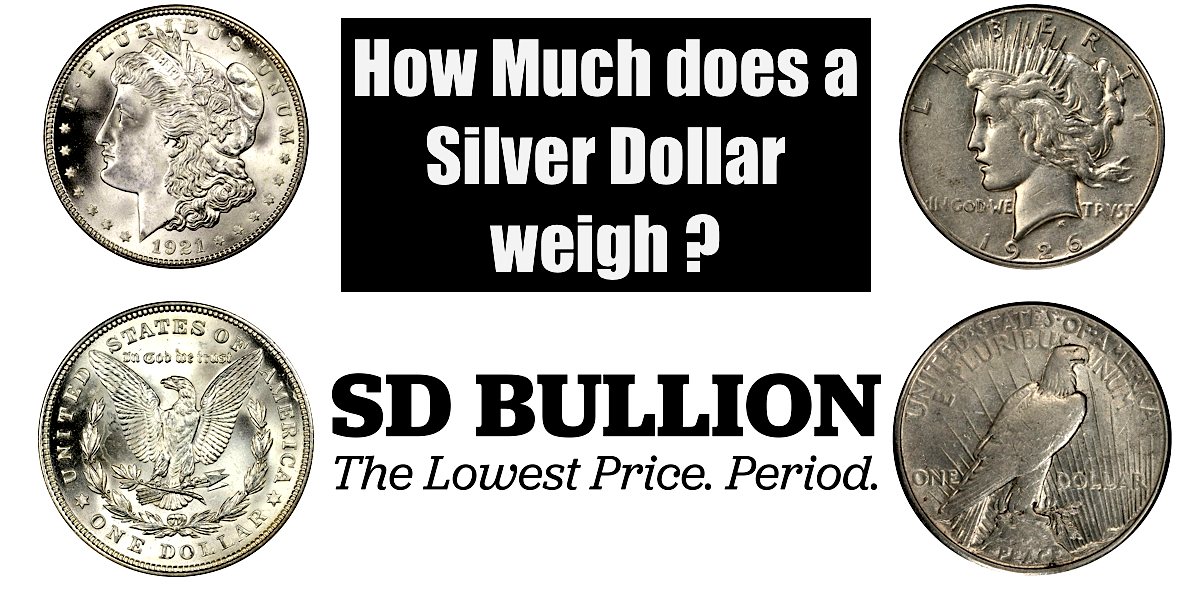 How Much Does a Silver Dollar Weigh?

Learn below how much these often commonly circulated 90% silver dollar coins weigh overall and how much silver content they typically have.

And also find out throughout their combined 38-year mintage timeframes, how many millions of these two popular and unique 90% US silver dollar coins were issued.

How much does a silver dollar weigh?

Named after its designer, George T. Morgan. The 90% Morgan Dollar silver coins were made with 90% silver and 10% copper by the US Mint for circulation in the United States of America.

The 90% Peace Dollar silver coin is the last silver dollar coin minted for circulation in the United States of America.

You can both buy or sell these silver dollar coins and other smaller common US 90% Silver Coins here at SD Bullion.