The spot silver price is closing just over 17 per troy ounce.

The spot gold price closes the week at $1,465 per troy ounce.

The spot platinum price climbed a couple of bucks to finish $895 per troy ounce.

The spot palladium price has the most upside of the four precious metals this week as the palladium lease rates in London are again climbing, signaling physical palladium shortages ongoing. Palladium is ending this week around 1780 per troy ounce, not far from its recent record high.

Finally, the Gold-Silver Ratio ends the week with just over 85 ounces of silver to get 1 ounce of gold.

Last week we focused on the rapidly expanding Federal Reserve balance sheet. Now having ballooned almost $300 billion since the middle of September 2019 when the NY Fed’s REPO Loan program started. The NY Fed has loaned out over $3 trillion fiat USD in total since middle September 2019.

This week, I want to take us all back to hear some more US congressional testimony from Federal Reserve Chairman Jerome Powell yet again speaking to US Congressional Joint Economic Committee.

In this clip, Powell speaks about the unsustainable debt-driven path the US is currently on. With hard Federal Debt now past $23 trillion, a few trillion more than our annual GDP in the USA.

There will be no mention of unsustainable (how will be they be payable?) unfunded liabilities or other much promises we have not saved for such as social security, medicare, pension liabilities, unfunded private debts, or other mandatory unfunded government debts. The total of those promises we have not saved for is currently estimated anywhere from $100 to over 200 trillion, depending on your estimation source. 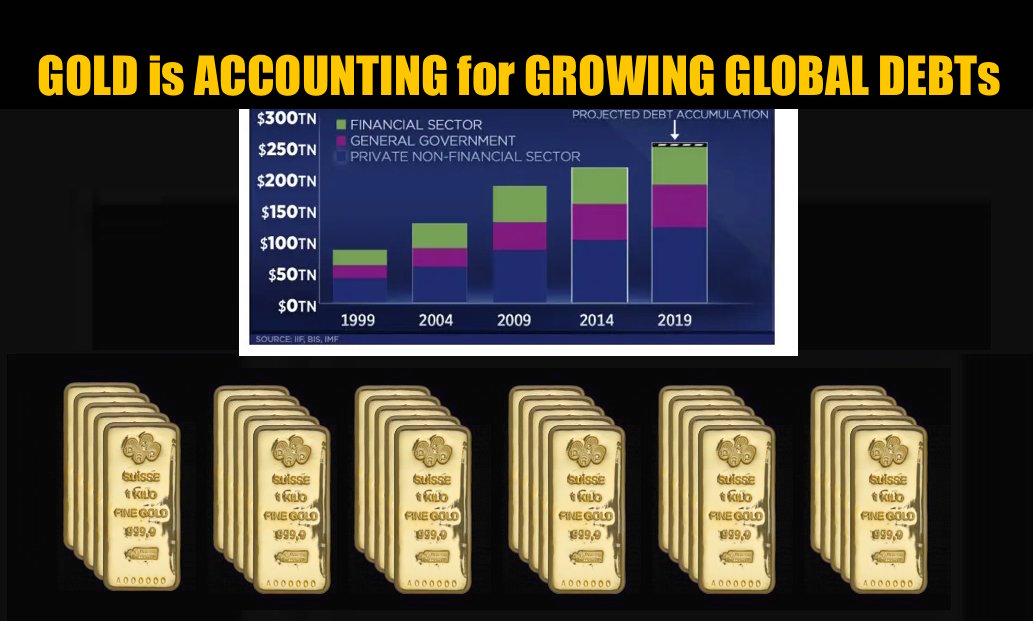 TOTAL DEBT is GROWING FASTER THAN THE GLOBAL ECONOMY

This data does not take into account the unfunded multi-hundreds of trillions in promises not merely the USA but also many other western governments are readying to default on via further currency debasement or structural resets in the coming decades.

A couple of quick back of the napkin points for you to consider in terms of these fiat debt piles versus real gold value worldwide.

So yes, gold bullion is accounting for this fiat currency and credit expansion, much of which will go unpaid and defaulted upon.

The trend of further fiat currency devaluations, more nominal debt piles, and bullion gaining additional value still against it all. That is unlikely to revert in the 2020s and even into the 2030s, depending upon structural resets and systematic financial changes required.

One tactic which has already put into nearly 40 years of use is how the Federal government’s Bureau of Labor and Statistics (BLS) has been increasingly lying about accurate price inflation rates for now coming on four decades.

Note the multi-decade gap between the red line; the Fed’s currently we don’t have enough inflation 2% lies, the blue line’s more accurate inflation statistics. You reading this well know because most likely, you have paid some form of our increasingly higher hospital, healthcare, childcare, and educational costs over this same time frame. Prices that are less and less way matched what you were being told about the fiat Federal Reserve notes’ purchasing power.

Their systematic inflation lies began as policy after gold almost took the entire financial system down in January 1980.

And since the 1990s, about 7 to 5% per year compounding inflation lies between the real inflation number and their lying statistics has decimated the entire US middle class as median wages have been stagnant and in practical terms dropping.

To put this in context, most listeners and viewers can better understand. Let us look at all-time silver price highs (in fiat $USD) under the context of how we used to measure inflation before 1980.

The near fifty fat Federal Reserve note price high for silver in late April 2011 is now worth over $100 of today’s fiat Fed notes. The 1980 price high looking backward, if even muttered, would make me sound like a silver bull nut job ????.

The reality of monetary precious metal values over long swaths of time is that they buy more of other commodities and even most manufactured goods. The opposite is the case for any fiat currency.

Even though human beings get more productive, producing more output per working hour decade after decade, every fiat currency note will keep losing value to real things over time. The fiat Federal Reserve note is no exception, no matter how many lies the financial powers that be tell us.

Our own US history shows us that without central bank interventions, price fixings, war-induced price inflations, or unconstitutional fiat currencies, the general state of our history is one of goods services becoming cheaper to gold over time.

I own more gold than the central bank of Canada 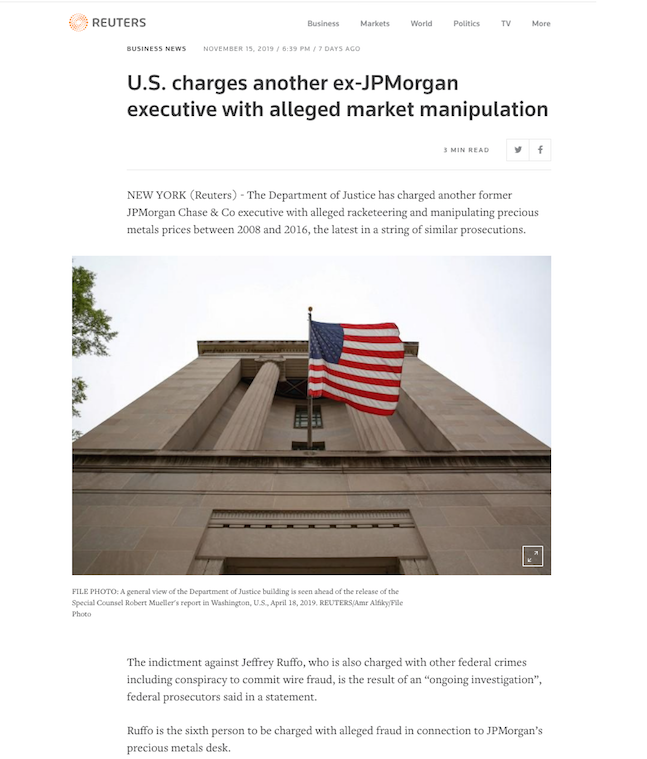 Thank you for visiting us here at the SD Bullion blog.