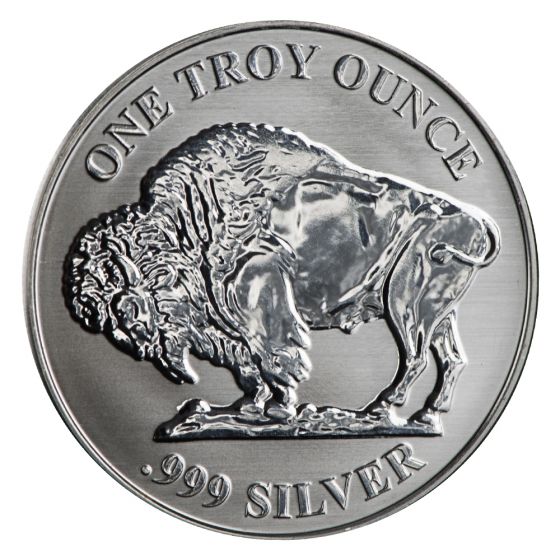 Introducing the New Republic Metals Reverse Proof Silver Buffalo Rounds. This product is sure to be popular among investors since the price over the silver spot is extremely low and the round is meticulously made with a stunning proof-like finish.

Inspired by the design of the Indian Head Nickel by the sculptor James Earle Fraser, these silver rounds boast images on both sides that make it quintessentially American. They are minted by the Republic Metals Corporation, a private company that is based in Miami, hence every one of these silver rounds is designed and minted in the United States.

Founded in 1980, the Republic Metals Corporation has become an internationally recognized brand when it comes to precious metal bullion products. It boasts of listings on several prominent precious metal exchanges such as LBMA, COMEX, SGE and SBMA. Consequently, the quality of their products has given rise to an eminent global image that radiates purity and excellence.

These rounds are a tribute to Native American tribes with the obverse featuring a portrait of Native American Chieftain that was originally imprinted on the infamous ‘Indian Head Nickel.’ This image was designed by the James Earle Fraser in the year 1913.

In addition to the aforementioned image, the right side of the obverse features the word ‘Liberty.’

The reverse portrays a side profile of an American Bison as it peacefully grazes on a patch of land. It is said that this image was modeled after a Central Park Zoo Bison, in New York City, named ‘Black Diamond.’

These rounds will make valuable additions to any American Silver collection. Moreover, being eligible for use in precious metal IRAs makes them an excellent commodity asset to expand your position in precious metals.