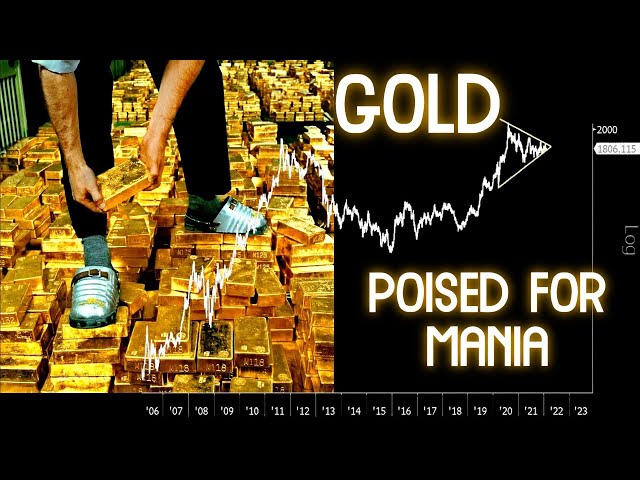 In an email to his followers late last month, Luke Gromen of Forest from The Trees research wrote,

Fast forward to today, and Bank of America (below, but there are other banks saying something similar) is calling for 7 rate hikes in 2022 and a peak Fed Funds rate of 3%. In a development that is similar in many respects to how during the housing bubble, no one believed that home prices could fall nationally, Wall Street banks are ignoring math that suggests the US will likely have a crisis way before Fed Funds gets anywhere near 3%. Why? Because US economists have never had to think about the US Balance of Payments, or about US Entitlements coming on the balance sheet, etc.

A 3% Fed Funds Rate would equate to roughly 4-5% average US government borrowing cost (proforma.) On $30 trillion in US debt (for easy math), that’s $1.2-1.5 trillion in US interest cost (again, proforma). When we then add that $1.2-1.5 trillion in interest to the $2.7 trillion the US spent on Social Security and Health & Human Services in 2021 (those are effectively the interest cost on the US’s $100T off-balance-sheet Entitlement obligation), we get to $3.9-4.2 trillion. When we then also add on the $200B in Veterans Benefits, we get to $4.1-4.4 trillion in US true interest expense, which is way more than 100% of US tax receipts (assuming that the rate hikes do not cause historically highly interest-rate sensitive tax receipts to fall.)

Here is what the US government has been taking in terms of tax receipts annualized updated through Q3 2021. That is just over $2.5 trillion annualized currently, with an all-time stock market bubble required to reach these all-time high tax receipt levels.

Back to Luke's final point.

Bottom line – many are talking about Fed rate hikes, but few are doing the math on how those rate hikes could make the US government unable to make ends meet without the Fed helping finance US deficits by upsizing QE. We think it is critical that investors remain focused on this macro factor that few investors currently are paying any attention to.

We titled this week's SD Bullion update as "Gold Poised for Future Mania" because simple math on the back of a napkin illustrates further rampant fiat currency devaluations are the likeliest path ahead for heavily indebted governments and societies.

We are turning now to silver and gold spot price action for the week.

The silver spot price and gold spot price finished slightly up for the week.

The gold-silver ratio climbed and finished just above 80 to close.

I want to focus your eyes on the last two trading days to close this week's trading, particularly around the typical COMEX future market opening smash hours around 9 to 10 AM eastern time frame.

You can see two distinct attempts to smash stop losses and drive the spot price further down, but the long's response was swift and decisive back to the upside.

This positive knee-jerk reaction perhaps inspired a creative person out there to mock up this darkly funny newspaper mockup; others took to Twitter to point out how effortless daily spot price stop-loss break attempts are to notice now.

Eddie van der Walt of Bloomberg published his take on events of late in the gold market entitled, “Looks Like There’s a Whale Snapping Up Gold Bullion below $1800 oz.”

Of course, Eddie failed to mention that anyone who has bothered to look at record-sized gold inflows into China since the 2008 Global Financial Crisis, much of which likely resides with banks the Chinese government owns unofficially, as well as the 300 to 400 tonnes of gold the Chinese military produces seemingly year after year probably all of which never leaves the nation's borders either.

His current theory that there are likely other sovereign central banks or high net institutional investors in the spot gold market buying gold bullion anytime it dips below $1,800 oz is not a far stretch.

After all, we started this video with some basic math and brutal facts facing down the fiat currency creationists. With gold at the moment, beginning right, and sitting tight is the game for further fiat currency creation, and debt monetization is becoming one of the only moves financial powers can make.

Before we finish this week, earlier today, we released a deep dive 16-minute video on the 1933 Gold Confiscation history, answering the question of not merely How Much Gold was Confiscated in 1933, but also how that era of US financial history still affects each and everyone one of us still to this day.

How much Gold was Confiscated in 1933?

We think you will find the info insightful and likely surprising as we did.

I will also leave the link in the show notes, and comments below.