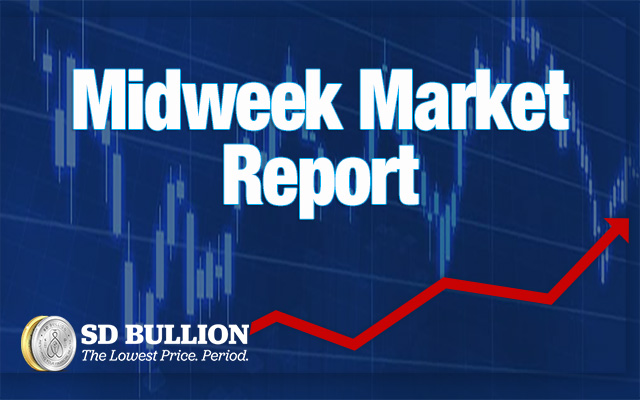 First of all, Merry Christmas to all, and if Christmas is not your thing, then Happy Holidays too!

If you blinked, you may have missed it.

For most of the day on Tuesday, December 22, the mainstream financial press was full of analysis and commentary on the more than 5,500-page “stimulus bill”, for lack of a better term, which is actually called the “Consolidated Appropriations Act, 2021”. Much of the opening had to do with all of the so-called “pork-barrel spending”, that frivolous, unnecessary spending which others might argue is really “fraud, waste, and abuse”, such as the tens of millions of dollars for gender programs in one far off foreign nation among myriad now well-funded pet projects.

In the mainstream media, not much was said about the lowering of the Economic Impact Payments, which were lowered in both the size of the payout ($1200 to $600) and the number of US Taxpayers and their dependents who will now qualify for the full direct payment from the Federal Government. Some analysis did focus on the fact that six hundred dollars amount to very little, which is an irony that’s in and of itself lost on everybody because the Fed and the Federal government state over and over and over again that there is no inflation at all, and the mainstream media propagandizes that myth as if it was a fact, and yet everybody agrees that six hundred dollars is basically nothing and will barely help out with anything, much less with America’s high cost of living in the year 2020.

Now, in true President Trump-style, Trump came out swinging on Tuesday night, essentially kicking the stimulus bill back to Congress and asking for both an increase in the Economic Impact Payment from $600 to $2000 and also demanding Congress cuts out the unnecessary spending.

Here’s the 4-minute speech from President Trump kicking the bill back to Congress, but I’ll link to House Speaker Pelosi’s Twitter account because the response there is interesting:

Republicans repeatedly refused to say what amount the President wanted for direct checks. At last, the President has agreed to $2,000 — Democrats are ready to bring this to the Floor this week by unanimous consent. Let’s do it! https://t.co/Th4sztrpLV

So here we find ourselves this Wednesday morning, very, very, very close to another helicopter drop of money, and yet the size of the payload is in doubt or in limbo.

Insofar that I have thought we’d get another round of Fiscal stimulus before the end of the year, I was of course wrong, but in the sense that deposits will most likely be hitting accounts shortly after the New Year, I was pretty darn close. That said, there are still many days left in 2020, and the last time I checked, over $1.5 trillion was in deposit by the US Treasury at the Fed, so the money is there, and all that’s required to release it is a few clicks of a mouse.

Here’s what to keep in mind with all of this:

Here’s the question: Why would silver NOT rise in price, and spectacularly?

For now, it's great to see a series of higher-lows and higher-highs:

That is, after all, the tell-tale sign of a bullish trend.

The Price of Silver has been outperforming gold, and now we see the ratio in the lower 70s:

I think we're about to kiss the 70s goodbye very soon, for the reason of rising prices on both metals, with silver outperforming gold to the upside.

The Price of Gold has been holding its own in the mid-1800s:

We also see the series of higher-lows and higher-highs developing on gold's daily chart.

Notice, however, we're at the support of the channel, and if I'm right in that the precious metals are rallying here, I think we could break-out of the channel at any moment.

At the very least, with platinum, I'm not expecting a seemingly never-ending sideways choppy channel as we see in palladium:

Palladium is still just a little too rich compared to the other three precious metals right now.

The question is, for how long?

That is one epic Wall of Worry.

Copper may not be money, but in addition to being a very important industrial metal, copper is indeed a currency, and to me, it looks like copper is telling us there's just too much funny money being printed around the world, and as such, price is rising accordingly.

But there is no doubt it's looking pretty tired here, and if "market participants" are counting on Robinhood Traders to save the bull market again, then $600 distributed between even fewer US Taxpayers might not be enough with regards to reinforcements.

But hey, the Fed's got the market's back, right?

Market participants seem to think so when it comes to the level of fear in the markets:

Because all things considered, that's not a lot of fear.

It's starting to look like 0.8% to less than 1.0% is becoming a targeted, acceptable range for yield on the 10-Year Note:

While this is higher than the previous range we've been watching, the 0.6% to 0.8% range, with inflation picking up, real interest rates are therefore the same or even lower.

Here's another dead-cat bounce in the US Dollar Index:

Of course, every day the dollar is has any remaining value is a gift, especially with silver, still, to this day, at bargain-basement prices.