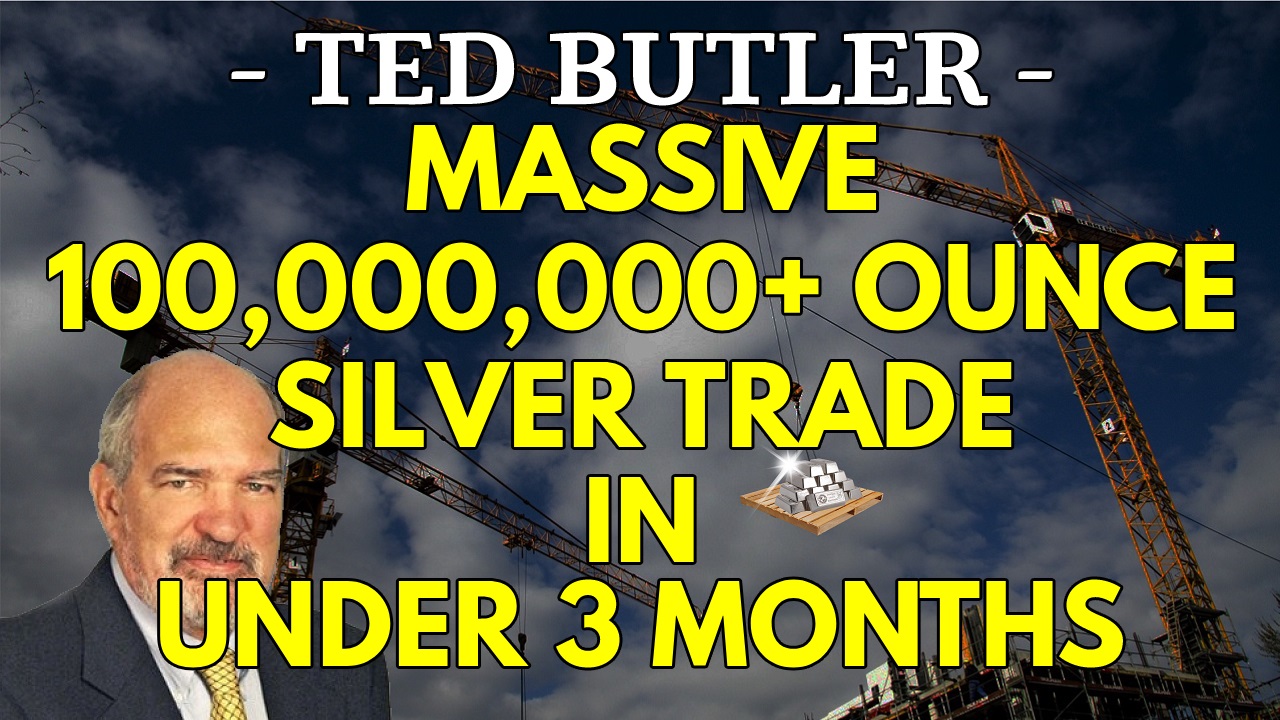 Another longtime JP Morgan precious metals trader busted by the US Justice Department this week.

In the last three months, we have witnessed over 100 million troy ounces of silver bullion flow into three significant silver ETFs.

This week, we speak with multi-decade silver analyst Ted Butler about these big silver news items and more.

Another solid week turned in for the monetary precious metals' values and fiat price action.

The spot silver price is trading late this week around 17.50 oz in fiat US Federal Reserve notes

The spot gold price is trading $1,530 fiat US dollars per troy ounce near the end of this week’s trading

The Gold-Silver Ratio has ticked 1 troy ounce lower this week. It now takes 87 inferred ounces of silver to acquire 1 derivative ounce of gold.

This week, we welcome back long-time silver analyst, Ted Butler of Butler Research to the show. To discuss yet another guilty plea this week by another over decade long executive director from JP Morgan’s precious metals trading division for the financial market crime of spoofing.

We hear Ted’s take on the US Justice Departments various indictments of precious metal market criminals over the past year’s time.

As well, we also discuss a likely massive silver trade which has formed in the last 3 months, in three of the most major silver ETF derivatives. This trade is of a silver bullion hoard the size of both the former Hunt Brothers and Berkshire Hathaway’s Warren Buffett.

We discuss who is possibly making a multibillion-dollar move into the physical silver investment market and what this kind of movement may portend for some of the precious metal derivative trading entities on the short side of silver moving ahead.

Welcome to this week’s Metals & Markets Warp, I am your host James Anderson of SD Bullion.

With us this week, a returning guest. Mr. Ted Butler of Butler Research.

Thanks for taking the time today and coming back on our podcast.

It was right after a long time former JP Morgan precious metals trader named John Edmonds, had admitted guilt prosecuted by the US Department of Justice for manipulating precious metal prices through COMEX AND NYMEX derivative futures contract spoofing.

This week, a second over decade long former executive director at JP Morgan, name Christian Trunz, admitted guilt again to the the US Justice Department for essentially doing the same precious metal price rigging from summer 2007 all the way to the summer of 2016 while working for JPMorgan in its London, New York, and Singapore offices.

Also this summer we have seen a former trader from former alleged naked silver shorting Bear Sterns who was then hired by ScotiaBank’s PM trading desk after Bear went bankrupt in the spring of 2008. This former Bear Sterns / Scotia precious metals trader also admitted guilt for essentially the same financial market crimes over a similar timeframe. From summer 2007 to the summer of 2016.

As well this summer we have Merrill Lynch Commodities trading desk paying the US Justice Department a $25 million fine for trader spoofing crimes, beginning by at least 2008 and continuing through 2014. No one was singled out, no one appears to be going to prison. Ill-gotten gains, are theirs to keep, shareholders get to eat this fine I suppose.

In the last three months, we have a massive +100 million oz of silver bullion flowing into SLV and other silver ETFs.

Just eyeballing it looks like around $3 billion USD has flowed into these three silver ETFs since the start of the year 2019.

Your thoughts, Ted Butler, on what is going on here? 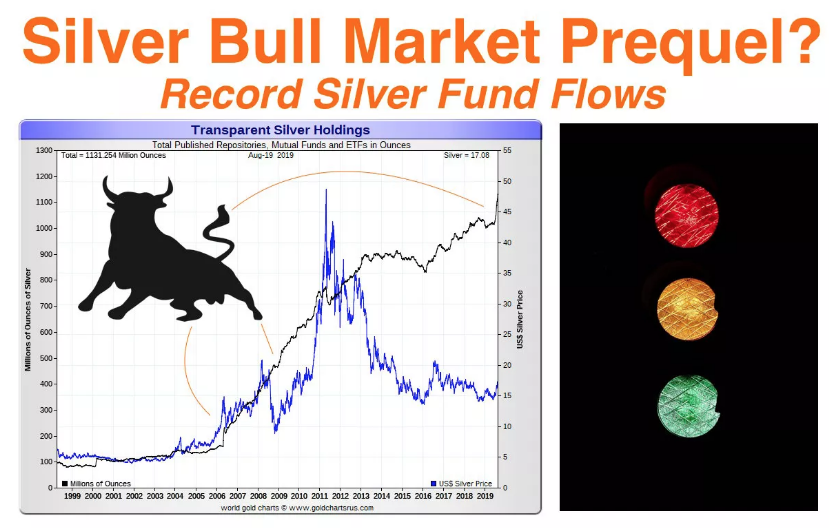 You mentioned in one of your recent open and unrealized loss to the 7 big shorts in COMEX gold and silver as of Friday’s close.

What are some other key factors which are giving you encouragement for silver prices at the moment?

Are you expecting JPMorgan to double-cross and go clearly long Ag at some point?

$16 trillion in negative interest rate bonds and growing.
Further interest rate cuts, potential Fed QE programs and MMT-like policies to come.
One can still get silver bullion for like $18 oz in fiat US dollars.

Could you in your wildest dreams have ever thought about a more potentially bullish setup for silver than the world we are in now?

Thanks to Ted for taking the time this week for coming on our gold-silver podcast weekly warp up. And thank you out there for tuning into this bullion podcast.