The silver price is surging!

And since the silver price is surging, today, I'd like to make this Midweek Market Report silver-centric, meaning that I will discuss each and every chart as it pertains to silver, and I also have many different timeframes of the silver charts to share.

First of all, check out that surge since last Friday: 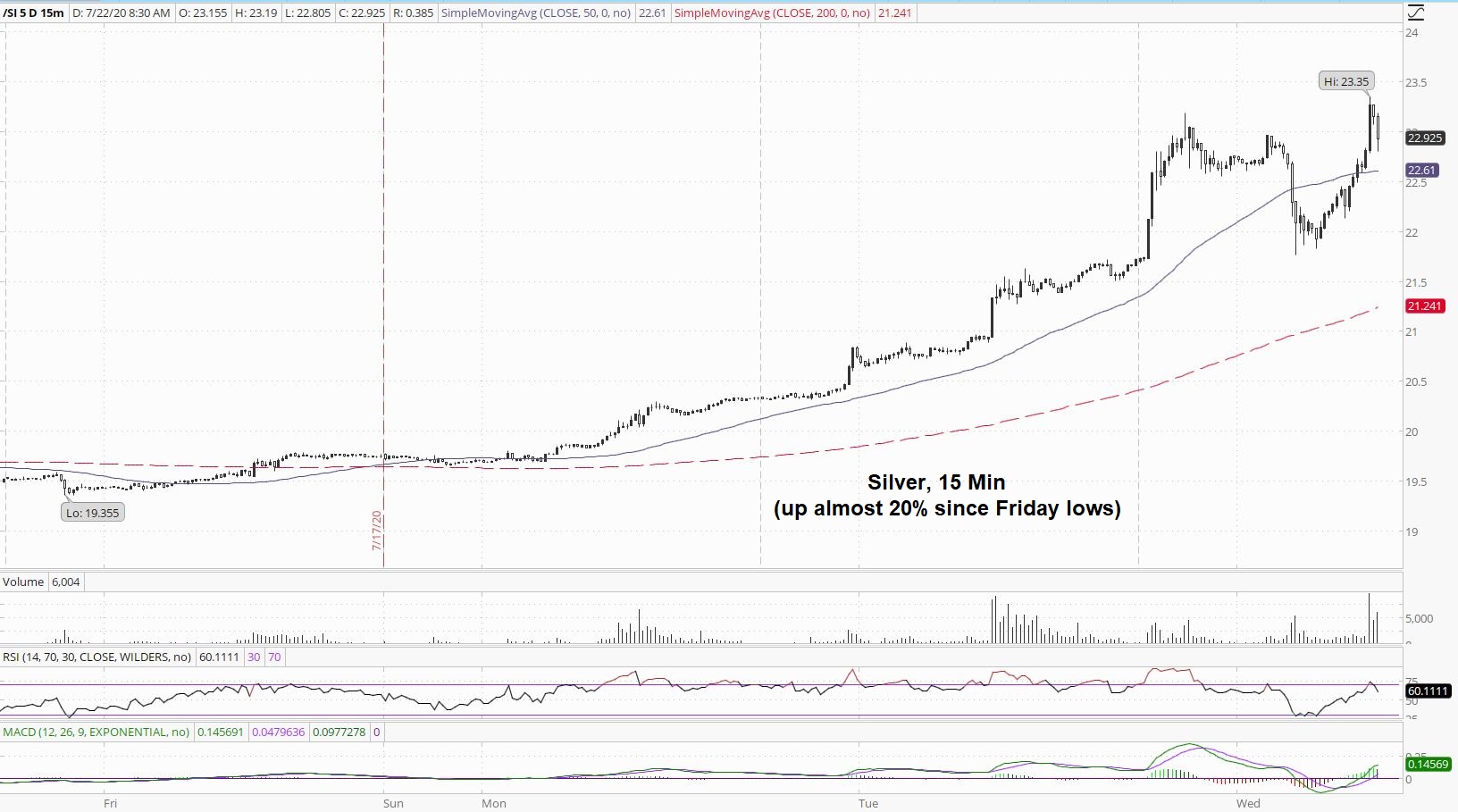 We're up nearly 20% from the Friday lows!

What has happened in the Silver market that has the price surging?

Well, the Silver Bugs already know, but last week, the Sprott Physical Silver Trust filed a Form F-10 with the SEC. The form indicates that up to $1.5 Billion US Dollars may be used to purchase physical silver bullion over the next 25 months! The thing to understand, however, is that the F-10 form is a prospectus, meaning it is many pages long and chock full of legalese, which, in part, states that things are subject to change.

Economics 101 would say that more money chasing the same (or lesser) amount of goods means the price shoots-up.

Laws of Economics may be subverted, usurped, or otherwise disregarded for some time, but not forever, and it seems we're at that point in time right now!

Here is something to consider: The Sprott F-10 SEC Filing is only one bullish fundamental dynamic in the silver market right now.

There are other fundamental dynamics affecting the silver market, three of which were discussed right here at SD Bullion, just last week.

In my opinion, the fundamentals are exerting themselves into the silver market in a big way! 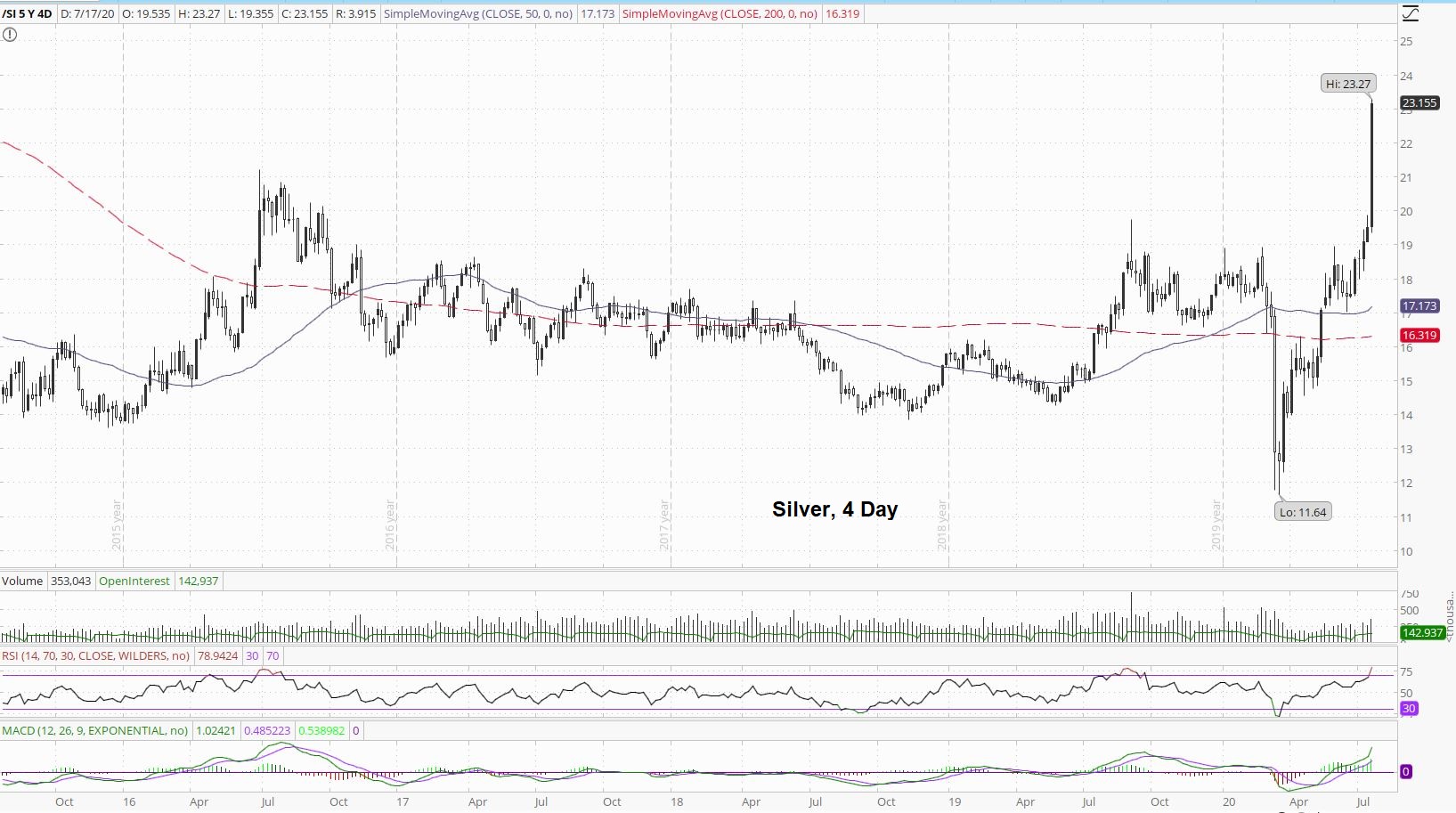 Each "candlestick" represents 4 days of trading on the chart above.

That surge is massive! 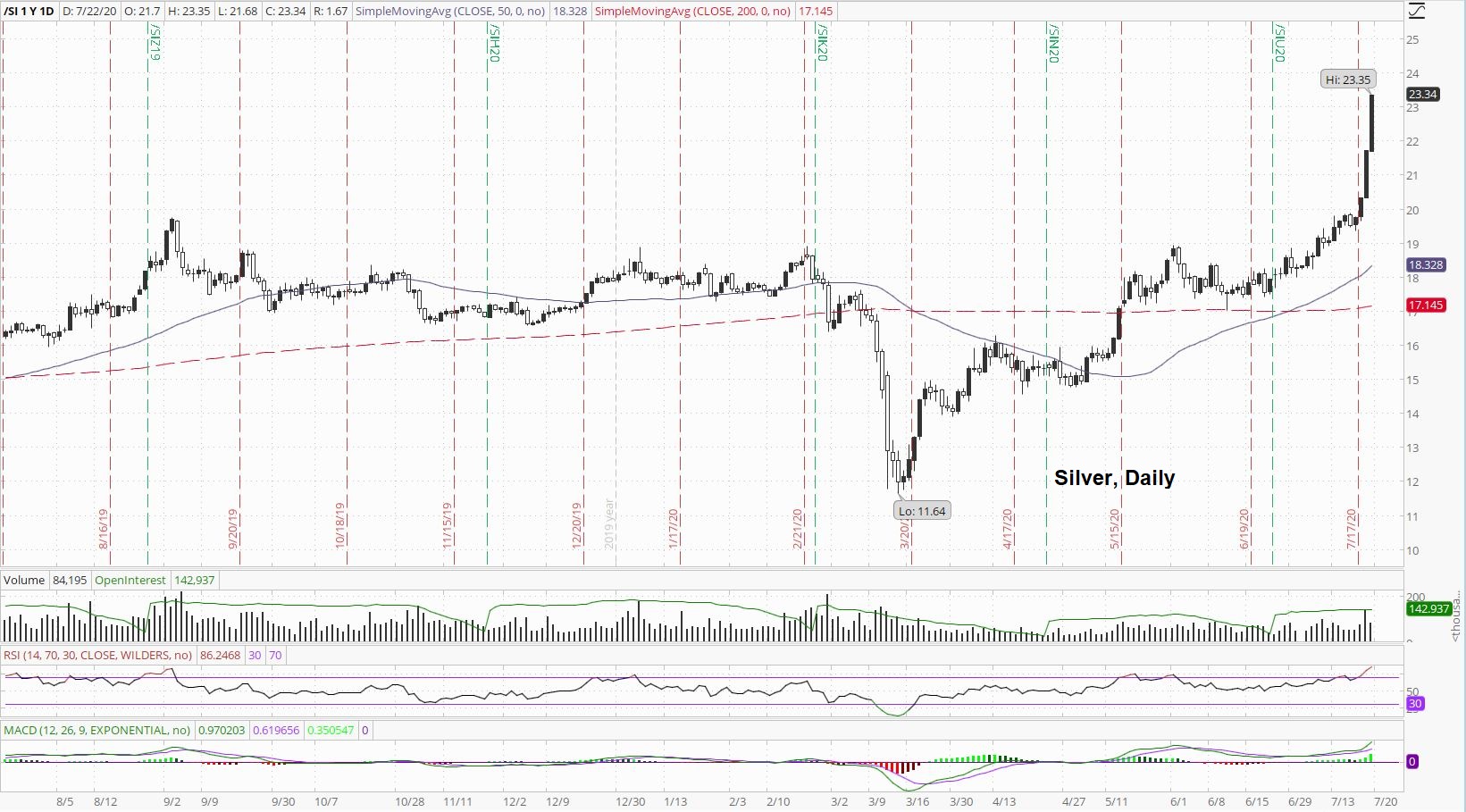 We're now in Late July, and sure, the technicals on the chart are screaming "overbought", but if the fundamental forces bearing down on the market are so much more, is silver really "overbought" with market conditions that are too bullish and optimistic, or is it just that a few sentiment indicators and some signaling in a paper futures market are doing all of the screaming, even though smart investors are moving on from paper "market" and into real, physcial silver in-hand?

Zooming in a little, silver's 4-hour chart is interesting: 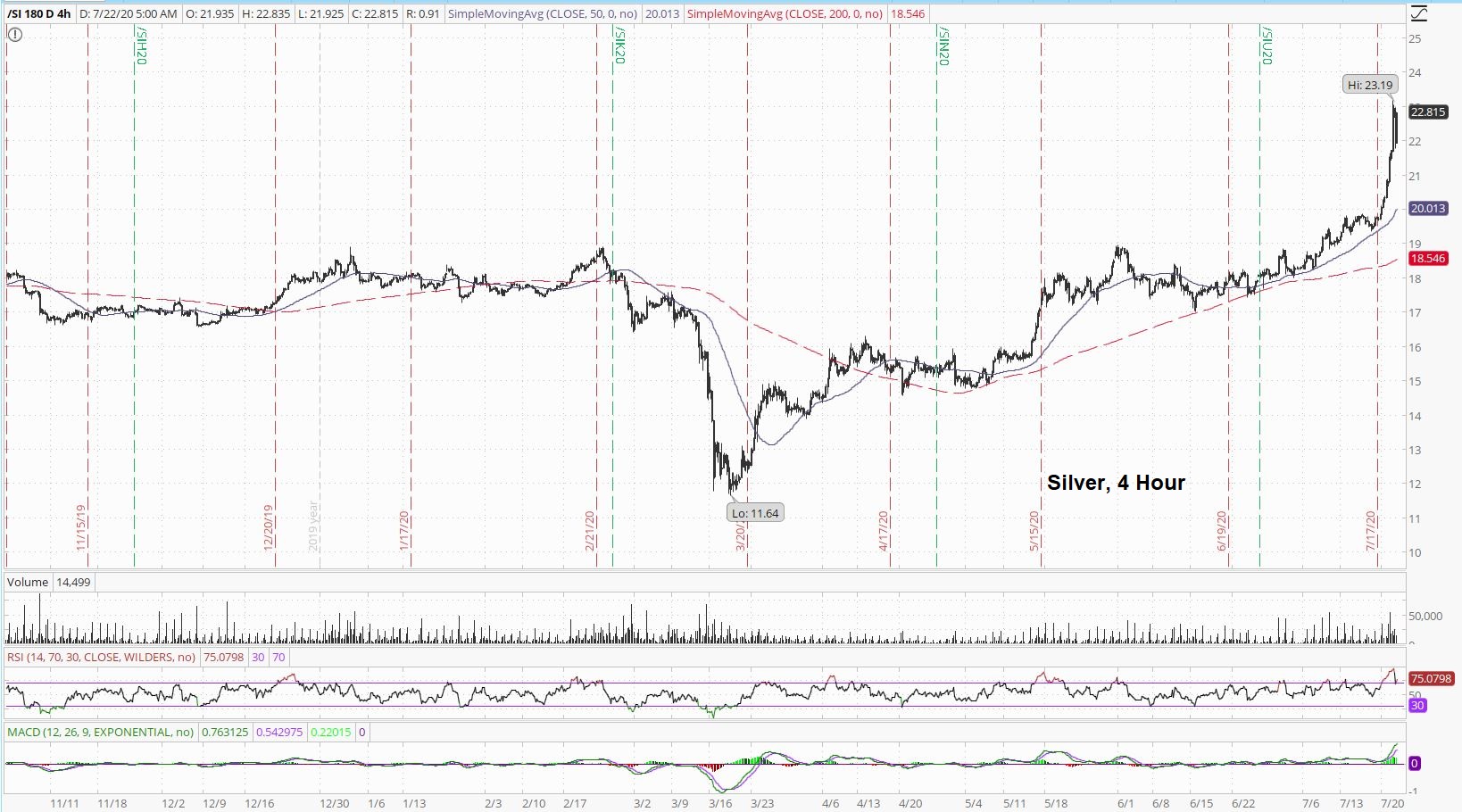 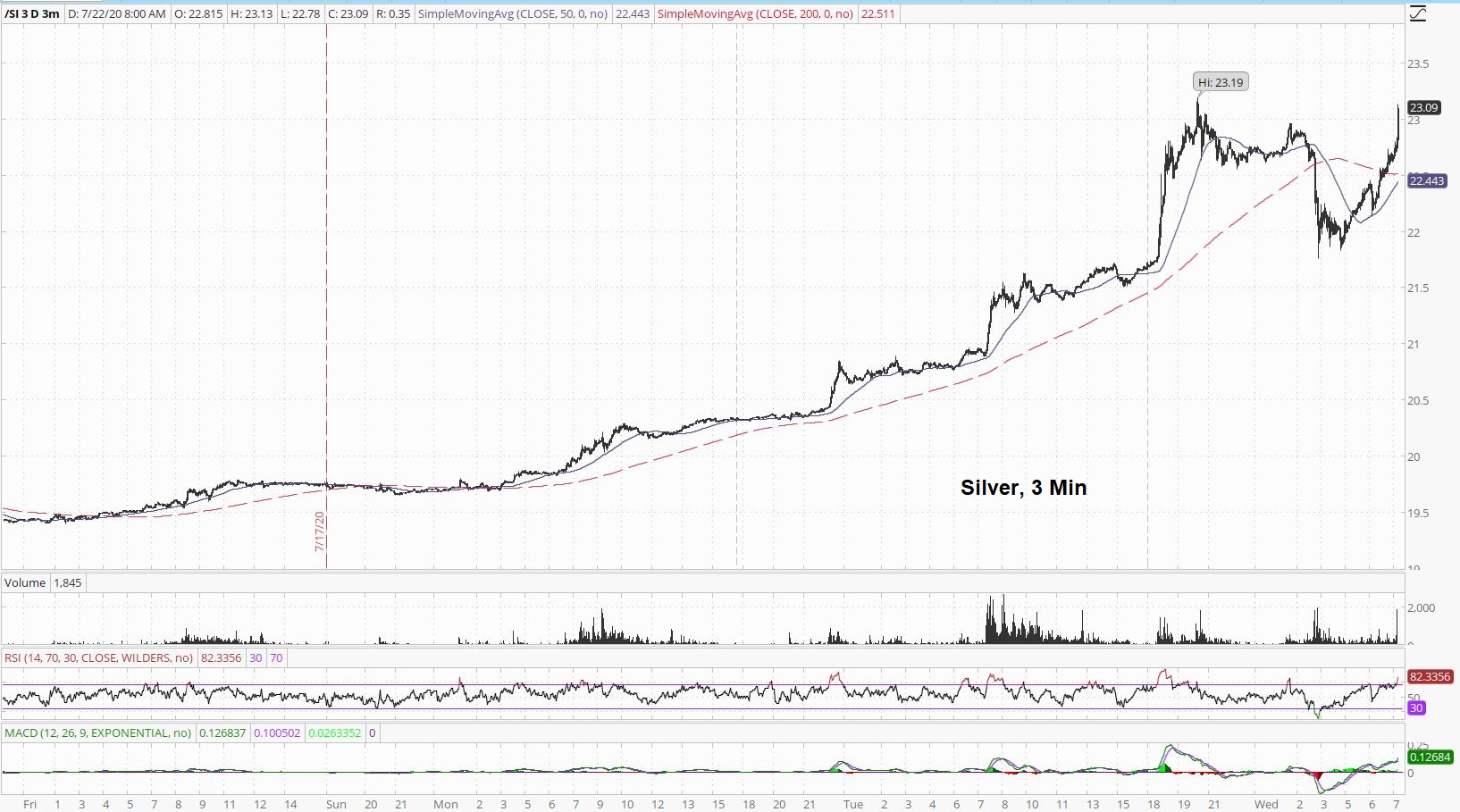 Talk about a rollercoaster ride!

Not surprisingly, the gold-to-silver ratio has plunged below 90 and nearly through 80: 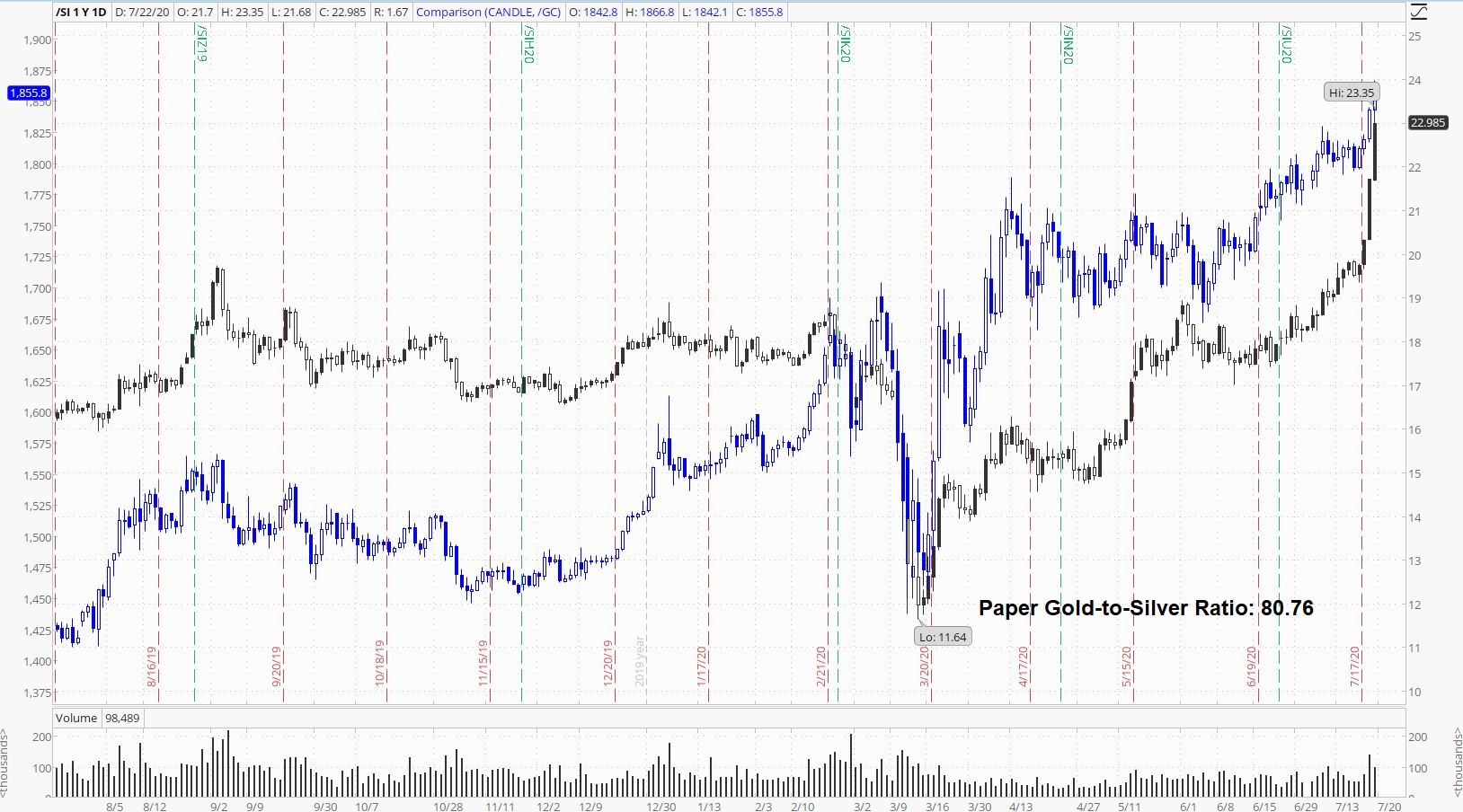 If silver keeps surging and gold continues to consolidate, the ratio will plunge even more.

That said, yes, there is a ton of excitement in the silver market right now, but let's not lose sight of the fact that gold is less than 5% away from all-time record highs in US Dollars: 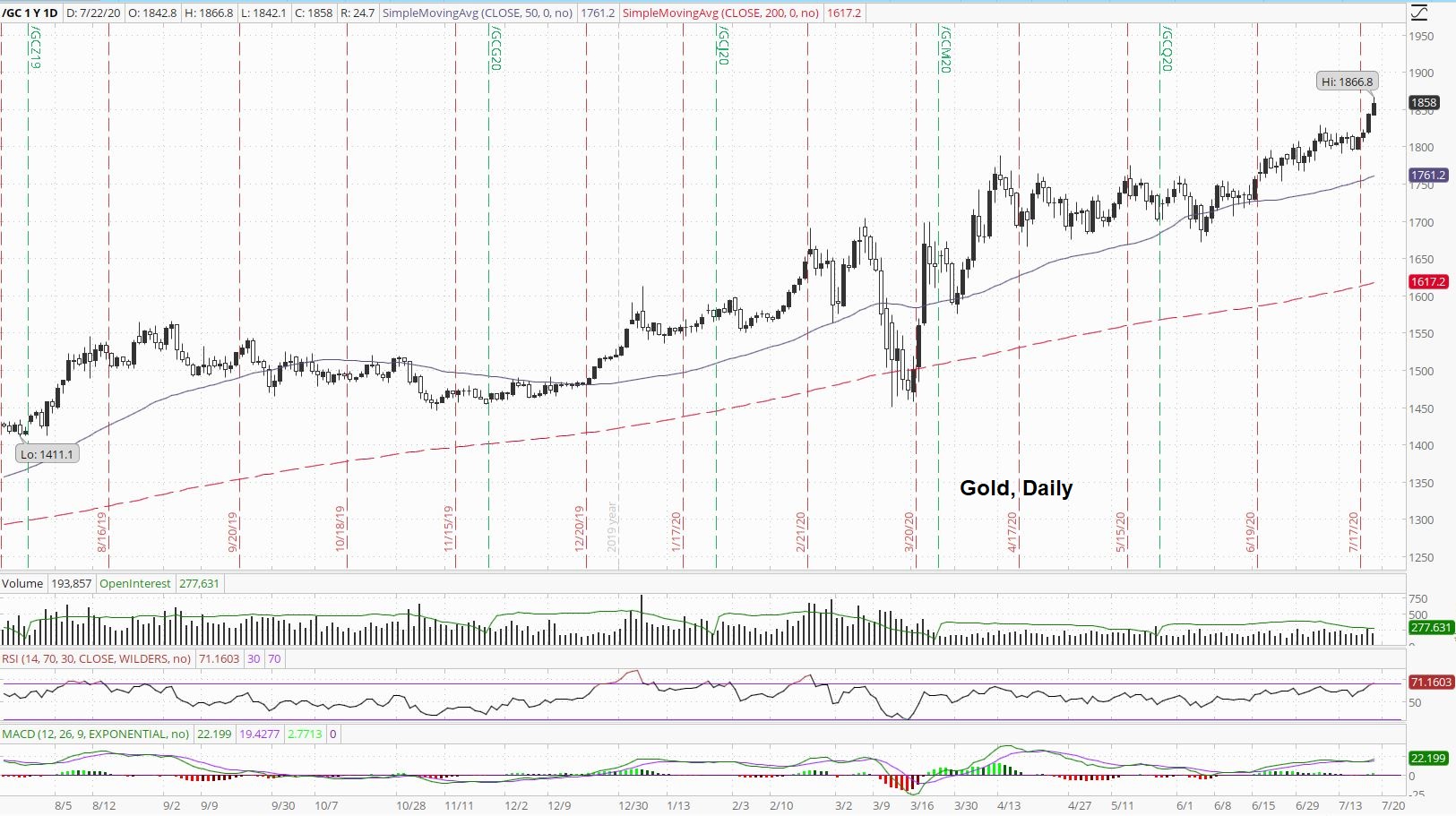 Palladium is starting to move again: 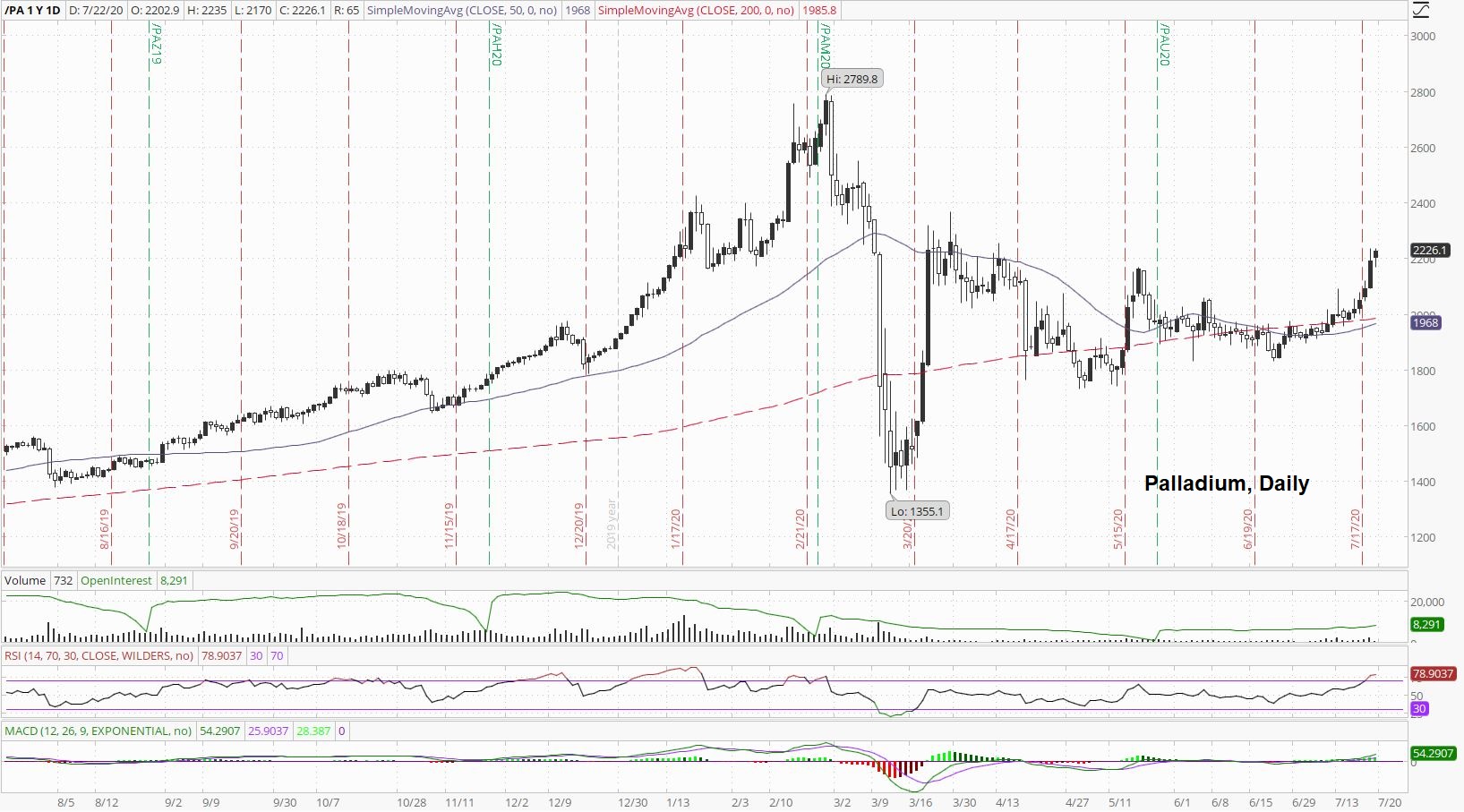 Palladium was under five hundred bucks not even five years ago, and would it not be too much of a stretch to say that one day we will be talking about silver being at parity with palladium?

Platinum is also starting to surge: 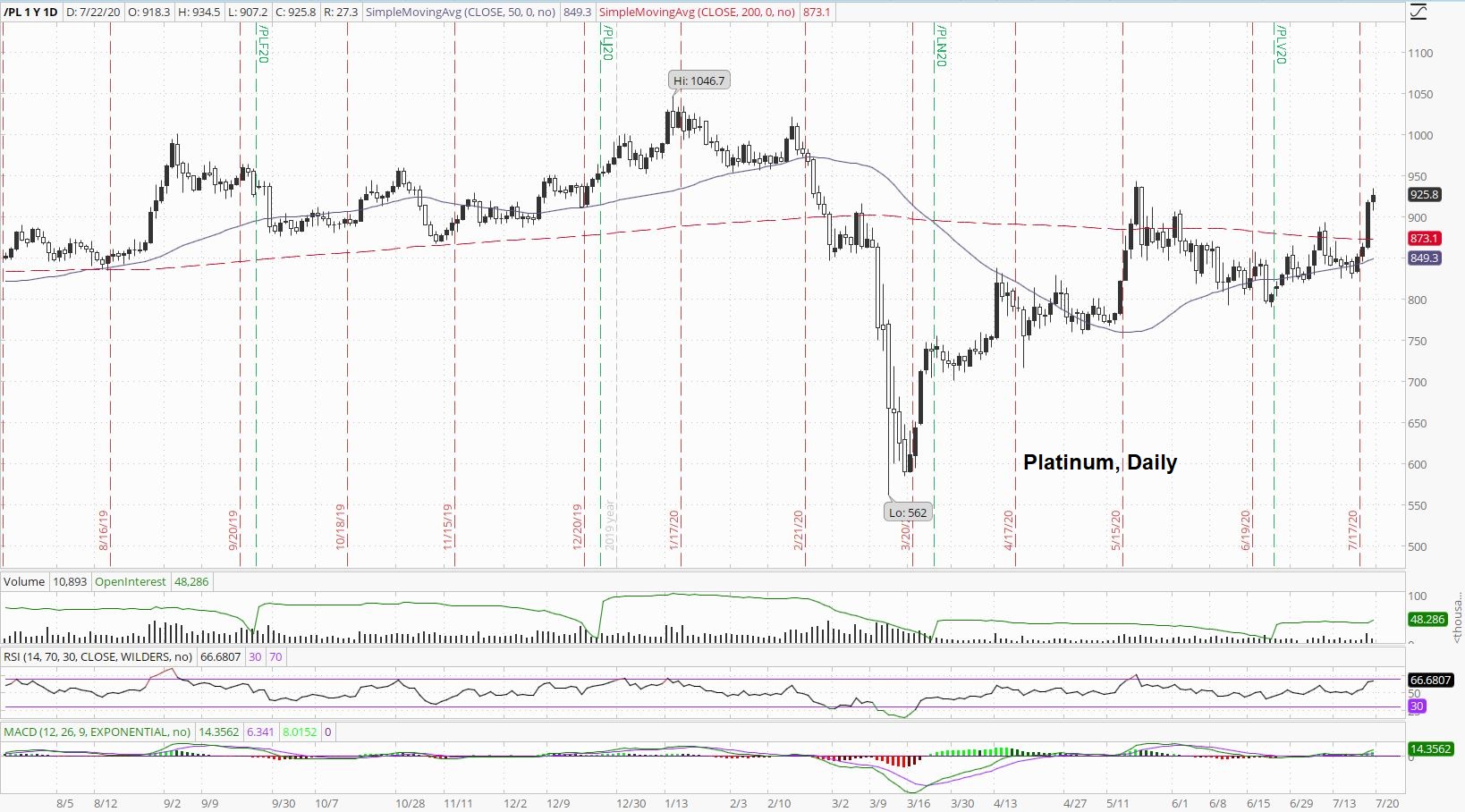 I had been thinking that platinum would surge in silver's fashion before silver began surging, in part, due to the fact that platinum is still down, year-to-date, and therefore, arguably, platinum is representing an awesome value investment.

That said, with silver's futures market paper price still under $25 in mid-2020, even with premiums considered to get real, physical silver in-hand, silver's value is arguably immensely greater in ways that few people can imagine.

Copper is putting in a nice healthy pullback: 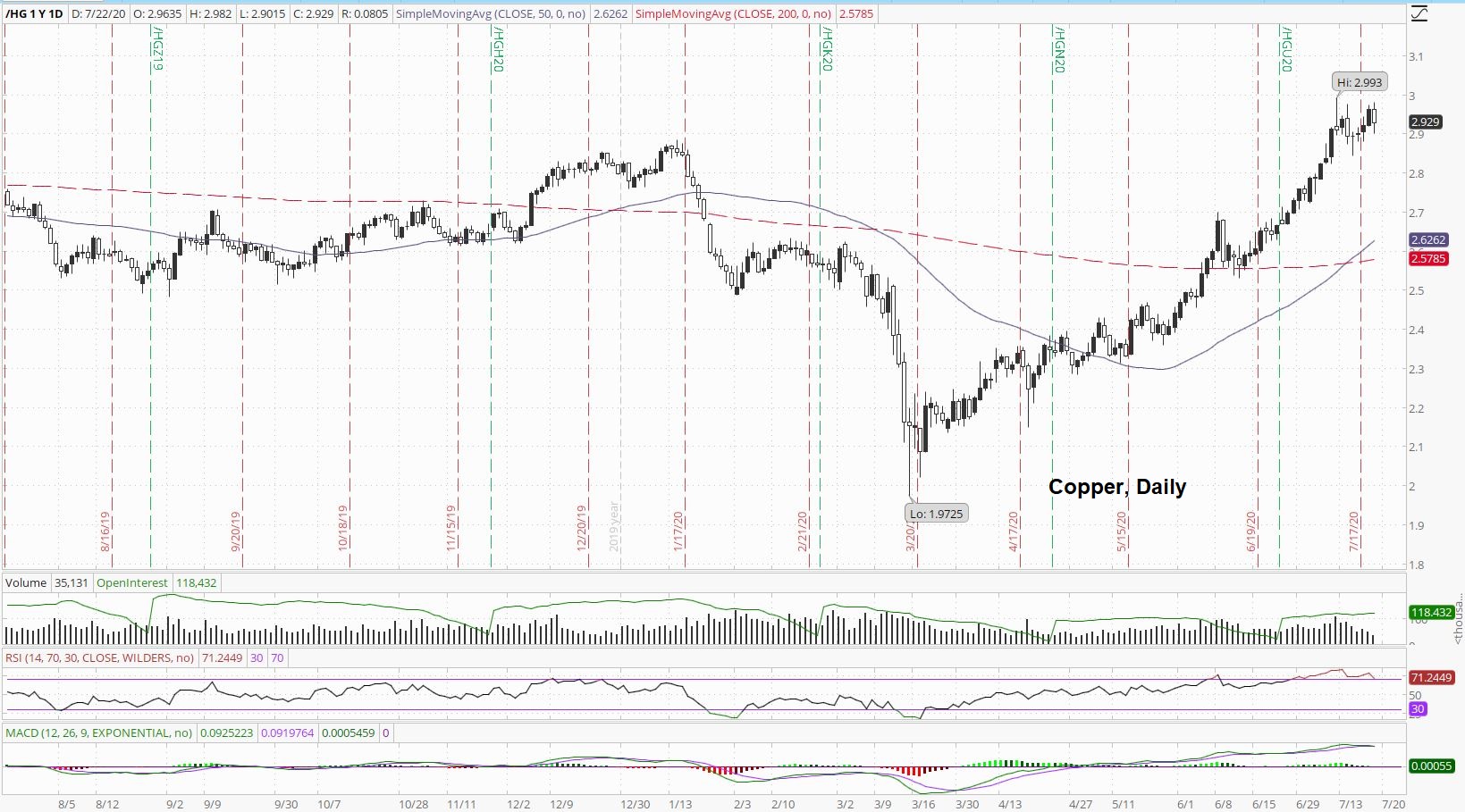 Crude oil has been pinned at $40 with very little movement in price: 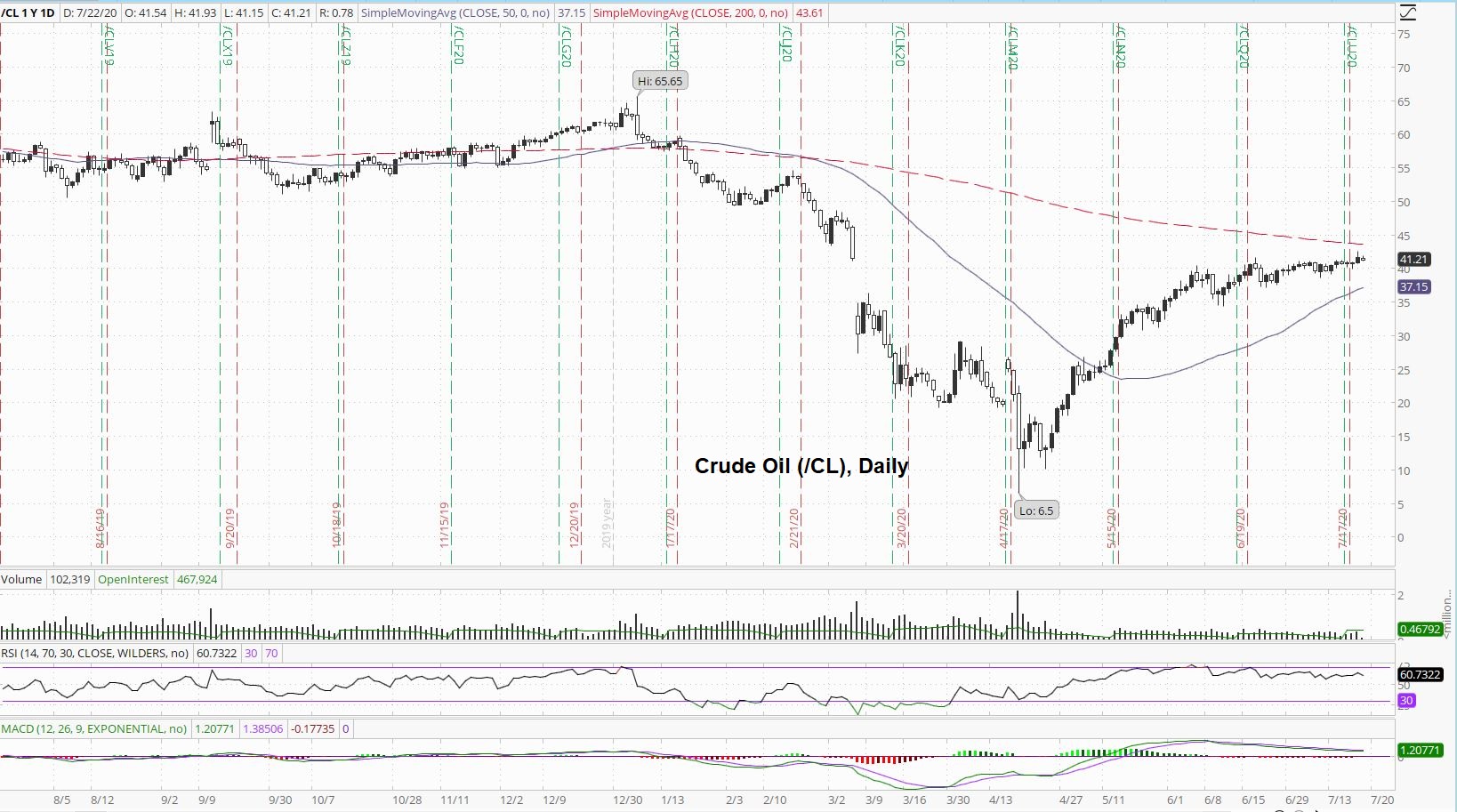 One thing is certain, however: You can't get real, physical silver to market unless you use a whole lot of crude oil, and the higher the crude oil price climbs, the more expensive it becomes to produce silver at pretty much all steps in the supply chain - from the mining to the smelting to the refining to the minting to the logistics and more.

The stock market continues to be at all-time record highs: 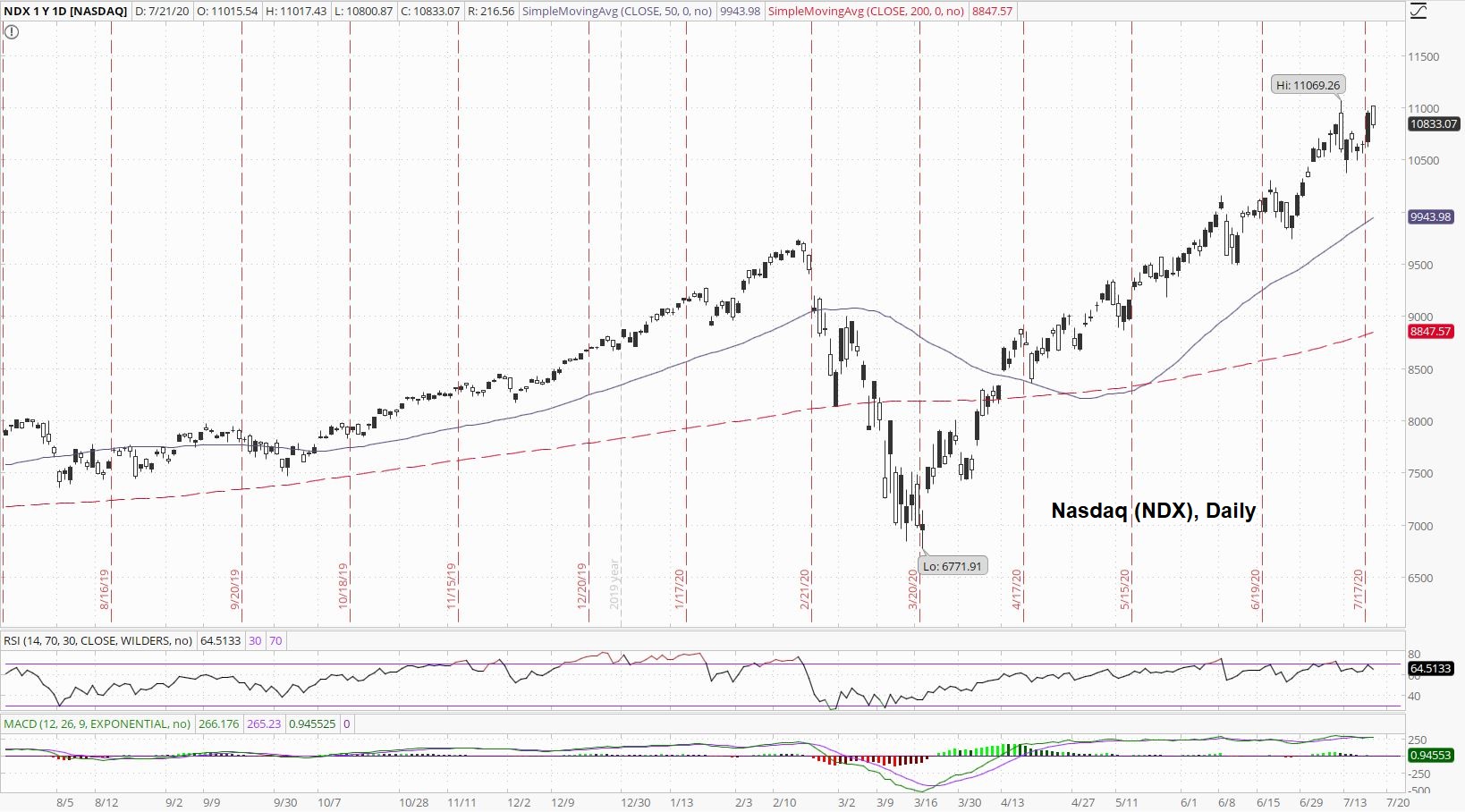 Here's the question: With silver on the move, big time, is it not possible that some deep-pocketed, smart investors may be taking profits in the stock market and putting on a hedge with real, physical silver in-hand?

There is very little fear in the stock market: 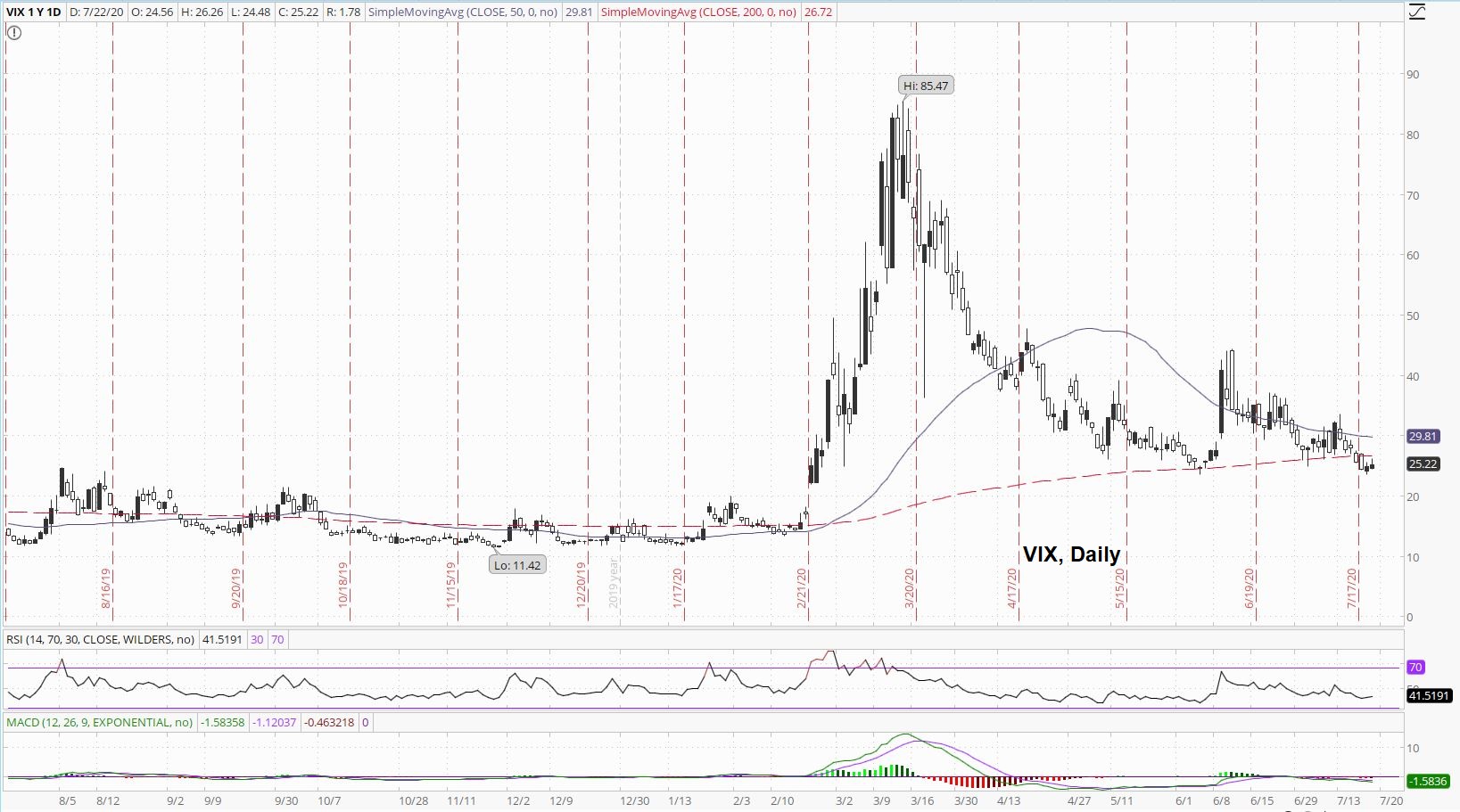 Silver is a hedge against uncertainty, and when it comes to fear, the "fear trade" is indeed a thing, so if we see a spike in the VIX, it's highly likely we see a spike in silver as traditional, fiat-paper market traders and investors become fearful.

Loan the US Government money for 10 years, and get less than 0.6% interest: 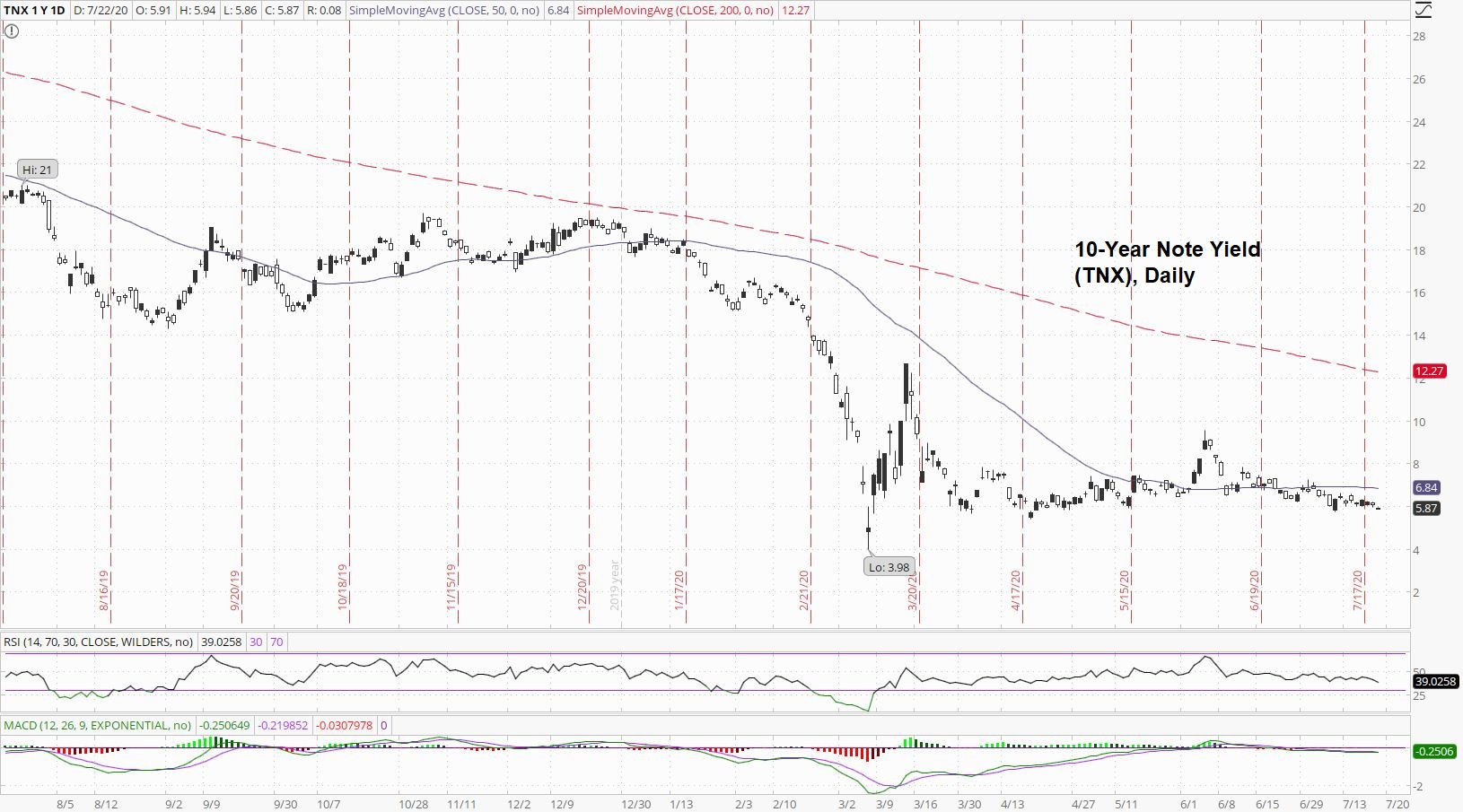 Does that even keep up with inflation, and if it doesn't, what does that say about the price of silver?

It says that silver is an inflation hedge and will be bid for that reason too!

Finally, the thing that is supposed to be a specific weight and purity of silver (and gold): 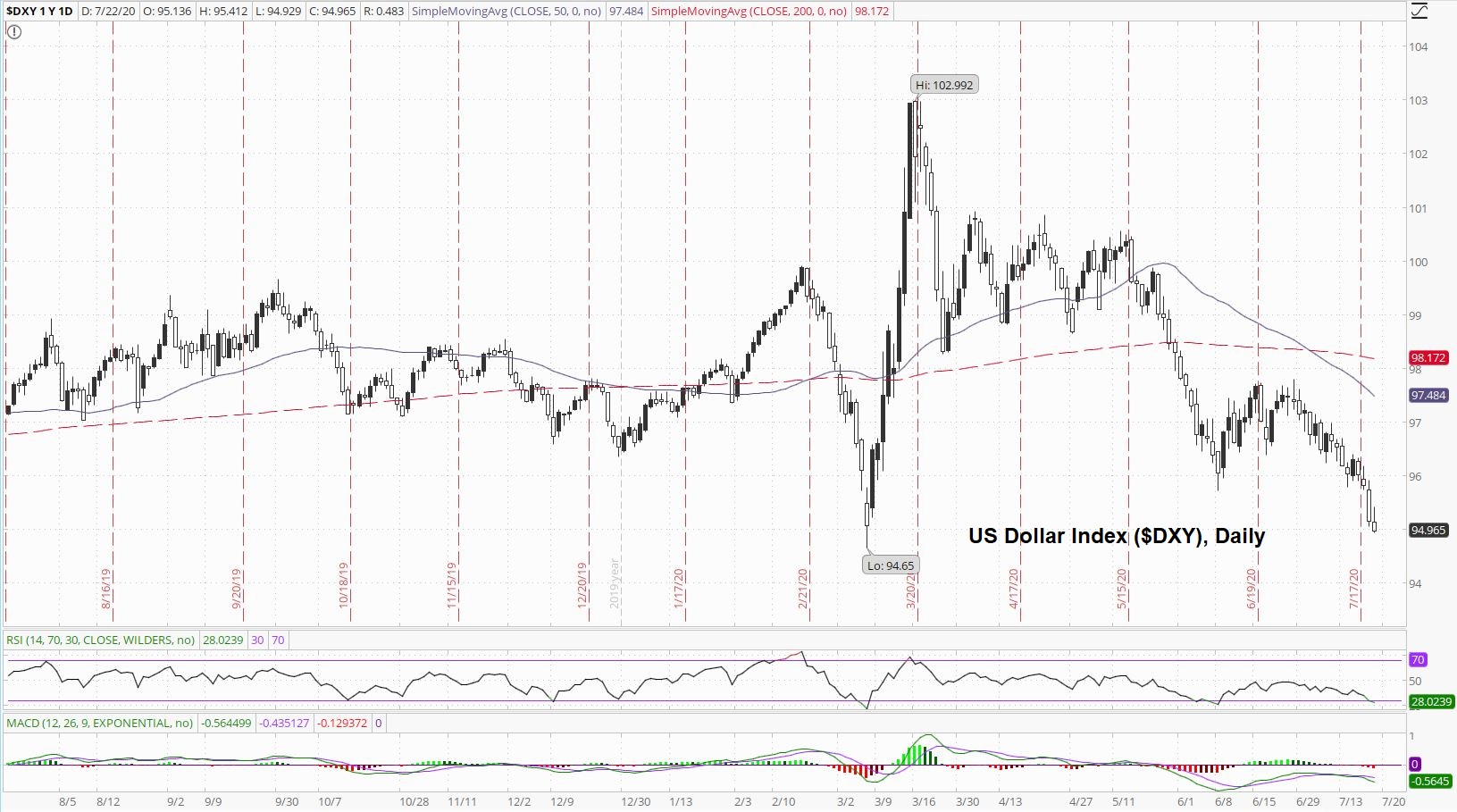 It is not that thing today, however, and now that the US Dollar, the Federal Reserve 'Note', is nothing more than unbacked, debt-based Unconstitutional fiat currency dependent on unsustainable, exponential growth?

And silver will be bid.