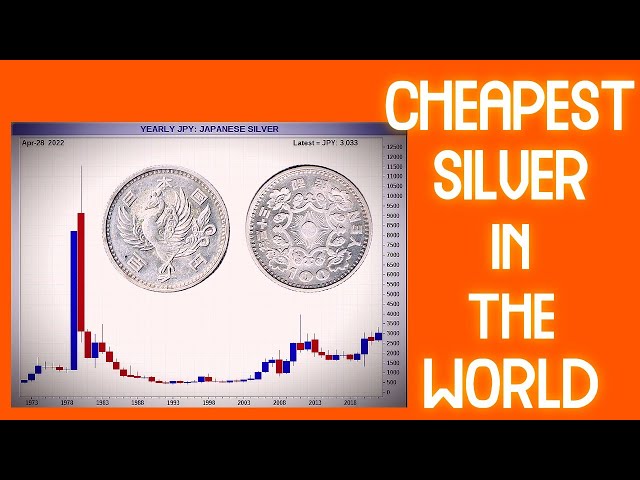 Playing dumb after premeditated policies that injected massive currency creation into the global economy, does not make amends. Billions of people are currently suffering under high price inflationary outcomes and actions.

Following the preplanned and coordinated policies of major central banks 'Going Direct' in September 2019, the United States led the world in fiat M2 currency supply expansion on a percentage basis.

We are now suffering inflation rates likely in the mid-teens in real terms. Levels of price escalations not since the last time free-market gold forces pushed official US gold bullion reserve values higher than the then fiat monetary base outstanding in early 1980.

This week, Germany reported a producer price increase spike that, on a price chart, looks like something their Weimar forefathers constantly warned against reliving.

Good Morning from #Germany where inflation pressure increases. PPI jumped by 30.9% in March YoY, the highest increase ever since the start of the statistic in 1949 b/c price increases following the Ukraine war now taking full effect. Energy prices as a whole were up 83.8% YoY. pic.twitter.com/Yulic9SuFs

The fiat Euro continues to lose value versus other major fiat currencies and gold. Threatening to again reach parity with the fiat Federal Reserve, this has not happened in nearly two decades for the European Union.

The fiat euro's recent weakness is evident on a gold price chart, as it threatens to make a break for 2000 euro per ounce price levels, likely not long from now.

Weakness in the fiat Japanese yen made devaluation headlines this week.

For yrs too ahead of time, Kyle Bass bet against #Yen & HK dollar peg... now fiat FX devaluation in the east is rising

In this week’s video update, you can see how badly the yen has been performing relative to the fiat Russian ruble, not merely since the Russia Ukraine invasion rebound, but also after the central Bank of Japan took part in Sep 2019 Going Direct policy, which by massive currency creation, aimed at forcing a secular inflationary regime to take hold globally.

The gold price in fiat Japanese yen terms continues to break record price high levels seemingly week after week. And as the foregone years of the yen carry trade come undone to further devaluation ahead.

Silver bulls should study this over 50 years yen-silver price chart, knowing that silver bullion in fiat Japanese yen terms still has to nearly fourfold (4X) to reach its old 1980 price high. Hard to find any price chart that illustrates just how cheap silver bullion remains historically than this one right there, also tweet embedded above.

Silver and gold sold off and remained under pressure in this week's trading in fiat US dollar terms.

The silver price today looks to be closing just under $23 oz for the week, while the gold price today will likely finish under $1900 oz.

The gold-silver ratio has broken out to the upside closing the week at 83; the next resistance level is around 85 parts silver to gold.

Much of the latest weakness of fiat US dollar-denominated precious metals spot prices have been scapegoated on recent fiat Fed note strength, enjoying its best month of gains versus other devaluing fiat currency competitors like the aforementioned fiat euro and fiat Japanese yen, for instance.

Physical gold demand in the first quarter of 2022 surged, often driven by a combination of European War worries and escalating price inflation globally.

This week's most important data point for me in gold was the massive amount of newly refined gold bullion bars in the USA in March 2022.

Over 80 metric tonnes of gold bullion bars were imported to the USA in March 2022 fresh from Switzerland (home of 65 to 70% of the world's gold bar refining output). That is the most significant amount since the pandemic-driven gold bullion bar shortage arbitrage peaks during the spring of 2020.

If you recall, that gold bar shortage situation forced the COMEX to invent a new 400 oz 4GC gold contract so they could, on paper, begin double-counting commingled 400 oz gold bars mostly in London, giving off the impression that the gold bullion that fractionally underlies the COMEX futures market is more significant than it is.

If I can figure this out,
team Russia China damn well did pic.twitter.com/1xMAiRqqyP

Since its invention and as it stands today, no one has been trading the COMEX 400 oz 4GC contract. Its creation was likely instead done to dupe market lookers and buy time, as with a glance, one might think all is well in the physical gold bar supply and price discovery market.

We had to import over 80 new tons of gold bullion bars last month into the USA. This is recent anecdotal evidence backing my long-running assertion.

Even billionaire investors on Twitter are now remarking how silly the daily spot price situation has become in the gold market, especially during the COMEX gold futures market trading hours.

This chart shows how gold has traded in COMEX gold futures since its beginning in 1975 with the blue line, starting at $184 oz in 1975. COMEX gold futures have traded to a paltry $259 oz over 46 years, while the global gold spot price has gone up tenfold (+10X) over the same more than four and a half decades.

Eastern countries like China and Russia are fully aware of western gold price suppression schemes and have used them against us thus far this century.

While the Russian Federation makes economic giants like Germany bend to its will in helping to support the fiat rubles' relative purchasing power by demanding payment for gas in rubles.

There continue to be rumors that Russia is planning a more formal long-term tie of the ruble to gold and other commodity values.

He explained that the project involves the provision of the Russian currency with both gold and a range of goods representing a currency value. As a result, the ruble exchange rate would correspond to its real purchasing power parity.

To ensure the sovereignty of any national financial system, it is necessary that its means of payment have intrinsic value and price stability and are not tied to the dollar, Patrushev also said.

The head of the Russian central bank denied this is in the works, but denying any massive plan like that is to be expected.

After all, all central bankers are paid to lie and play dumb. Russia is no different in that regard.

That is all for this week's update.

I made this TOP 10 product playlist early 2019
knowing these days were coming,
for new potential bullion buyer knowledge

We hope you take advantage of spot price weakness by soon adding to your prudent bullion positions.