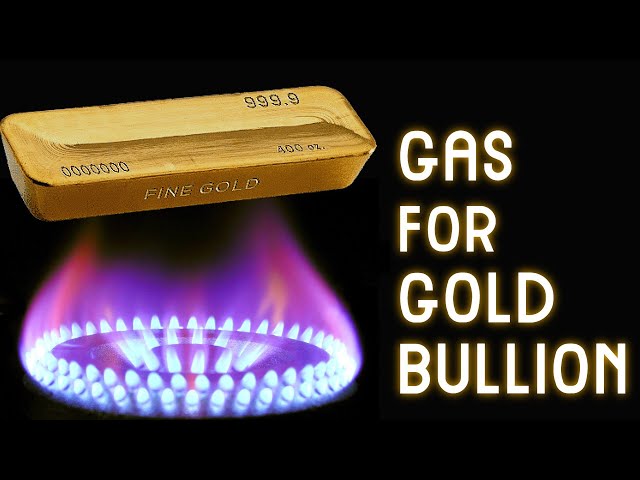 This week, Russia again made financial news headlines as President Putin declared that European and NATO allied nations will effectively now have to pay in fiat Russian rubles for Russian gas.

Economic powerhouse nations like Germany imported half of their natural gas supply from Russia in 2020.

A day following that declaration, the Russian head of the State Duma Energy Committee, Pavel Zavalny, stated publicly, “We provide real resources, but we can’t use fees for them. As soon as the euro and the dollar ceased to be means of payment, they lost interest for us. The rate is calculated in hard currency (gold) or in a currency convenient for us.”

He stated, “They won’t pay for gas; this gas simply won’t be available.”

So for ‘unfriendly countries’ trying to buy gas from Russia, the choice of payment is now gold and or Russian rubles.

Naive politicians in the west, including many here in the USA, are supposedly trying to sanction Russian gold reserves from being used in international payments.

Russia’s over 70 million ounces of official gold bullion reserves reside within its respective borders, not held in risk-laden vaults of New York or London.

By now, over 3 million Ukrainian refugees have poured out and mostly into other European Union nations. Migration on a record-setting size and scale throughout this full fiat currency era.

While visiting Europe this week, US President Biden admitted that food shortages are coming to the world.

Only days prior, while speaking to the Business Roundtable, US President Biden acknowledged the 4th Turning and a massive secular change afoot in the global economy.

What he likely means by the ‘New World Order’ likely involves an increased sphere of multipolar influence powers not unipolar US dominant as it has been since World War 2.

Speaking about the current gold and silver markets yesterday with Dale Pinkert on the TradeGateHub channel, 45-year financial market veteran Victor Sperandeo reiterates how many of us see current silver and gold valuations versus all other financial asset classes.

He said #Silver too with #Gold
are the most undervalued assets Dale????

Looking at capital inflows into significant gold ETFs over the past month, unsecured underperforming large funds like GLD and IAU have seen large pickups in western investor inflows.

Just over 13 billion in fiat US dollar equivalent inflows into western gold funds have occurred over the last month.

We have yet to see similar large inflows into the sizeable western silver ETF side of the equation.

In terms of the global physical gold market, supposed gold ETF bullion holdings are only about 1.75% of all known mined gold, allegedly held in these often headline-producing gold ETFs.

The world's vast majority of physical gold is a store of value, between private gold investor bar and coin savings, high-grade jewelry stashes in nations like China and India, and with government central bank monetary gold piles increasing.

While in February 2022, last month, Ireland added over 1.2 metric tons of gold to its increasing official gold reserve pile the previous month.

This week, the team at InGoldWeTrust updated some long-term gold and silver-related charts, and we’ll quickly run through nine of them here for a historical perspective of where we currently find ourselves.

Our record debt and unsaved for promise piles combine for over $100 trillion owed in the coming decades. The typical way out of this kind of mess is massive currency debasement. That is what we are likely facing now and moving ahead.

Apparently, not merely hardcore bullion stackers are buying, but new average investors are also stacking—ones who inherently know that bullion is a buy at present.

Further along in that interview, embedded above, Tyler speaks to the latest silver planchet shortage at the US Mint, which has offset the overall diminishment of silver bullion product supplies from sovereign silver bullion coins, rounds, and bars. Dealers typically defend their dwindling silver bullion supplies by increasing product premiums.

At the moment, it's becoming difficult to find small retail 1 oz and 10 oz fine silver bullion products priced below $30 oz.

Today, we got evidence that silver bullion demand in Europe is also booming of late. This image taken just outside of the Austrian Mint showing lines forming for bullion buyers is becoming a regular occurrence.

Then again, what we are seeing today is nothing compared to the rush of demand spikes likely to come when fiat currency stores of value get called into critical questioning by the larger mass of investors.

Getting prudent bullion positions ahead of a future rush into precious metals will be vital in preserving wealth and purchasing power long term.

As always to you all out there, take great care of yourselves and those you love.