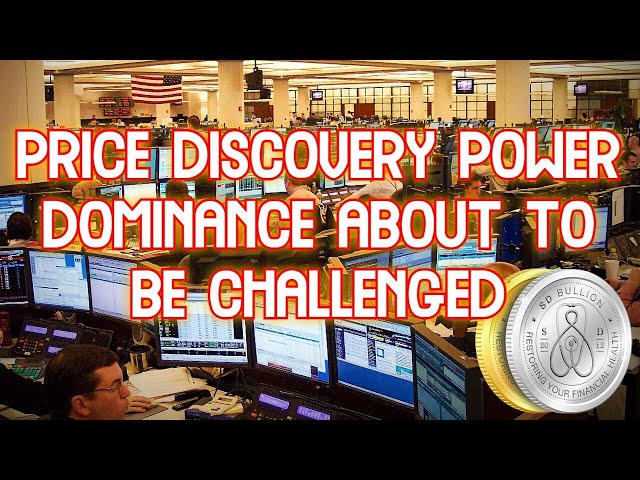 The MWS would have Eurasian Economic Union partner nations such as Russia, Belarus, Armenia, Kazakhstan, and Kyrgyzstan. It aims to add major gold and physical precious metals trading nations like India, China, Peru, Venezuela, and other countries in both South America and Africa where precious metals are mined.

Russia and its partners account for about 57% of new physical gold supplies for the world each year. With the inclusion of Venezuela and Peru, the stake would increase to 62%.

With a new eastern driven price discovery exchange, Russia believes it can break up the ‘monopoly’ of the LBMA which alongside the CME Group's COMEX NYMEX futures market remain some of the world’s most influential gold, silver, platinum, and palladium price discovery influencing markets.

So here we have the majority precious metals producing nations of the world possibly setting up their own price discovery cartel to take on the long standing LBMA. Of course we'll keep an eye on developments to come.

In answering the CNBC host’s stupefying question of who could be manipulating world crude oil markets, one might look to the most powerful crude oil price discovery futures market called the NYMEX run by the CME Group in the United States. Where for nearly ten years running it has been an open secret that foreign government central banks enjoy high volume trading discounts in various commodity price discovery derivative driven markets.

Look for larger arbitrages and wider price divergences for key commodities to come as the east looks to regain further price discovery power in precious metals and other key commodity markets such as crude oil.

The gold spot price is likely to close under $1750 oz, while the silver spot price may end the week below the psychologically important $19 oz bid.

The gold silver ratio has moved up slightly this week reaching 92.

The reddit WallStreetSilver crowd continues to cheer the steady outflow of registered deliverable COMEX silver 1,000 oz bullion bars from combined COMEX warehouses in the US and London.

We witnessed an over -5% outflow in the amount of registered silver ounces supposedly backstopping the COMEX silver futures market fractional reserve system.

Now with just over +52 million ounces of alleged silver, a level not seen so low since late February 2018. The let up in western silver investment demand or eastern world silver bullion bar demand is not likely to let up at these relatively low silver spot prices currently.

We received word this week, that for the month of July 2022 alone, India imported over 1,700 metric tonnes of silver. Nearly 55 million ounces in a month of time for that nation alone.

Indian silver market commentators this week stated, "gold prices have gone so high, people have diverted to silver, because of their budget."

"The new generation don't want to buy such costly gold and block their capital," and thus are choosing silver increasingly over gold leading to record sized silver import figures recently coming out of India last month.

As always to you out there. Take great care of yourselves and those you love.