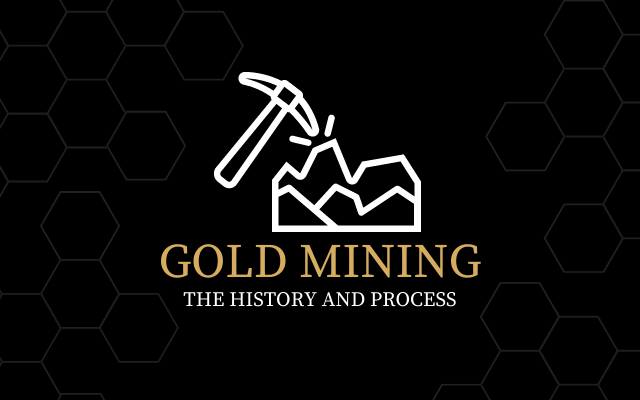 How Is Gold Mined?

Gold mining is an intricate process that dates back thousands of years. When humans began to first mine gold, the exact date was unknown, but the oldest golden artifact was found in a 7000-year-old burial site named Varna Necropolis in Bulgaria.

Many historians believe that one of the earliest gold discoveries happened in ancient Mesopotamia around 2600 BC, where some of the first gold jewelry was made. A lot of this precious metal was also used in the construction of Tutankhamun’s tomb, the iconic Egyptian pharaoh.

Ancient Greece is full of historical gold mines as well, including the famous tourist site of The Mines of Agios Sostis, on the island of Sifnos. The whole area used to be covered with gold, silver, copper, and lead and was a key piece in Greek economic growth. Underground mining and gold production began in the Early Bronze Age, around 2500 BC. Although pretty much empty nowadays, after over four millennia of on and off mining, tourists can still admire the mines and their historic importance to the development of Greek society. 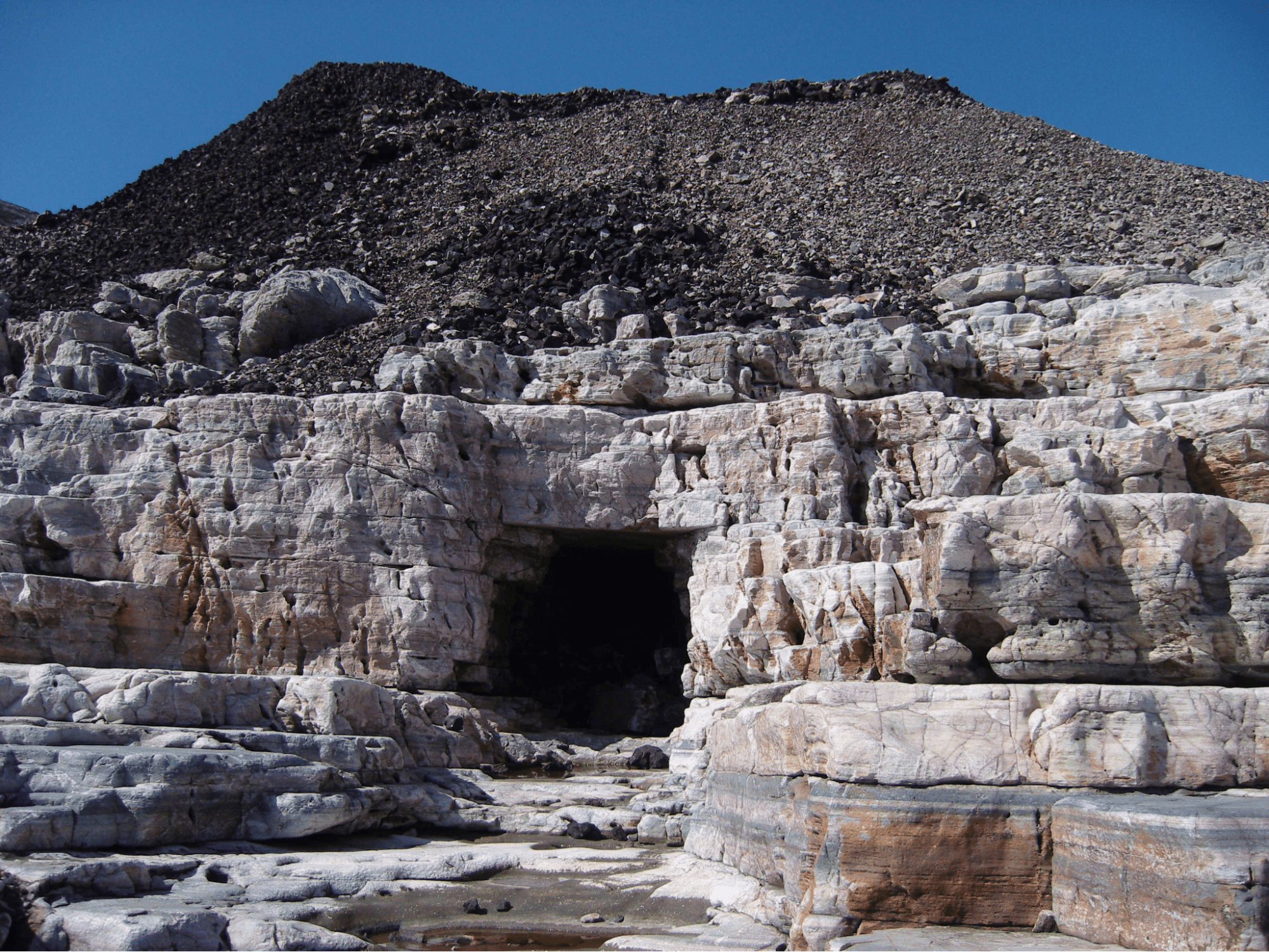 Mine entrance in Agios Sostis, island of Sifnos, Greece. Source

The first gold coins were minted in the Lydian Empire circa 700 B.C. At the time, gold mines were already common in the Mediterranean and the Middle East regions. That was the base for the first international currency and the beginning of gold’s long-lasting association with money.

Countries that invested time and resources to innovate and invent their own mining technique definitely came out ahead in development throughout the years. One of the most notable examples being the Roman Empire. They were able to expand on the mining technique used by the Greeks and went on to become one of the most dominant and successful civilizations in the history of mankind. Romans specialized in stream-based gold mining constructions, such as water wheels, sluices, and hydraulic mining.

Different techniques were developed over the years as technology evolved and the increasing gold demand drove a lot of effort and resources into the matter. Nowadays there are two main methods of how gold is mined: placer mining and hard rock mining.

But what is gold mining?

Gold mining is the process of extracting the precious metal gold from natural resources (also known as gold reserve) and separating it from other materials. The whole process, however, is more complicated than it sounds.

Mining involves prospecting for gold ores bodies and analyzing the possible profits from a mine opening in that area. Then, once the mine is set up, comes the extraction process by the use of a mining technique. Operations in the mine involve a series of work safety measures and regulations to decrease environmental impacts. Once all the desired material is extracted, the gold mining company must proceed with the reclamation of the land. In other words, the process of restoring the land to a natural state.

Nowadays, it will take from 10 to 20 years for a gold mining company to be able to produce a doré bar which will eventually be used in the production of .999 fine gold bullion.

Placer deposits are accumulations of valuable minerals, such as gold, diamond, and tin on stream beds of streams, rivers, and even the beach. Placer mining is the extraction of gold from those stream bed placer deposits. It can be done through the use of four different techniques:

Gold panning is a technique that uses a shallow pan. Placer deposits are added into the pan and manually shaken underwater. Because gold is much denser than rock, it will quickly separate from sand and gravel and settle at the bottom of the pan. 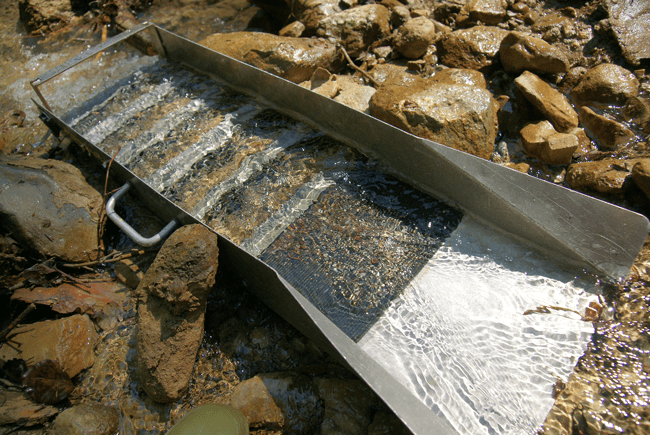 Sluicing is a technique that uses sluice boxes, which are, essentially, a type of tray that is placed at the bottom of a stream. The water and gravel go in on one side of the tray and the denser materials get trapped on riffles attached to it, while the water current flows above, similarly to a filtering system. 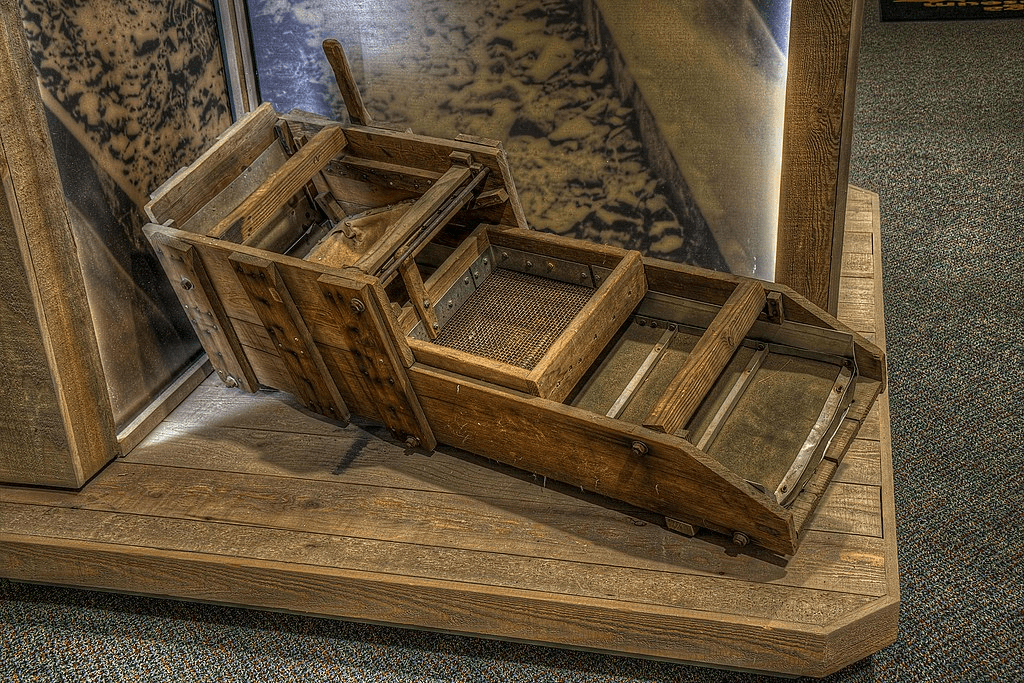 A rocker box is similar to a sluice box. It contains riffles in the inside bottom of the box where gold gets settled, while water exits on the top.

Mainly done by small-scale miners. It uses a machine that floats on the water. It contains a suction pump (or suction dredge) that is placed at the bottom of the stream bed. Water and placer deposits get sucked in, but the denser materials, such as gravel and minerals (including gold) get trapped on a sluice box, while the water is expelled on the other side of the machine.

Dredging permits are usually necessary before a company is allowed to dredge a terrain.

Check out the following video to understand more about this process:

This is the process of extracting gold (and other minerals, for that matter) formed on rocks, rather than on loose sediments at the bottom of stream beds. This is the type of mining responsible for most gold in the world.

Hard rock mining can happen through surface mining or underground mining as extraction involves the removal of gold ore from the ground. The most common hard rock mining nowadays is surface mining. It consists, basically, of digging for gold ores. It has a lower cost compared to underground mining. Explosive charges break up the gangue (worthless minerals) from the gold ores. The valuable minerals are separated from the waste rock. They get crushed into smaller pieces to facilitate transport to the mill.

Surface mining can happen on an open pit or through strip mining. The open-pit technique is preferred on a surface that is usually not suitable for tunnelings, such as sand, cinder, and gravel. 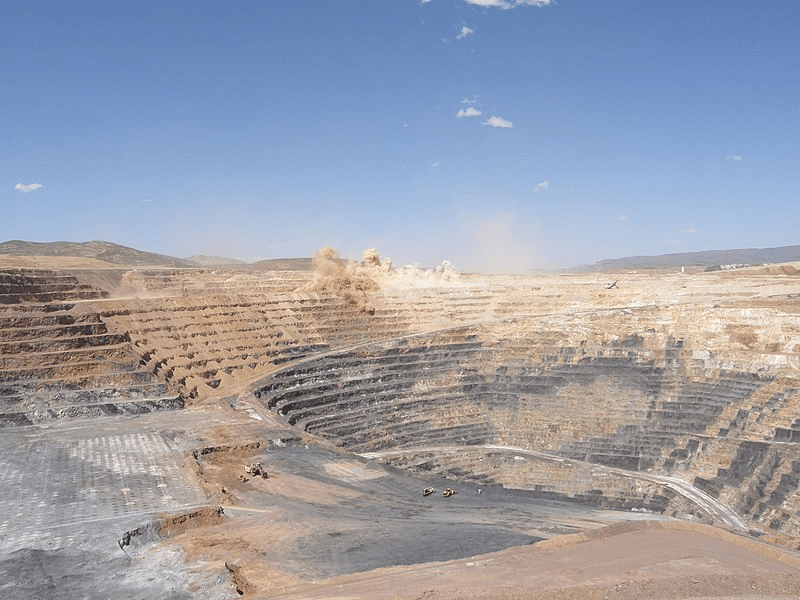 In contrast, underground mines involve the digging of vertical shafts and horizontal tunnels. It requires more specialized workers and heavy machinery, so it is usually more expensive than surface mining. 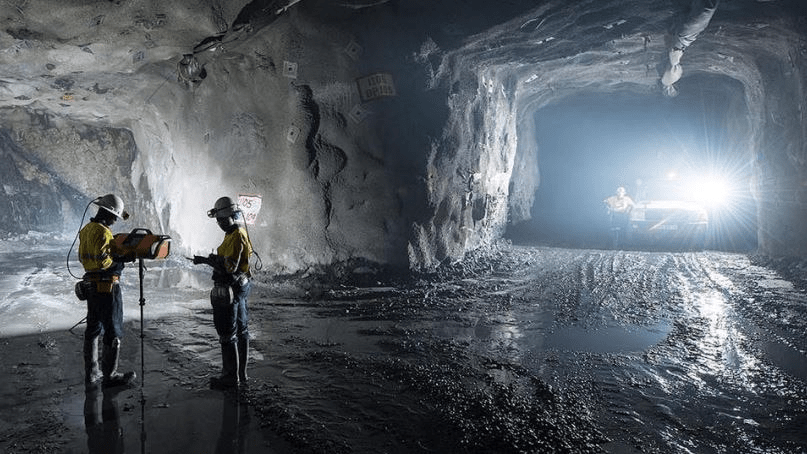 A lot of gold is also mined around the world as a by-product in mining operations for other minerals, such as copper or even sand and gravel. One of the largest producing gold mines in the world, the Grasberg Mine in Indonesia, is actually a copper mine.

Top gold producers in the world

According to a recent report from Forbes, global mine production has decreased for the second year in a row in 2020, amassing a total of 3,478.1 tons total. Here is a list of the countries that are the largest pure gold producers in the world today:

In summation, gold mining can be a costly operation. Gold is one of the rarest elements on the crust of the Earth. Fortunately, if you are considering making an investment in physical gold, SD Bullion has you covered. We offer a range of gold coins and gold bars from the world-leading mints and refineries. Make sure to check our inventory and contact our customer support in case you have any questions.