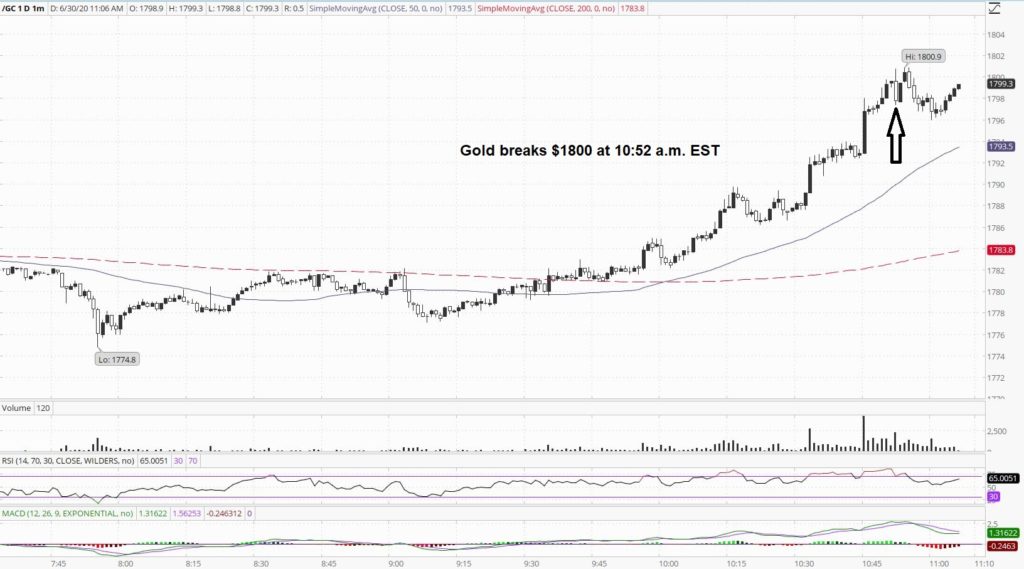 On the charting platform I use, the yellow metal punched through at 10:52 a.m. EST.

Zooming-out, we can see just how important the $1800 price level really is:

Indeed, $1800 acted as major resistance coming off of the 2011 run, and it is safe to say that the psychologically important level is the last major resistance for gold on its way to new, all-time record highs, much in the same way that $1350 had been acting as major resisance over the last few years.

What gold bugs are looking for now is for gold to hold above the $1800 level, meaning that this isn't a false break-out. Nonetheless, one thing is certain: Excitement is coming back into the gold market now that gold is just a stone's throw away from $1900 and beyond!

Interestingly, check out what happens when we adjust for inflation using the Bureau of Labor Statistics CPI Inflation Calculator:

What caused gold to break-out to multi-year highs yesterday?

I think it comes down to the fundamentals coming back into the market in multiple ways.

First, I've noticed a nice balance between the bulls and the bears in the short-term. That is to say, many people had been looking at the technicals and argued that we've been overdue for a significant pullback, while others have seen an imminent break-out on the chart, and while that might sound paradoxical as far as how two people can look at the same gold chart with one interpreting it bullish and one interpreting it bearish, to me, this type of balance is healthy, meaning the technicals were not heavily slanted or skewed to either the bearish or the bullish side.

In other words, fundamentally speaking, the good balance between the bulls and the bears making their technical cases speaks to a healthy market.

Secondly, fiscal and monetary policies continue to be extra loose.

On the one hand, the Fed is buying up corporate bonds and doing all sorts of things to provide the Fed's interpretation of stability in the financial markets, and on the other hand, the federal government has been floating both helicopter money and infrastructure spending trial balloons.

All of these fiscal and monetary stimuli are highly inflationary, and one of gold's primary roles is in being a hedge against inflation.

Finally, the coronavirus fundamentals are once again causing uncertainty in the market, which has market participants looking for a hedge against uncertainty, which is another one of gold's primary roles. Specifically, some states that had begun to re-open have seen increases in the number of coronavirus cases, and these increases have caused some governors to retard or scale-back the reopening

Furthermore, there are also cross-state fundamental coronavirus issues as well. For example, just yesterday, Governor Cuomo of New York added a new, mandatory 14-day quarantine on people from many states who are traveling to the State of New York: 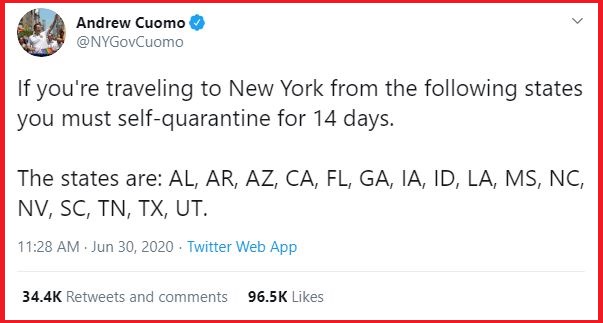 Regardless, we are not out of the woods on the coronavirus just yet.

Which is why gold's daily chart is one of the most beautiful charts around: 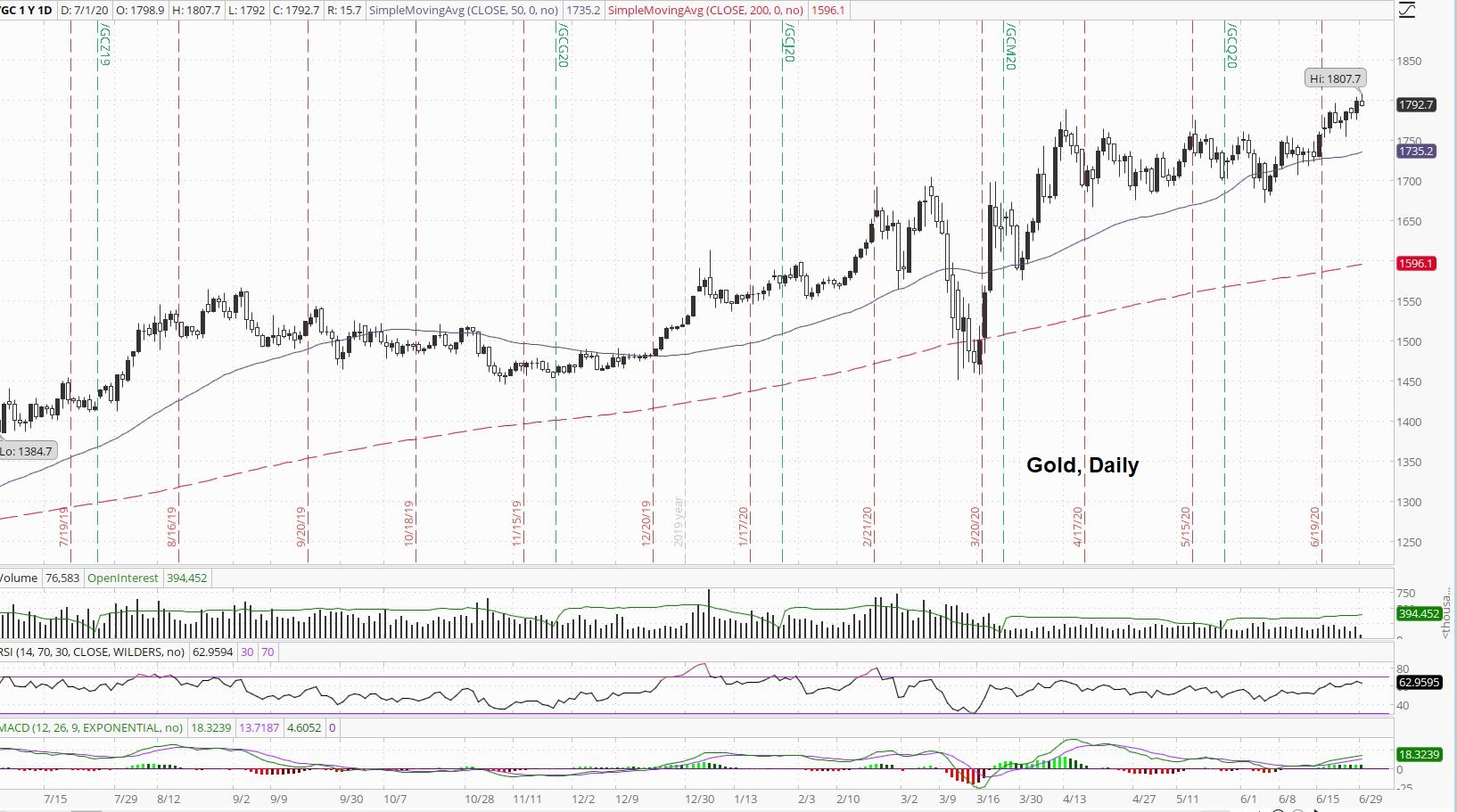 Will we come down to test $1750 or the 50-day moving average before launching, or are we in the process of launching now?

Silver seems to be telling us it is the latter: 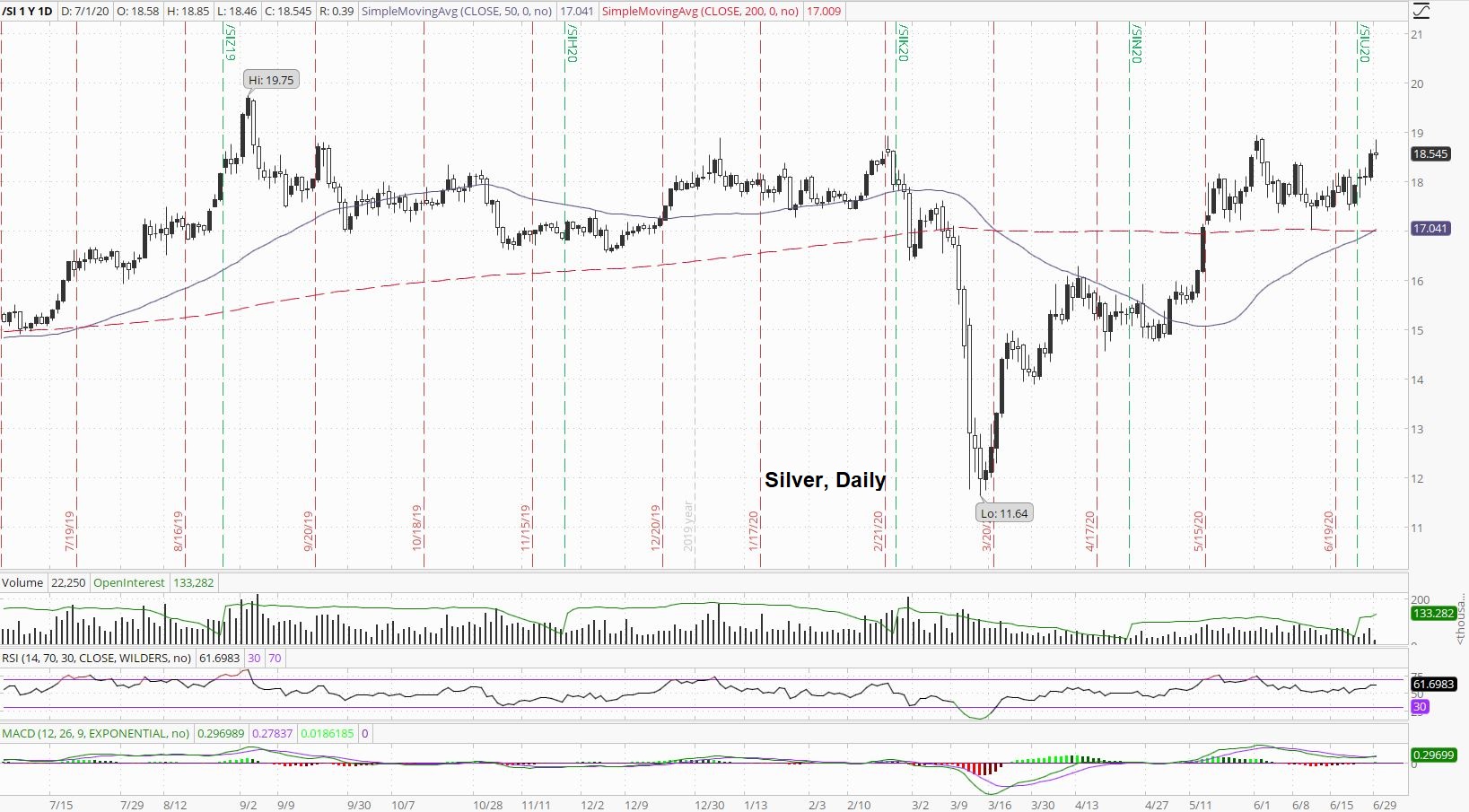 Silver is invalidating the head-n-shoulders chart pattern many analysts were worried about, and we also saw a nice surge in the price of silver along with the price of gold yesterday!

Additionally, check out that golden cross! We won't have to squint to see it by the end of the week!

Which means the gold-to-silver ratio could have begun its move: 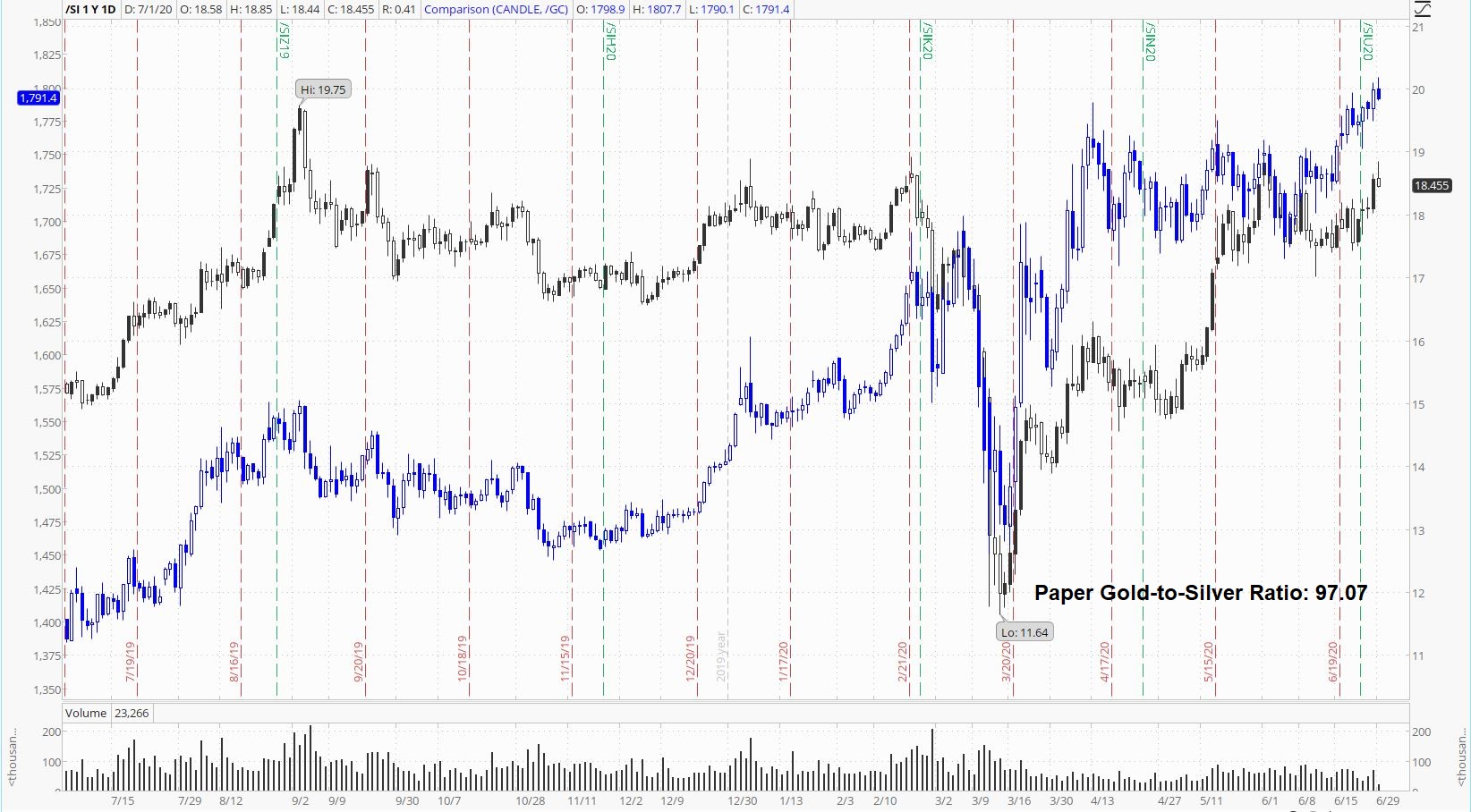 If gold consolidates at $1800, yet silver keeps moving higher, then the gold-to-silver ratio will come down as silver outperforms gold to the upside.

Palladium is not being the beneficiary of the current precious metals excitement: 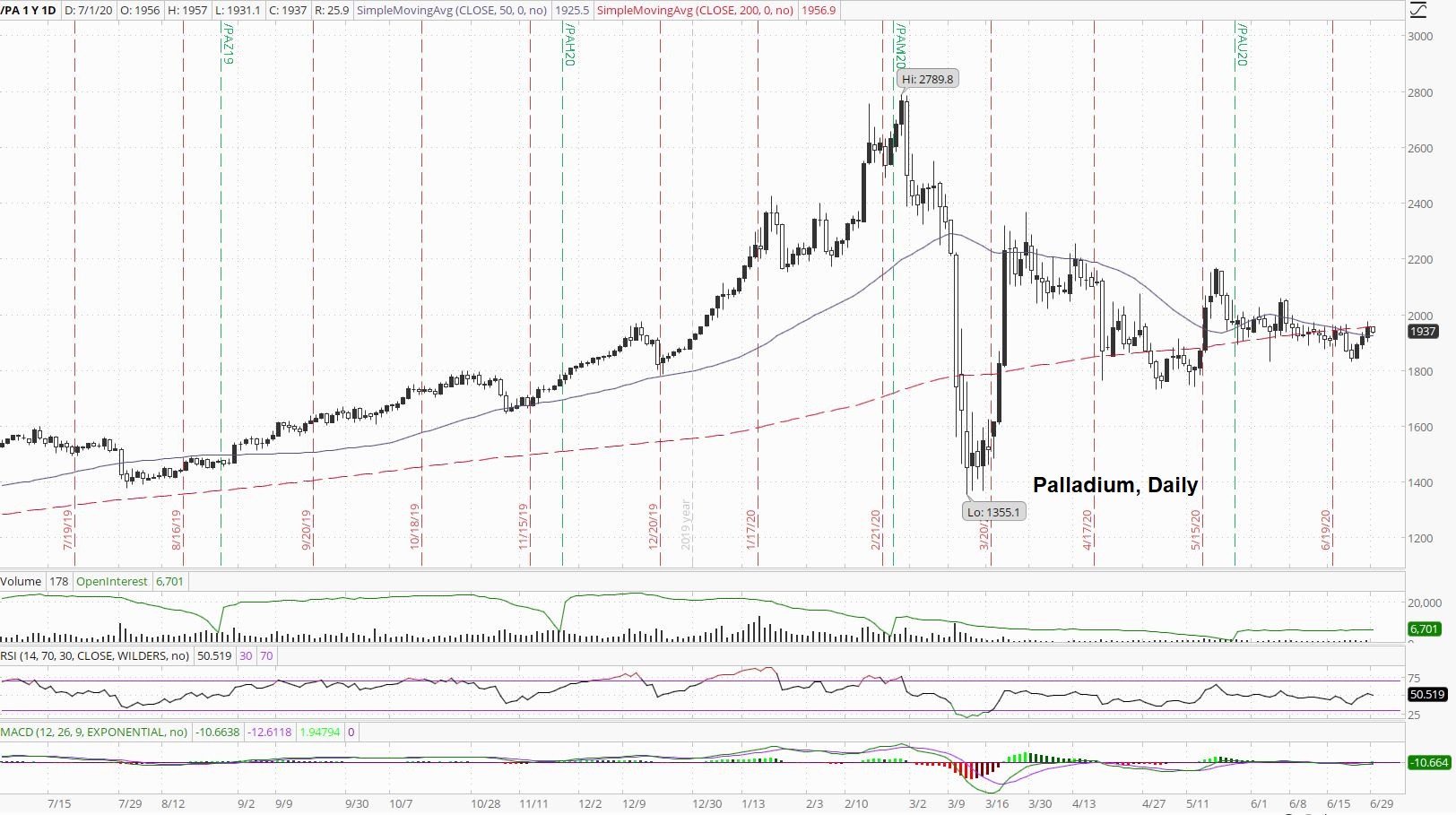 That said, many precious metals bulls found encouragement in palladium over the last few years as gold & silver seemed like they would never get to moving higher again, so taking the back seat for a while is not all that bad. 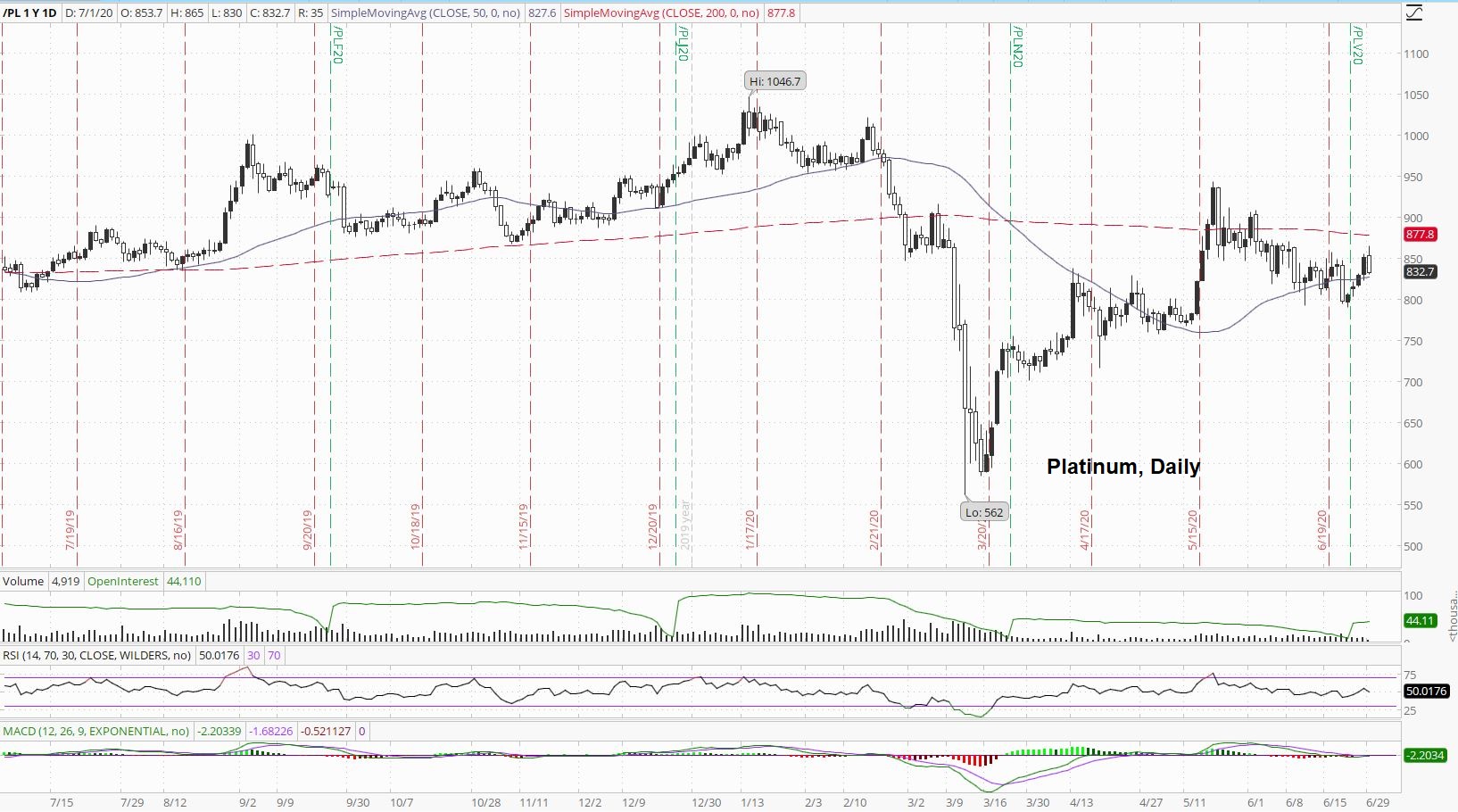 And with gold breaking-out here, platinum continues to look like the nice value investment for the deeper-pocketed investor. 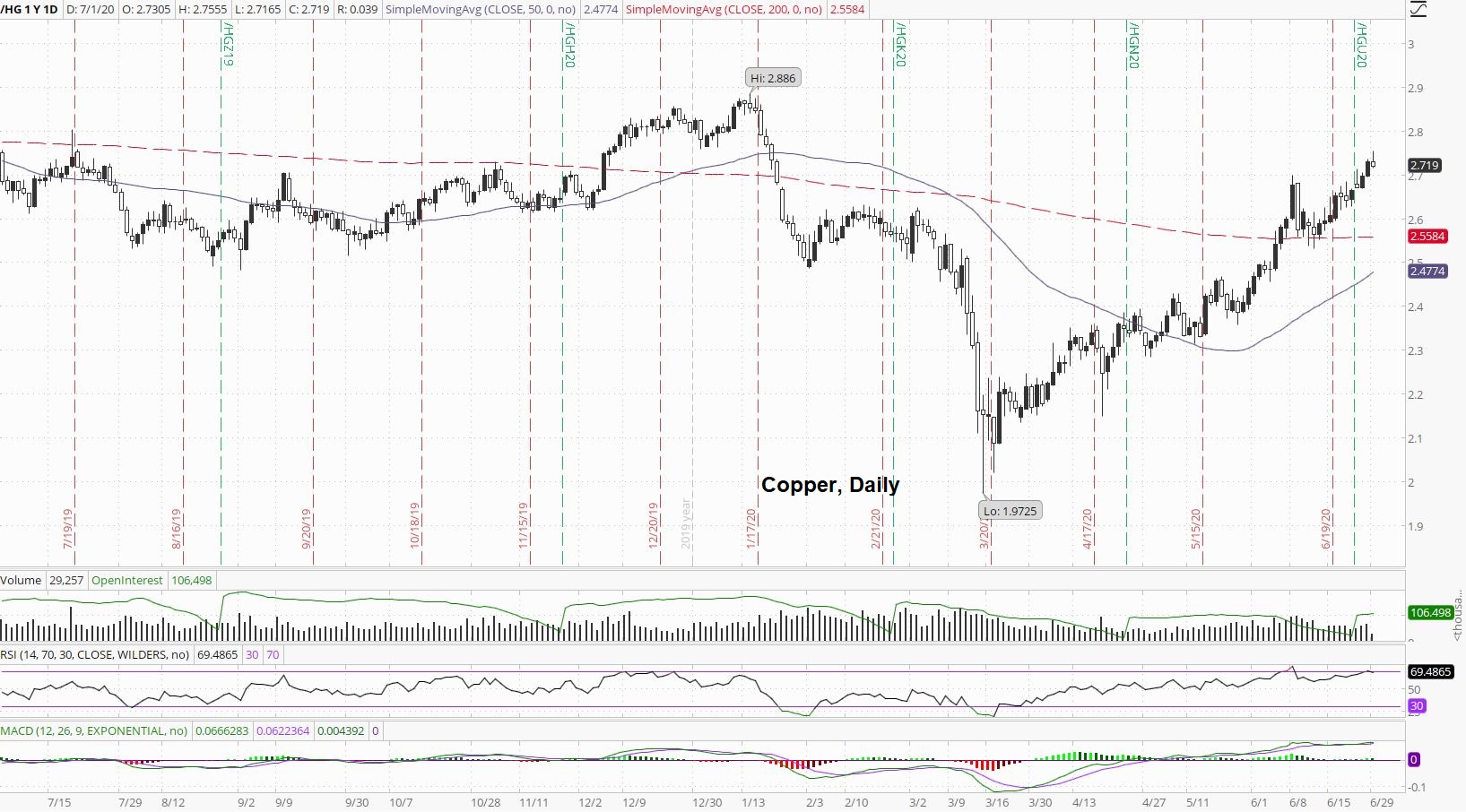 Year-to-date, however, the red metal remains in the red.

Are we seeing a consolidation in preparation for the next move higher, or are we seeing a slow, painful rolling over which could ultimately lead to retesting the lows?

The yield on the 10-Year Note looks like it could be rolling over and ready to test those lows:

After all, until the interest rate suppressed bond market turns into a bond market crisis, the trend continues to be lower for the simple fact of being able to service the fast-increasing debt.

A move lower in yield could be jump-started by a drop in the stock market:

One thing is certain, however: The stock market sure has been full of suspense and intrigue over the last few weeks, with not one but two nail-biters, and yet the stock market's nearly right back to all-time record-highs.

The VIX has faded since spiking above 40 a couple of weeks ago:

Many analysts are watching the VIX with curiosity as a flood of fresh, retail traders have entered the stock market since the late-February, early-March market mayhem.

The US Dollar Index looks like it could be rolling over here: 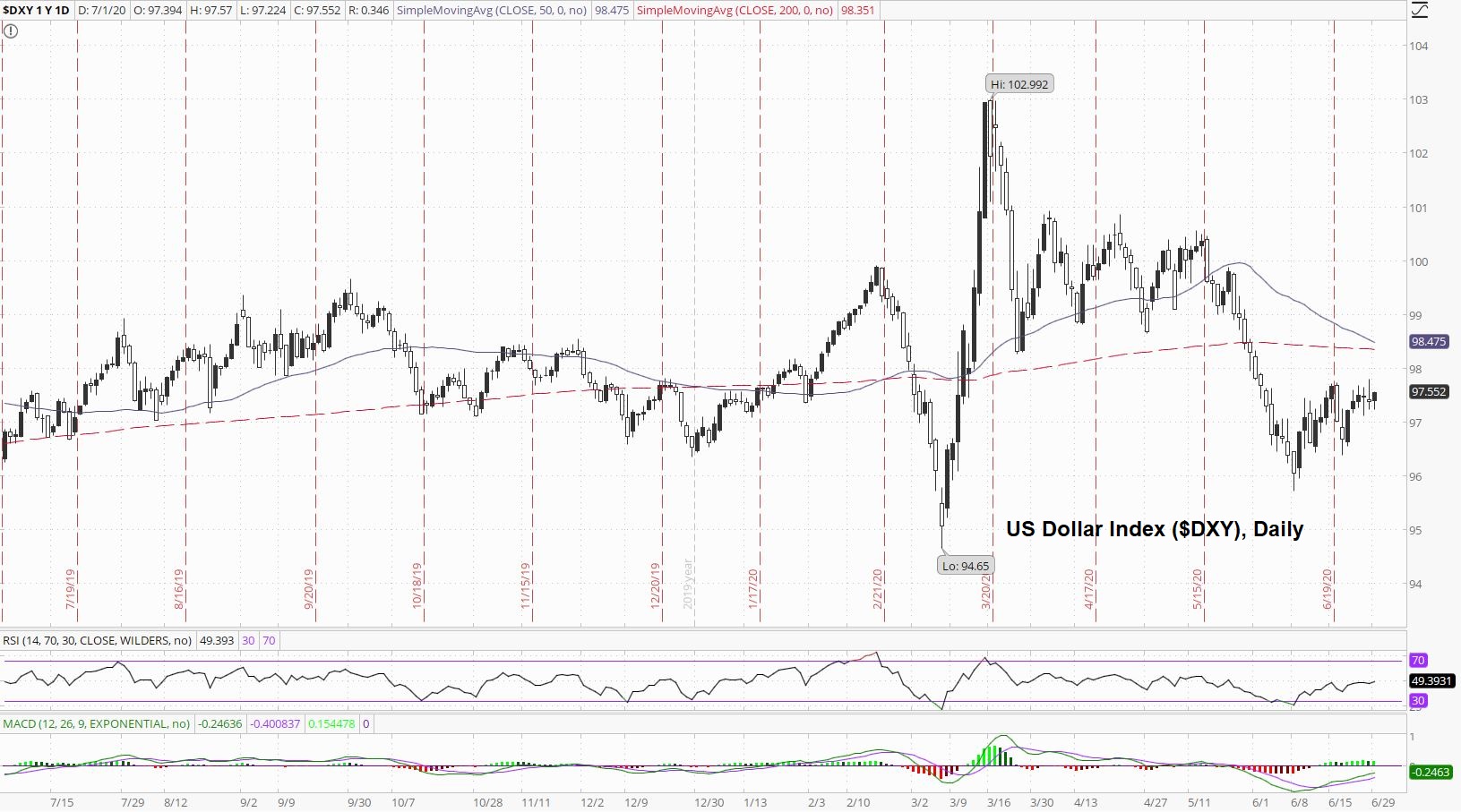 It's just a matter of how fast or how slow any given fiat currency reverts to its intrinsic value.