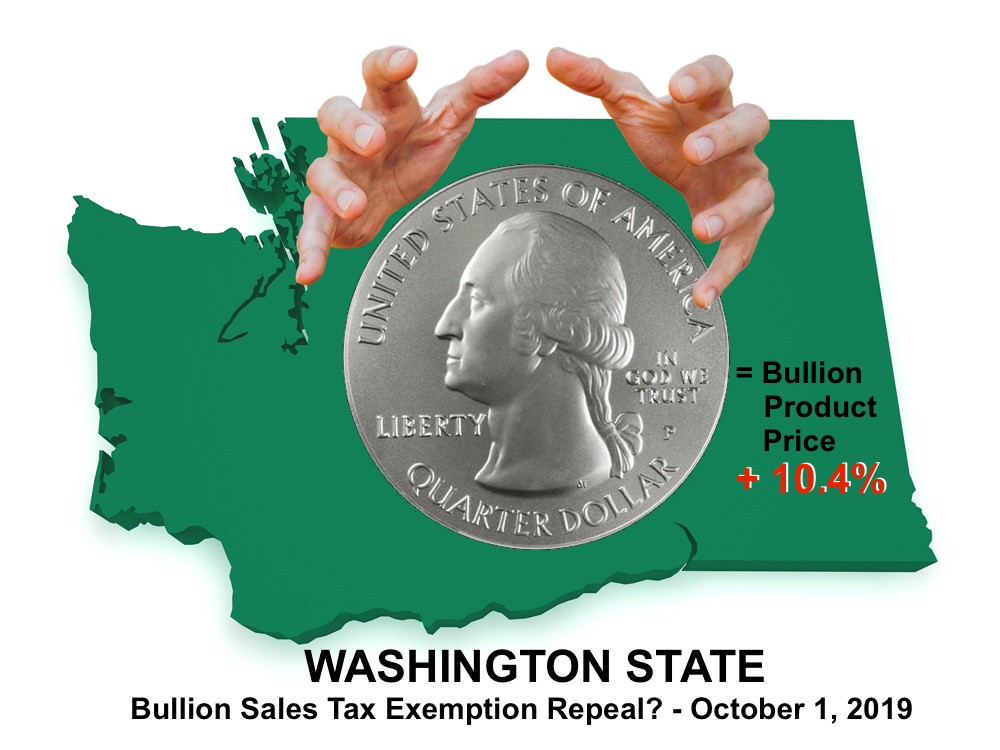 Since the 2008 Financial Crisis, the trends of both average retail investors buying bullion for long term savings as well as many US states dropping bullion sales tax statutes have been growing.

But on the contrary since last summer 2018, when the US Supreme Court handed down their Wayfair ruling green lighting online sales taxes on bullion and taxing virtually any other goods or services which cross state lines (according to one longtime financial law legislator).

A regression of some US states contemplating bullion sales tax revenues to bolster their underfunded coffers will continue to return to some state legislative proceedings as many US states are going broke. When we have another economic recession, it is likely we will see further pressure to find additional revenue streams within US states.

The effort required to educate politicians and lawmakers about bullion is an uphill battle. Watch the following footage and hear some of the comments made to see what we mean.

The state of Washington is contemplating the repeal of a 1985 bullion sales tax exemption which will all but gut the WA bullion industry and reported bullion sales revenues within state lines.

It covers the potential repeal of a current state of Washington bullion sales tax exemption which dates back to the year 1985.

Since the state of Washington prudently decided to drop taxing bullion sales within its jurisdiction now over three decades ago, more than 100 local bullion related businesses have come into fruition within the state.

Washington state Senate Bill 5658, if passed, would go into effect on October 1, 2019, making sales of precious metal bullion products within the state of Washington a taxable event. Taxed by both the current Washington state sales tax rate of an additional 6.5% as well as local municipal or city taxes which can be as high as an additional 3.4%.

For example, if SB 5658 were to pass and repeal the current Washington state bullion sales tax exemption in place. Any bullion sales within the large city of Seattle, Washington would be charged an additional 10.1% state and city tax.

In this hypothetical future Seattle bullion sale, if a Gold Bullion product’s retail price is $1,300 oz USD, then the total price after WA sales and Seattle city tax would be $1,431.30 oz USD.

In other words, common sense says any bullion investors and related Washington state-based bullion businesses will be forced to operate elsewhere in more bullion-friendly bullion sales tax states like Oregon, Idaho, even nearby Vancouver, Canada.

In the clip embedded above, to begin the discussion of SB 5658, Alia Kennedy (Committee Staff) rattles off some general points as to what is under discussion. She mentions that the repeal of long-standing 1985 Washington bullion sales tax exemption would result in $10.4 million USD of additional Washington state sales tax revenues annually. Surprising given her title as “Revenue Counsel” she gives no details as to presumptions made with this estimate.

One might wonder if there has been any study or presumption on how many bullion sales will theretofore occur outside the state of Washington if the 1985 exemption on bullion state sales tax is of course repealed.

The unfunded pension and liabilities outstanding on both a US state and Federal government level are gigantic and mathematically unsustainable in many instances.

The good news for the state of Washington, is that their financial situation is much more sound and solvent than the vast majority of other 49 US states within this national union (e.g. - Illinois, Kentucky, and New Jersey are current US states with fiscal situations most underfunded and likely to eventually renege first on pension promises made).

The bad news for bullion buyers hoping to avoid state sales taxes when buying bullion is that as state politicos get more and more desperate fiscally, there is no telling how many current state bullion sales tax exemptions might get undone in the coming years.

For anyone currently residing in the state of Washington, the following is a list of your current 24 representatives you can politely email with your thoughts on SB 5658.

Perhaps make the subject of your email something hard to ignore like, "OPPOSITION to SB 5658 ????".

Consider the flying USD emoji the bullion businesses which will leave the state and the sales taxes which won't get collected as common sense goes elsewhere to get their physical bullion investments.

Be polite, concise, and respectful with your points for why you as a WA state constituent oppose this repeal to the currently standing 1985 bullion sales tax exemption.

Their office phone numbers are not hard to find as well if you feel called to do follow up via phone calls. 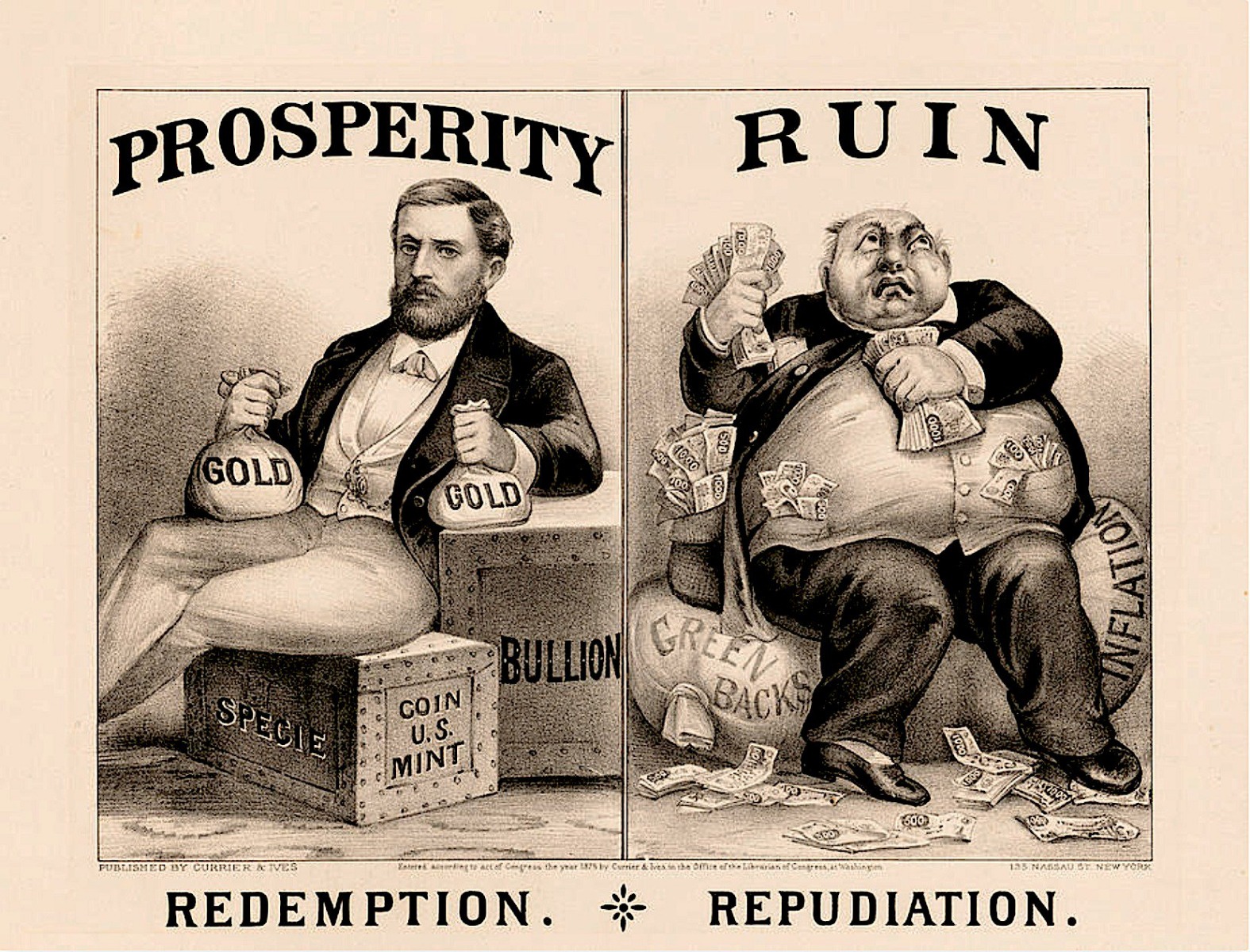 Perhaps some state legislatures might want to brush up on their US history.

Especially that which made the western US resilient throughout the post Civil War Greenback Era (i.e. see California's policy back then).

Bullion products should never have imposed fiat currency sales taxes. Even the Washington state's namesake and our nation's founding fathers would likely agree.

Many risked their lives to ensure that their late 1792 Coinage Act setting lawful gold and silver monetary standards would set this republic up for the success we seemingly seem hell-bent on squandering further.

Has anyone bothered to define what a Federal Reserve note is going to be worth by the end of next decade? How about the one after that? How about for our grandchildren?

Most people buy bullion in prudent allocations so they can ensure a portion of their wealth is close by and always valuable. It has been this way for common and elite savers since ancient times.

To learn more about the majority of US states who currently do not apply any state sales taxes on bullion sales click here. 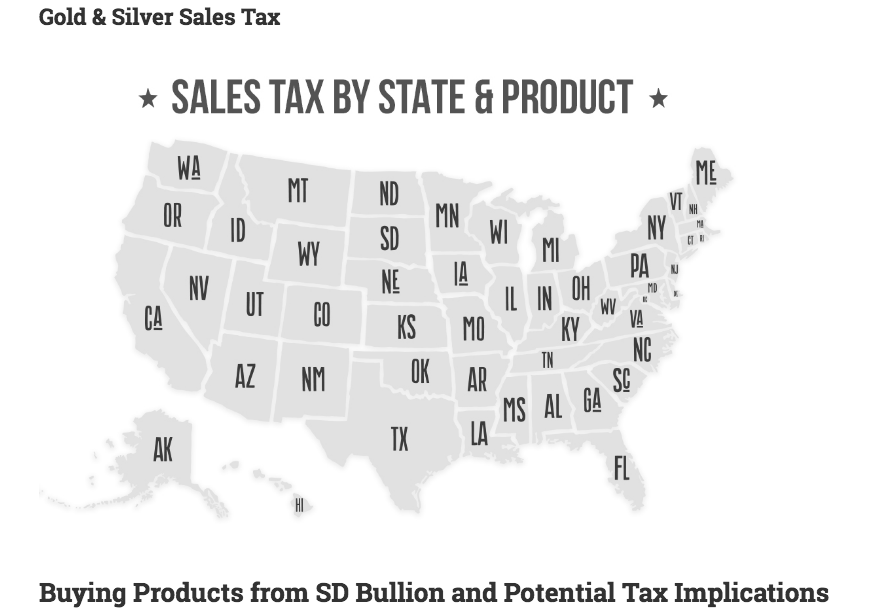 There too you can also find a minority list of US states who do still sales tax bullion as unconstitutional as it all seems.

Most bullion taxing states are not coincidentally, often part of the most bankrupt states in terms of unfunded promises they likely will debase upon in time.

We remain surrounded by many past and present lawmakers who both consistently fail to plan prudently nor save responsibly.

We hope lawmakers representing the citizens of Washington state understand the ineptitude of this potential 1985 bullion tax exemption law repeal.

Regardless of their choice, it remains common sense to buy bullion (in tax-exempt states) for long term wealth assurance.