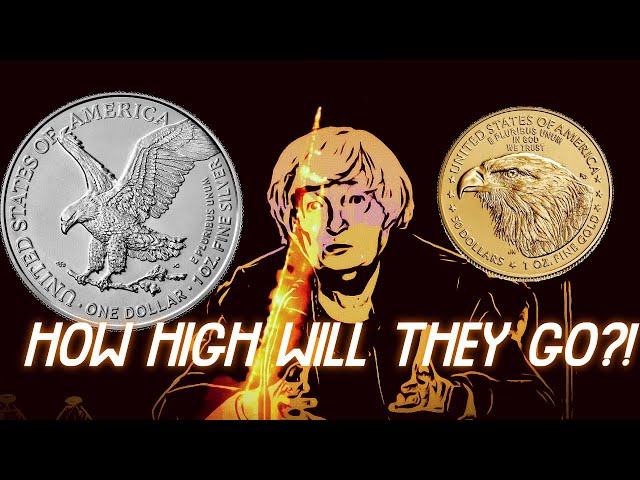 "America Would Default for the First Time in History"

In this week’s market update, James Anderson, reporting for SD Bullion, addresses Treasury Secretary Janet Yellen’s speech to lawmakers last week. According to the Secretary, if Congress fails to raise the Federal debt ceiling by October 18th, the country is likely to fail to fulfill its financial obligations and the country would fall into an economic recession. As we see Mrs. Yellen calls for a bipartisan agreement, James has some spot-on follow-up questions.

As James analyzes the historical and current economic scenario of US dollar monetary base totals or fiat M0123 aggregate piles, he aims at targeting a conservative long-term forecast for gold and silver bullion in these coming years and decades unfolding.

He starts by pointing out the Executive Fiat Decree 6102, the one that ordered the confiscation of gold from 1933 to 1934 and basically resulted in the country defaulting on its own citizenry. Americans would only be able to legally own more than three troy ounces of gold privately over forty years later, in 1975. By then, the fiat denominated price of gold had more than five-folded. A luxury the U.S. citizens were not allowed to take part in.

During her public speech, Mrs. Yellen also claims this could be the first time ever the role and safety of the U.S. Dollar, the fiat Federal reserve note, is called into question. Well, that might not really be true. James recalls how in 1988, as gold prices escalated, the country could have gone back to the gold standard. Decades later, all-time record debt levels continue to be an issue.

Mrs. Yellen goes on to state that the U.S. Dollar is the safe haven asset during economic downturns. At this point, James calls on the Financial Crisis Protection Pyramid by former Federal Reserve Governor John Exter which clearly defines gold bullion as the safest asset. That is precisely why central banks in China, Russia and the E.U. own huge amounts of gold bullion.