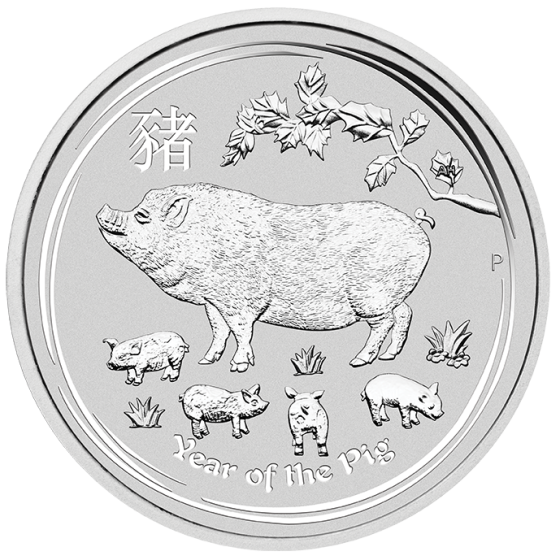 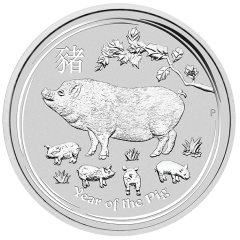 Featuring an annually changing design, the silver coins released in this program are extremely popular. This popularity stems from the brilliant designs in each year’s release and the backing of the Australian government, in addition to Perth Mint’s reputation as a top-notch minting facility.

Each of these coins contains 2 troy ounces of 0.9999 pure silver. Moreover, the Australian Government backs these coins and recognizes them as legal tender with face values of $2 (AUD).

An adorable portrayal of a Pig on the coins' reverses ushers in a brand-new year, 2019 -- the Chinese Year of the Pig. On the other hand, the obverses display the familiar rendition of Queen Elizabeth II's portrait that was designed by Ian Rank-Broadley. This image is a common feature on all Australian legal tender coinage.