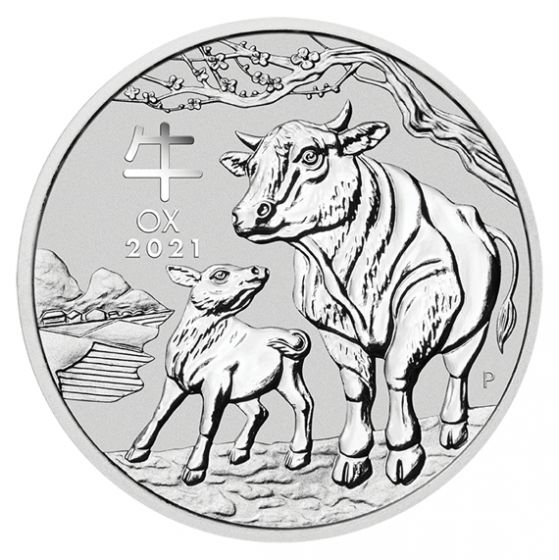 The Perth Mint has put a limit on the 1 oz coins and will only produce up to 300,000 one oz coins. The output will stop until the mintage is entirely sold or at the conclusion of the series, whichever comes first. Because of the 1 oz size's limited mintage, it is extremely sought-after and is likely to sell out easily. The coins are strictly struck from 99.99 percent pure silver and are issued under the Australian Currency Act 1965 as legal tender.

The new reverse of the coin features a stylized depiction of an ox with its calf. A village between mountains is portrayed in the background. Also used in the logo is a cherry blossom tree, the Chinese character for ‘ox’, the inscription ‘OX 2021’, and The Perth Mint’s ‘P’ mintmark.

The obverse of the coin depicts the Jody Clark effigy of Her Majesty Queen Elizabeth II, the weight and fineness, and the monetary denomination. The reverse of the coin includes a security feature in the form of a micro-engraved letter within the design. It is only detectable under a magnifying glass.

Secure the newest release of one of the most famous coin series in the world at the very lowest premium over the silver spot price today online from SD Bullion!