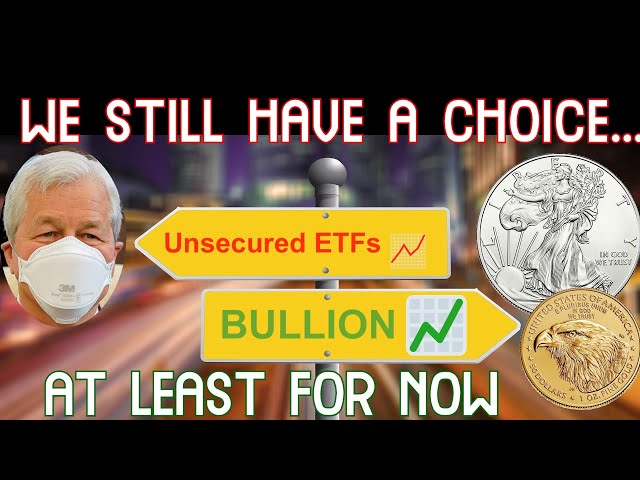 Only 50% Of COMEX Silver Available for Delivery?

In the second half of this week’s update, we make a building case for how the world is understandably unaware of a building shortage in readily available reasonably priced bullion products, not merely from small size (IE: silver bars, silver coins and silver rounds) but eventually to even institutional and industrial large-sized bullion bars.

This year’s commodity price selloffs with relative fiat US dollar strength have helped quiet headlines about many ongoing constraints here and to come. Shortages will continue to be a growing issue in the commodities and energies we need. In the coming fiat dollar bear market, that will become painfully obvious.

One only has to look back over the past decade-plus to understand how supply shortages in metals and energy have happened.

Coming from the Chinese-led 2000s commodity boom into the early 2010s Q1 & Q2 era, investment capital had yet to be swept away into various bubbles, such as the now collapsing tech sector. Over the last dozen years, a lack of capital investments and paltry values for base metals and energy have led us to this near-no-supply level quandary we are still in.

We start with an update on a video we made six months ago on this channel highlighting the shrinking supplies of base metals in western world inventories. This new London Metal Exchange inventory chart highlights how thin holdings remain. Look here; Chinese copper inventory buyers just asked for over half the remaining LME copper inventory. Good luck, London!

We turn now to fiat Federal Reserve policy which is still driving most of the market's short and medium-term narratives. Monstrously large financial conglomerate Blackrock is now signaling that the fiat Federal Reserve will begin speaking to an eventual pivot in their interest rate hiking toward the end of this year, 2022.

That's probably for the best now that the United States appears headed to paying one trillion or so per year to afford the interest payments on our world record-sized debt pile, seemingly ever-expanding.

A couple of well-known market commentators took to Bloomberg to comment on what's ahead regarding macroeconomic concerns... We'll juxtapose a few highlights of what both billionaire Sam Zell and outspoken economist Nouriel Roubini said.

The fiat Fed note spot prices for silver and gold traded sideways, finishing slightly down for the week.

The daily silver price closed at around $19.30 oz.

The gold-silver ratio stayed flat at 85.

A few days ago, popular alternative financial news website Zerohedge picked up on the story about record-high bids and asked prices for 1 oz American Silver Eagle coins in the US bullion industry.

Registered COMEX silver has fallen to 35.5 million oz this week, while the eligible pile sits at a seemingly significant figure of 265 million oz.

Notice I said seemingly in regards to the ‘eligible’ not warranted or yet made deliverable pile that currently makes up 88% of the supposed 301 million oz fractionally backing the leveraged COMEX derivative casino.

You see, fellow industry colleague Ronan Manly, recently pointed out this interesting tidbit of information published on the COMEX's CME Group website and the supposed regulatory agency's website, the CFTC.

Apparently, in Feb 2021 (aside from TAMPing down the then-growing long interest in silver futures by jacking up margin requirements), the CME Group was also busy studying. How much of the eligible silver pile (around 240 million oz at the time) could or would be deliverable if push came to shove? The owners felt it was worth their while to do so.

Around that time, only a few months later, Metals Focus reported about 103 million oz of the JPMorgan COMEX NY warehouse was unsecured SLV silver spoken for by that continually underperforming silver ETF and trust.

If we extrapolate those figures to today, the combined registered and eligible piles of perhaps deliverable silver if the owners were moved to sell and deliver is about 170 million oz total.

The US Mint, for instance, has sold over 617,000,000 oz of 1 oz American Silver Eagle coins. You can be confident the high 90% of them are still in the USA and owned by long-term bullion savers. At about $30 oz market bid for 1 oz Silver Eagle currently, that is $18.5 billion notional in value.

I made the 170 million oz estimate, the amount of silver currently outside of spoken for not deliverable COMEX eligible, mostly SLV 1,000 oz bars. Assuming their $20 oz bid right now, that's only $3.4 billion of silver bullion fractionally backing the COMEX.

Since early 2021, we have already seen some 100 million ounces of silver disappear from the combined registered and eligible COMEX pile.

And if the COMEX registered silver amount keeps shrinking at the rate it has been falling, look out early next year, 2023, for the trending zero bound.

Moving on to the City of London, another critical section of this three-card monte the financial establishment still calls the silver price discovery market.

We see the red line, the current record rate of Indian Silver demand, which kicked off in Sep 2021 and is still going, juxtaposed next to the vanishing London silver warehouse pile (again, most of which is spoken for unsecured ETF silver third-party owned already).

Even the Silver Institute is now writing tweets resembling a supposed silver pumper. The issue is that we all are highlighting verifiable facts.

When this chart gets updated in September 2022, nearly 55 million oz silver bullion import flow into India will be behind us, and the nation of India will likely break its all-time Indian silver import demand record level from 2015.

And the year's Indian silver bullion import flow is not done.

Listen best you can through his accent to what Chirag Sheth of London-based precious metals consultancy Metals Focus said this past week on an Indian CNBC-like financial news channel.

So he sheepishly admitted that India is trending to import over 10,000 metric tonnes of silver bullion alone in 2022. That is over 321 million oz or about 1/3rd of the world's annual silver supply.

Any questions out there on why the City of London silver bullion is now at an all-time low?

Again, about 1/3rd of the COMEX is unsecured SLV underlying silver sitting in New York.

London and COMEX continue draining, yet supposed ‘sophisticated’ financial onlookers might not know that given the double counting of silver ounces spoken for (ETFs) or only sold at much higher spot prices.

I remind you of the COMEX 400 oz $4GC contract, which was invented in March 2020, likely so London and COMEX could double count 400 oz gold bars in major unsecured ETFs like $GLD and $IAU. That $4GC or COMEX 400 oz gold future has no trading volume still.

Western ETF gold sales over the last year and a half have heavily contributed to over 14 million oz of gold. The west likely headed east to India, China, Turkey, and other eastern central banks and investor stashes.

Trends and rolling evidence are leading to an acute bullion shortage era.

A duration of time where even large, deliverable amounts of silver bullion or gold bullion priced reasonably close to the claimed spot price and or futures market quotations will not be attainable (mere cash or derivative settled holograms of what they pretend to represent).

Those that are too late will get to own underperforming unsecured ETFs like $SLV, $SIVR, $GLD, or $IAU.

I sincerely hope you'll not be one of them.

Hopefully, you have secured your prudent bullion stash before that potential wide-scale physical bullion shortage era arrives and bullion vs. derivative price discovery bifurcates wildly in favor of the former.