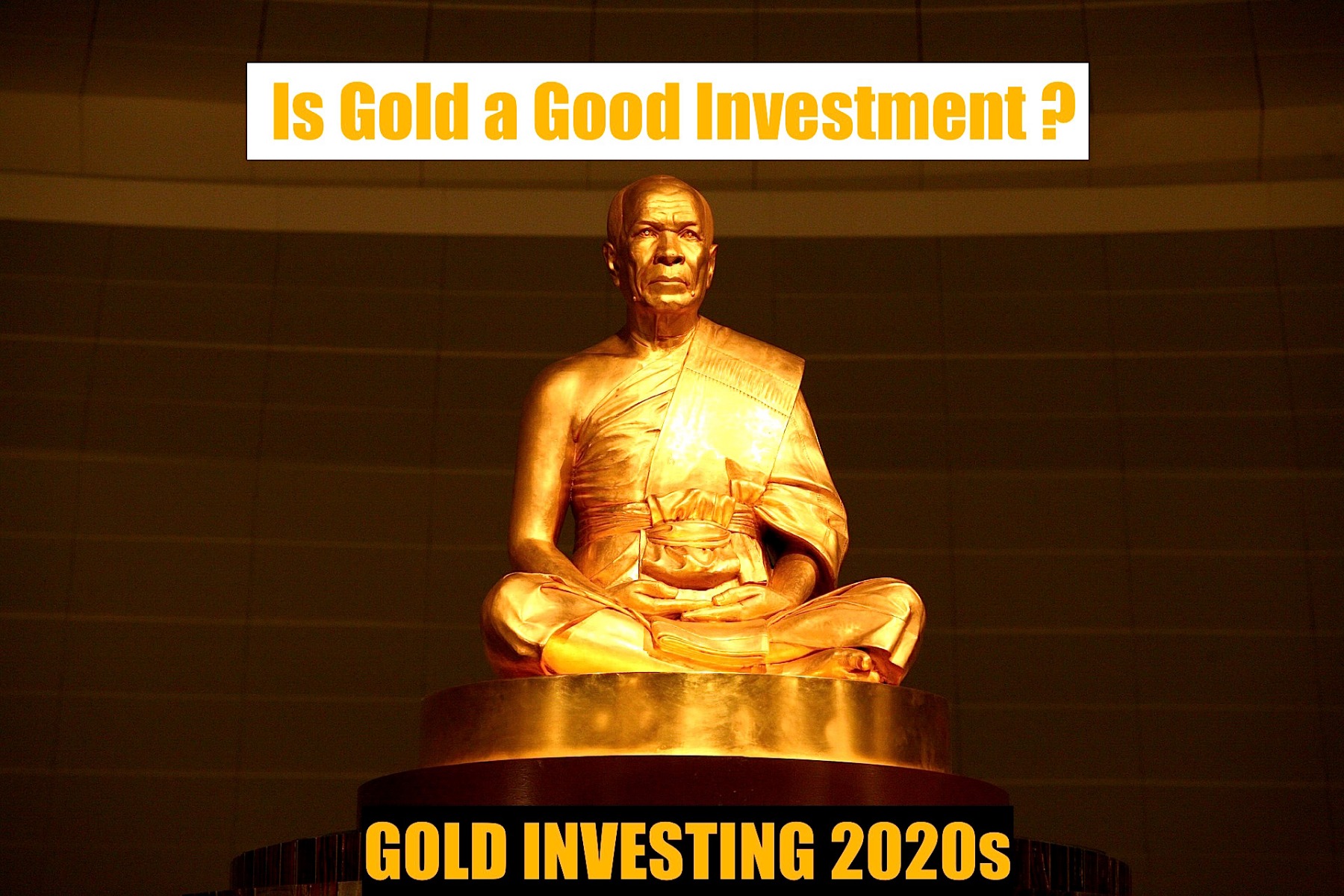 With the gold price already up over 370% in fiat US dollars since the turn of the 21st Century (see daily gold prices year 2000) and up about $300 oz since gold's fiat US dollar interim low point in late 2015.

Most gold bullion bulls have had the blues over the last eight years, especially given where gold prices last peaked in 2011.

If these gold bullion bulls got properly positioned chances are high their gains in real estate, bonds, or stocks surely offset gold underperformance the last few right years or so.

The fundamental factors for buying and owning a prudent gold investment allocation have never been more sound.

Here we review what many of those factors are. Remember that in the long run, we humans use and create currencies that die off in time. Only gold and other physical precious metals last our and our progeny's lifetimes. Historically it is always intelligent to have a prudent position in physical gold bullion after all this is what many long-lasting dynasties and forward-looking governments have ever done, owning some gold bullion forever.

Yes, we feel a bit like Doug Casey, stuck on repeat with gold bull takes in late 1980, on The Phil Donahue Show saying the same thing year after year.

But unlike gold following its early 1980 price peak, this 21st Century Bullion Bull Market still has way more room to run based solely on the sheer amount of fiat currency M1 and M2 supplies flooding the world's financial system.

Some of the shrewdest billionaires are going long gold now, and one of the most accurate gold analysts is saying new nominal gold price highs are only a few years from certainty.

Is gold a good investment for the future?

What we are strongly suggesting is that gold is perhaps the best money you can own for the future. Gold bullion in hand won’t pay you monthly dividends aside from giving you more restless nights knowing that gold tends to perform best when everything else does not.

There are but a few different reasons and real historical cases why dynastic families have always held influential positions in gold. What we are suggesting is that each investor in the 2020s should consider having a prudent gold allocation, occasionally adjusting as prices climb and or fall. Gold bullion ownership is for the most extended term.

What is a good Gold Allocation Percentage?

That is a personal question we cannot answer for you. There is both a case for having too little exposure to gold, as well as having way too significant an exposure to gold.

We suggest you read this nearly 50-year gold price performance backtest to determine perhaps how gold might continue fairing versus US bonds and US stocks (both who have been in raging bull markets of late while gold has only seen meager gains in the 21st Century.

Remember too that measuring gold in fiat US dollar is also a bit of a fool’s errand. That currency is ultimately going to devalue another 97% to gold as it already has since gone fiat entirely without official gold backing. It systematically designed to when given enough time.

Look back at the former reserve currency of the world (the British Pound sterling) and how it has behaved since losing its pseudo gold backing and dominate reserve currency status. We’re now nearly five decades running with this fiat Federal Reserve note dominating the world’s currency system.

All types of new digital threats are appearing, and technologies advance likely mean new, more demanded currencies are on our horizon. 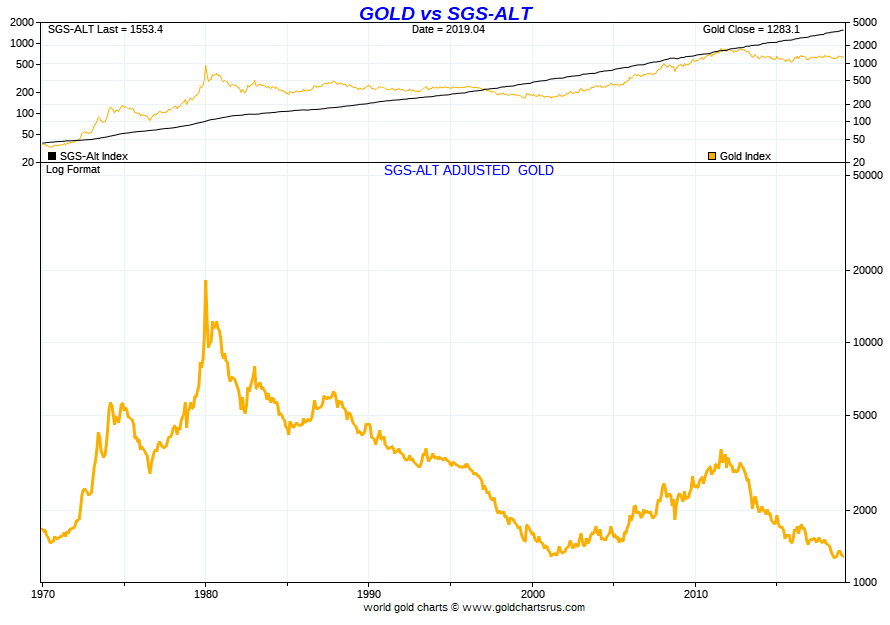 With the recent early 2019 bankruptcy of one of the largest gold refiners in the western hemisphere, and given the amounts of physical gold flowing east year after year (India, Russia, China).

stands to reason with all factors weighed, that if the perfect storm hits the financial world, acquiring enough gold bullion in any real size of scope will become quite difficult and expensive to do (that is how it was in late 2008 for bullion buyers).

All scared investors may be left to buy will be risk-laden derivatives if they function still, or gold mining shares that can and often do go to zero in value based on whimsical geological disasters, political turmoil, or pure insolvency due to missing on ore recovered claims, or drill hopes turned sour.

We suggest it is prudent sense to sure hold some fiat US dollar cash for the next recession likely around the corner. But also, by all means, diversify some wealth into the most real money the world has ever owned before doing so becomes difficult having to pay premiums through the eye or next to impossible no matter who you know.

And thanks for visiting us here at SD Bullion.