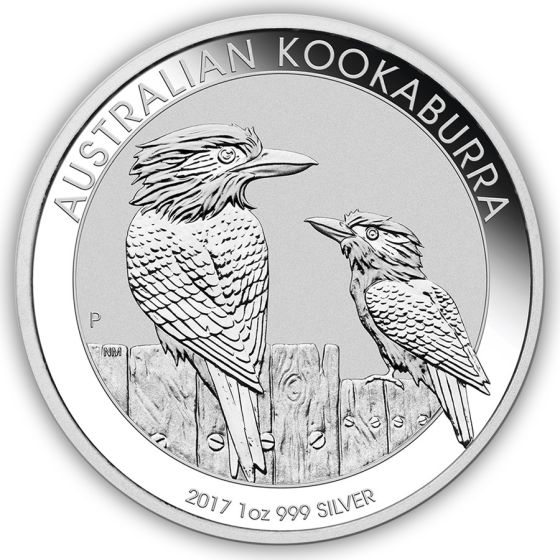 The oldest element of the annual program designed to capture the essence of Australian wildlife (run by the Perth Mint), the Silver Kookaburra is a well-known silver coin series that has captivated collectors and investors for years. Its newest release, featuring the expected design overhaul for this year is the 2017 1 oz Silver Kookaburra coin.

Being one of the longest running silver coin series, this 2017 release marks an impressive 28th annual redesign. These coins were first released in 1990, as part of a series that was aimed at showcasing the unique fauna in Australia. Moreover, this coin is the inspiration behind the well-known Kangaroo and Koala coins, which are released annually by the Perth Mint.

Established as a subsidiary of the Royal Mint in London, the Perth Mint’s original purpose was to refine and mint gold bullion sovereigns and half-sovereigns for use in the commonwealth of the British Empire. Today, it is owned by the Government of Western Australia and produces legal tender for Australia in conjunction with the Royal Australian Mint. Presently, it is the oldest functioning mint in the country.

There is very little doubt regarding the quality and polish of products that the Perth Mint releases, and hence these annual releases are an anticipated affair. Each of these coins consists of one troy ounce of pure 0.999 silver. Additionally, every coin is in BU (Brilliant Uncirculated) condition, which ensures that all these coins are in pristine and untouched condition. Furthermore, these coins are recognized as legal currency in Australia and are assigned the face value of 1 AUD.

Imagery of an adult Kookaburra accompanied by a young one, resting on a wooden fence, is seen on the reverse of this coin. It is renowned for the Kookaburra’s wild call, which sounds a lot like human laughter. This image depicts the uniqueness, beauty and grace of the Australian wild in all its glory.

The obverse, like all other legal tender in Australian silver coins, portrays the majestic Ian Rank-Broadley image of Queen Elizabeth II, with her name, name of the issuing country and purity and weight of the Silver encircling it.

Investors and collectors both have a soft spot for the Kookaburra Silver coin because of its limited mintages; its value to collectors stems from their wish to complete their Australian coin collections. Additionally, they are a great method of expanding and diversifying your precious metal portfolios to ensure that your investments remain rock solid.