Instead of accrual accounting, the US goverment marks to model its debts on a modified cash basis. Learn the stunning amounts it legally owes today and ahead.

Mark to Model vs Mark to Market

The combination of now some $544 trillion to $1.2 quadrillion in sophisticated financial derivatives being marked to model vs marked to market helps allow many financial would-be bankruptcies to be delayed longer than likely would be if true GAAP principles were applied in valuing many financial company and corporate balance sheets. Over financialization and accounting gimmicks eventually run into trouble.

Freasures in money flows in the financial system in 2007 and 2008 were much in part due to a lack of confidence and counterparty knowledge of who was solvent and who was not. In short, trust was lost without knowing who had “toxic debts” and who did not.

The repeal of the Glass Steagall act in 1999 allowed extended financialization of the US economy and this further mark to model masked instability it still likely present today.

It is now being reported by veteran forensic accountants, that many publically traded companies are now increasingly using 'alternative metrics' to avoid GAAP reality and stringent accountings or financial reportings.

The US government continues to use cash basis accounting which does not take into account the net present value of its legally bound future liabilities (now estimated to be some $210 trillion USD in size).

This is why talk of the USA having a balance budget in 2001 was and will forever remain asinine. By SEC standards, this episode (if it were a publicly traded company) would have likely been prosecuted as accounting fraud.

Often we hear of the USA’s ever growing $22 USD trillion debt which is now larger than our nation’s annual gross domestic product (GDP). This gorwing national debt figure tells but a fraction of the true current and near future situation we face as a nation.

What often gets ignored are the much larger, legally required, mostly unfunded payment liabilities ahead for pensions, Social Security, Medicare, private debts, and other mandatory government IOUs.

Some expert estimates state the USA has a current fiscal gap of about $210 USD trillion in net present value. For perspective our nation’s GDP is about $20 USD trillion a year. 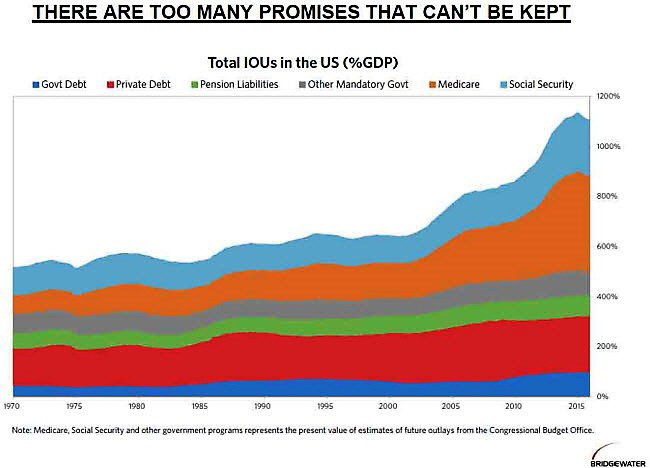 Poor demographics are not helping the situation either. About 1/4th of the USA’s population is made up of elder ‘baby boomers’ who are actively retiring at a clip of about 10,000 per day from the workforce.

Given the combined consistent loss of the US dollar’s purchasing power over the last 15 years specifically and the virtually nonexistent growth of median incomes over the same timeframe, it’s difficult to foresee to whom (in mass) these retiring investors will sell their assets to help fund their retirements with. 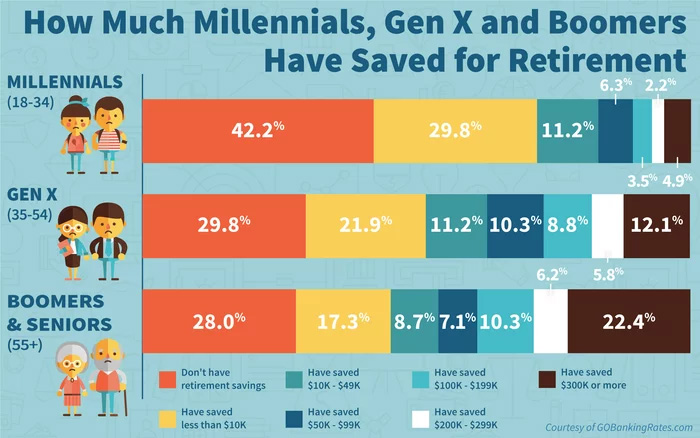 Based on demographic math and general investor ages in the west, the 2020s should become very volatile for interest rates, bonds, equities, currencies, and thus bullion valuations as well. The recent record low volatility era will most likely be replaced with extreme volatility ahead.