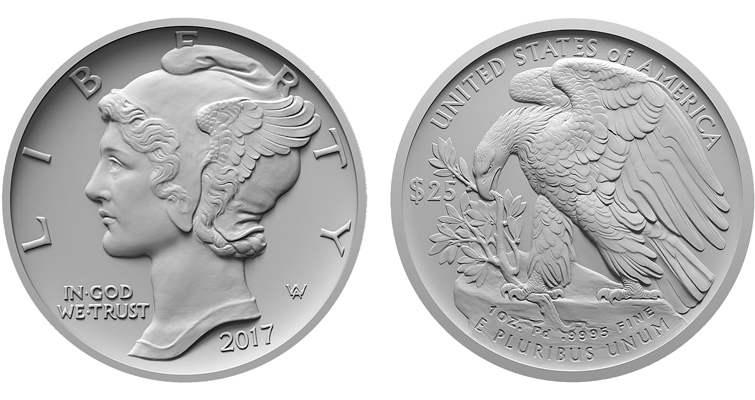 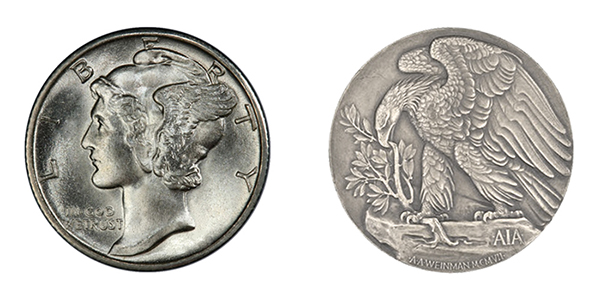 However, the Act only mandated the creation of the bullion version of American Palladium Eagles, and left it at the Treasury Secretary’s discretion, whether the United States Mint should produce coins for collectors in uncirculated and proof versions. This legislation also stipulates that the designs on these coins should be ‘high relief.’

After Congress passed this Act in 2010, the Treasury Secretary commissioned an independent third-party study, to ascertain the market demand, which would influence the strike quantities for this coin. The findings of the agency handling this study, CPM Group, were submitted to the Secretary in 2013. The results of this study were supposed to determine the economic feasibility of striking these coins, directly affecting their availability. These findings should have been positive for several reasons.

Firstly, the American Palladium Eagle coin is set to be the very first coin minted by the United States Mint using palladium. Secondly, it will add another variation, with a spot value falling squarely between gold and silver, to one of the most successful coin series in the world – the American Eagle Coins. Thirdly, the exquisite Adolph A. Weinman depiction of the Winged Liberty is sure to attract collectors who appreciate these designs and value them for more than their intrinsic precious metal value. Lastly, it will also allow investors to add an official United States coin made of palladium to their precious metals portfolios – solidifying their investments further.

However, the report generated by CPM Group underlined certain challenges in proceeding with Palladium Eagle coins. One of the obstacles outlined by the report submitted to the Treasury Secretary pertained to the relatively new palladium market, summarizing the traditional perception of palladium as an industrial metal rather than a precious metal with intrinsic value.

However, numismatists seem to relish the idea of an official palladium coin of the United States, part of the famous American Eagle series to boot. A few also predicted that palladium coins with brilliant designs would quickly become items worth displaying or gifting. Additionally, most of the players in the precious metals market disagreed with the report findings that said palladium is a relatively unloved metal. Considering the fact that palladium has been traded in various Exchange Traded Funds or ETFs since 2009, the value of this precious metal as an investment asset is already proven.

A few other collectors across the country protested the findings of this market study, one that did not involve surveying collectors at all. Another obstacle detailed by the study pointed to the unsuccessful performances of other palladium based investible products released in the past. However, experts argue that this occurrence stems from the limited supply of this metal in coin form, not the lack of demand.

Nevertheless, the United States Mint Acting Quality Manager Ronald J. Harrigal confirmed in July 2016, that the Philadelphia Mint was in overdrive, working toward issuing this much-awaited coin. However, the coin slated for release in 2016, has been delayed to early 2017, and is expected to release sometime this year. The bullion coins are set to be sold through the United States Mint’s official network of authorized retailers, on release. If the Mint provides the network with a sufficient supply of these coins, they should be available at reasonable premiums over the spot price of palladium (close to their melt values).

On the other hand, the United States Mint will sell the collector variants (proof and uncirculated) of these coins, if minted, directly to the public. Unlike the bullion versions, however, these coins will command higher premiums over the spot price, just like all other uncirculated and proof products sold by the United States Mint. American Palladium Eagle coins intended for investors will be sold with a bullion finish, and by law, they will have to be struck by any minting facility other than the West Point branch of the US Mint. Interestingly, these coins’ designs are imprinted by using just enough pressure to impart the required design on the coin faces.

Coins in the uncirculated and proof quality, if struck, will be struck using special blanks and the designs will be imprinted with more force compared to the bullion variety. Since collectors place a great deal of value behind the condition of the coin, this process will be slower to ensure the absence of unnecessary imperfections in the Palladium Eagles of this type. Moreover, the bullion Palladium Eagles will not feature any mintmark, while the uncirculated and proof versions will bear the mintmarks of the minting facilities producing them.

As the year 2017 progresses, many in the investor and collector community anxiously await the release of this coin; the American Palladium Eagle coin, the first palladium based coin issued by the United States Mint, is bound to be an instant hit in the precious metals market. And when these coins become "live" on the market, SD Bullion will be carrying them at the lowest price online guaranteed!