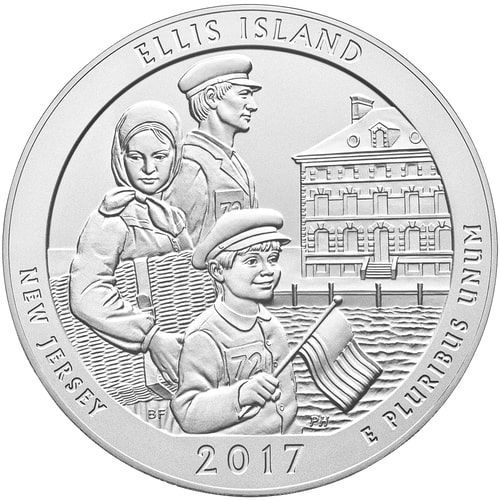 From 1892 to 1954, Ellis Island was the largest and most active immigration station in the United States, where approximately 12 million immigrants were processed. On average, the inspection process took approximately 3-7 hours. For the vast majority of immigrants, Ellis Island truly was an “Island of Hope” – the first stop on their way to new opportunities and experiences in the United States. For the rest, it became the “Island of Tears” – a place where families were separated and individuals were denied entry into this country.

Ellis Island was added to the Statue of Liberty National Monument in 1965 by Presidential Proclamation and is administered by the National Park Service. The main building re-opened in September 1990 as the Ellis Island Immigration Museum, at that time the largest restoration project in U.S. history.

Most of the remaining unrestored buildings on Ellis Island were one of the first and largest public health hospitals in the United States. The facility was considered to be the most modern of its day. The 725-bed Ellis Island Hospital Complex, completed in 1909, consisted of a powerhouse, morgue, laboratory and housing for doctors and nurses. Covered corridors connected the main hospital building to infectious disease wards, kitchens, laundries and recreation facilities for patients and staff.

Since a U.S. Supreme Court ruling in 1998, Ellis Island, all of which is federal property, belongs within the territorial jurisdiction of both New York and New Jersey depending upon where you are. The iconic main building, housing the immigration museum, is within the boundary of New York State. Since the island was expanded over many years to its current 27.5 acres, this expanded area, which includes the hospital complex, is now within the territory of New Jersey.