Due to unprecedented demand, we are currently experiencing shipping delays of 5-10 business days after payment clears. 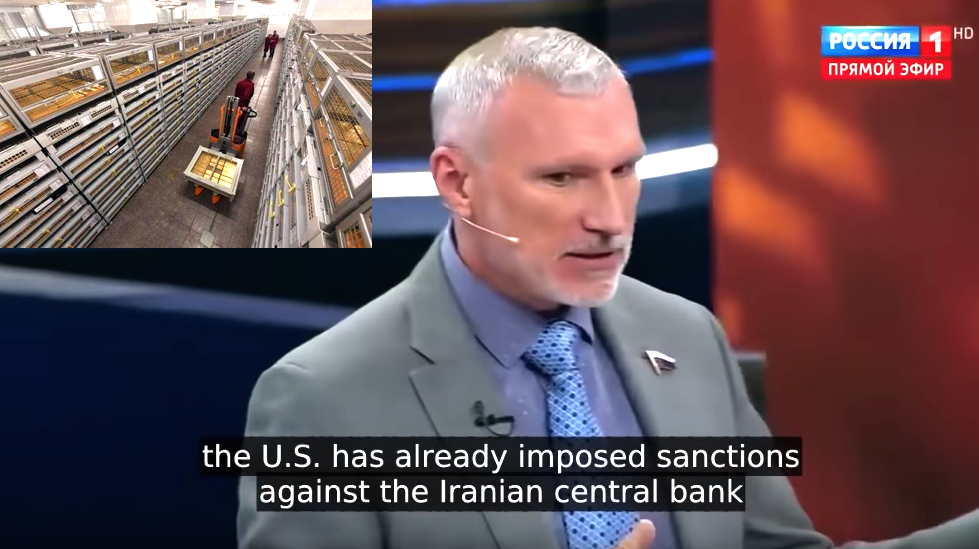 For years now, we have covered the topic of Russia increasing her government Russian gold bar position now about 5Xs what they held in the middle 2000s.

Even mainstream financial is now forced to cover the ever-increasing Russian Gold Reserves month after month, and into the 2020s. Often Russia buys about 1 million ounces of official Russian Gold Bars.

For years now, we have covered the topic of Russia increasing her government Russian gold bar position now about 5Xs what they held in the middle 2000s.

Late last month in May 2019, the topic of Russian Gold Bar buying got both covered and passionately discussed on a favorite local Russian TV Show.

"Western financial experts are panicking. Russia continues to decrease its dollar assets as it bets on gold, buying record amounts of it, compared to other countries."

While this statement above is a bit hyperbolic, the fact remains that Russia currently has the world's most official gold reserves both in comparison to her fiat currency issued and outstanding (M1 vs. Official Gold) as well as gold ownership to their overall GDP metric.

The following is a clip of the topic discussed on Russian primetime TV, as well as some related videos to Russian Gold Bar buying. How much is known by the general citizenry?

Over the last decade and more prolonged, both Russian and Chinese government policies have been to acquire gold bullion to deter the threat of being cut out of the fiat US dollar based SWIFT payment system.

In the years and decade to come, a new eastern based and led monetary payment solution system will likely emerge as their non-US dollar payment option. Whether or not we end up living under bifurcated monetary and trade settlement regimes (east vs. west) does not change the following truth.

When one lives in a world where fiat currency and digital currency issuances are all unlimited (sovereign or private blockchains), owning a prudent bullion investment position makes good common sense no matter where in the world you reside.