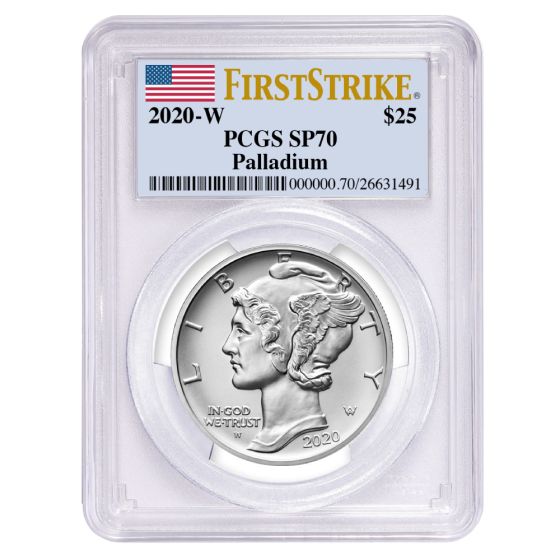 With the successful unveiling of the American Palladium Eagles, the United States Mint's first official palladium coin, debates have surfaced all over the place regarding the use of this precious metal. Nevertheless, this controversy seems to have been resolved once and for all by the slow, but constant, bloom in the number of palladium investment vehicles. While investors are instinctively attracted to precious metals such as gold and silver, diversification has been made much simpler by other alternatives.

Legal-tender palladium coins are sponsored by sovereign governments, offering a certain sense of security to buyers and collectors. Their government-backed status, in addition to inspiring confidence, makes them more collectible, much like gold and silver coins, than other palladium investment vehicles. While these face values are simply symbolic, in the eyes of many consumers they are considered a stamp of government-backing, making them more stable investments.

The US Mint produces Palladium Eagles with 1 oz of .9995 fine palladium. Furthermore, these coins are "burnished", which means that the coin blanks were polished before being struck. Additionally, PCGS graded these 1 oz Palladium Eagles as perfect SP 70 with the First Strike label.

The Palladium American Eagle's design is very similar to that of the Mercury Dime (1916-1945). This design depicts the image of Lady Liberty with a Phrygian hat over her head. The word "LIBERTY" is displayed over the top of the coin in letters spaced out, "IN GOD WE TRUST" and the "W" mintmark is minted to the left of Lady Liberty and "2020" is minted to the lower right of it.

Like most US Mint items, the reverse of the Palladium Eagles features a beautiful bald eagle design. A bald eagle perched on a rock while holding a branch in its beak is included in the design. While a much less famous piece, this concept is also a replica of a former US Mint piece: the 1907 American Institute of Architects Gold Medal.

The increasing popularity of palladium, limited mintage, W mintmark, and SP-70 quality all combine to make this Palladium American Eagle one of the most collectible items of 2020. Pick yours up today at the lowest price for palladium in the industry from SD Bullion.